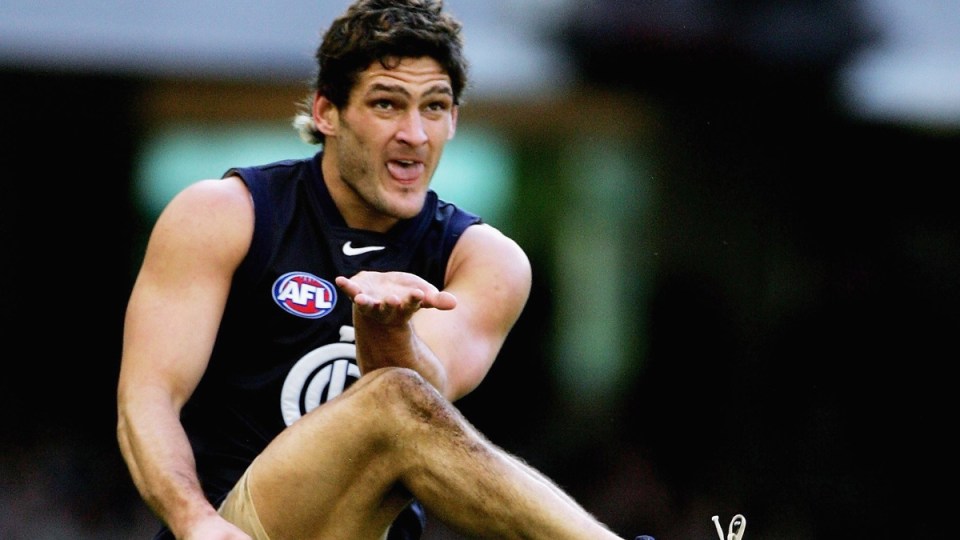 Superstitions. They have always been popular among sportspeople and range from the slightly odd to downright ridiculous.

The MLB star urinated on his own hands before matches for “good luck”, claiming it toughened up his skin.

Basketball legend Michael Jordan famously wore his college basketball shorts under his NBA gear during his most successful days with the Chicago Bulls, while tennis legend Serena Williams does not wash her socks during a tennis tournament if she’s on a winning streak.

And closer to home, AFL star Brendan Fevola confessed to eating two McChicken burgers before matches after kicking 12 goals one time, sparking a superstition we suspect he kept quiet from his coaches.

So why is it that seemingly logical, high-functional people act in ways that are, by definition, completely irrational?

How a superstition forms

A superstition reflects the misattribution of a cause and effect relationship between an action and an outcome.

It’s the erroneous causal link that binds two co-occurring, but unrelated events, and it’s more likely to occur in situations where the outcome is uncertain, and the importance of the event is high.

People with superstitious beliefs know they’re silly – but that doesn’t stop them from repeating the action.

Not to be confused with a pre-performance routine that may see an athlete engaging in a repetitive technical action or rehearsing an imagery script, the key component of a superstitious belief is the element of magic.

There’s a magical attribution of luck or some higher power to an object that is undeserving of such value.

But if you think magical thinking sounds crazy, think again: illusions of thought are actually a hallmark of good mental health.

Illusions of optimism help us all to believe that our future will be better than our past, and illusions of our own wellbeing help us to feel we’re happier than most people.

Illusions of control help us to feel confident and encourage us to persevere to achieve a successful outcome.

Why does our brain do stupid things?

Under conditions of uncertainty, our brain is motivated to restore a sense of control.

Uncertainty breeds self-doubt and self-criticism, and engages the brain in efforts to protect itself.

The increased heart rate, sense of breathlessness, hands trembling and dry mouth are all coincident with the release of stress hormones such as cortisol that prepare the body to fight its attacker or flee as fast as possible.

This state will continue so long as the brain perceives threat.

In order to stop the threat, a sense of control needs to be restored, and so the brain looks to anything that can help to inhibit that response.

If it works, the brain will be able to redirect its energy to the areas of the cortex responsible for executing motor functions and making smart decisions.

So, in this model, superstitions are a medium through which the brain can regain a sense of control. It doesn’t matter that the action is irrational, because the belief is real.

The element of chance

Success in sport involves elements of both skill and chance.

One is controllable and one, by definition, is not.

For confidence and self-efficacy to be high, belief in skill must supersede belief in chance.

Anything that gives an athlete the perception that they have an edge over their opponent is helpful to their performance. Even if it means they look like an idiot in the process.

When you work with elite athletes, you want them to believe that they are in control of the outcome, that they have the skills and ability to execute the correct action or actions to facilitate a successful performance.

That’s why I don’t like to wish my clients “good luck” because it emphasises chance, rather than skill.

Do I want to send athletes off with the final message that after all their preparation, after all we’ve done to build their confidence, it all ultimately comes down to luck?

Why would I send them off to competition thinking they’re not in control?

Similarly, when an athlete makes a mistake, I don’t like to say “bad luck”.

Instead, understanding what went wrong by way of technique, strategy, or preparation, provides the athlete with feedback that they can use to enhance their performance next time.

We don’t leave anything to chance.

But indirectly, research shows that elite level athletes who have superstitious beliefs are more likely to persevere and keep fighting than those who do not.

Believing that they are in control feeds a sense of confidence that motivates athletes to try harder, and subsequently, makes them more likely to succeed.

So if you’ve ever gone to a job interview wearing your lucky undies, you’re not alone.

Just make sure you don’t step in any cracks in the sidewalk on your way in.

The truth about athletes and their crazy superstitions