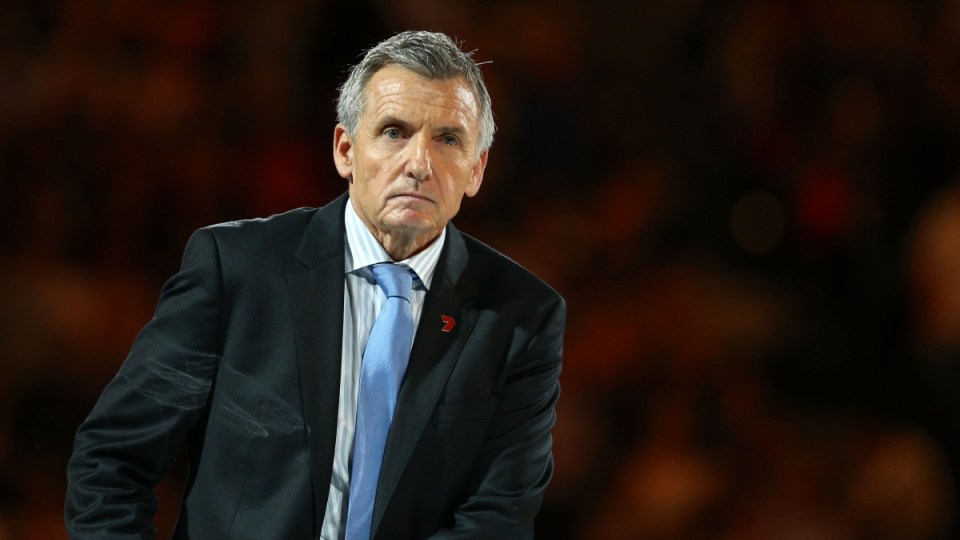 Bruce McAvaney, pictured at Rod Laver Arena in 2015, missed the Australian Open this year for the first time since 1999.

McAvaney, 63, told the Herald Sun he was diagnosed with leukaemia two years ago but was “living a complete life”.

“It is quite strange to say I have leukaemia because I feel well,” McAvaney told the Herald Sun, adding that the illness was partly behind his decision to quit calling the Australian Open tennis.

“Look, it could be very serious,” he said of the Chronic Lymphocytic Leukaemia, or CLL, a type of blood cancer. “It could jump out of the ground at any moment. I don’t expect it will. But I’m living a complete life with no restrictions.”

The Channel Seven stalwart said the illness was picked up when he returned an abnormal blood test during a routine check-up. He then had to wait two weeks for test results, which “was a bit daunting”.

McAvaney said his busy work schedule, which has previously taken in a full calendar of sporting events such as the AFL season, the Spring Racing Carnival, the Olympics and the Australian Open tennis, had started to catch up with him at the end of last year,

It prompted his decision to drop his tennis commitments and spend his first summer in 27 years at home with wife Anne, son Sam, 22, and daughter Alex, 19.

He will be on deck on Saturday to call Sydney’s leading horse race, the Golden Slipper, and felt “rejuvenated” and for the start of the AFL season on Thursday night.

He expects to call the athletics at next year’s Commonwealth Games on the gold Coast and head to Tokyo for the 2020 Olympic Games.

“Every morning I wake up and there is a football match to look forward to, there is a race meeting, there is an Olympic Games coming up, it’s ridiculous, but it’s the way I live.”

Bruce McAvaney reveals he has cancer