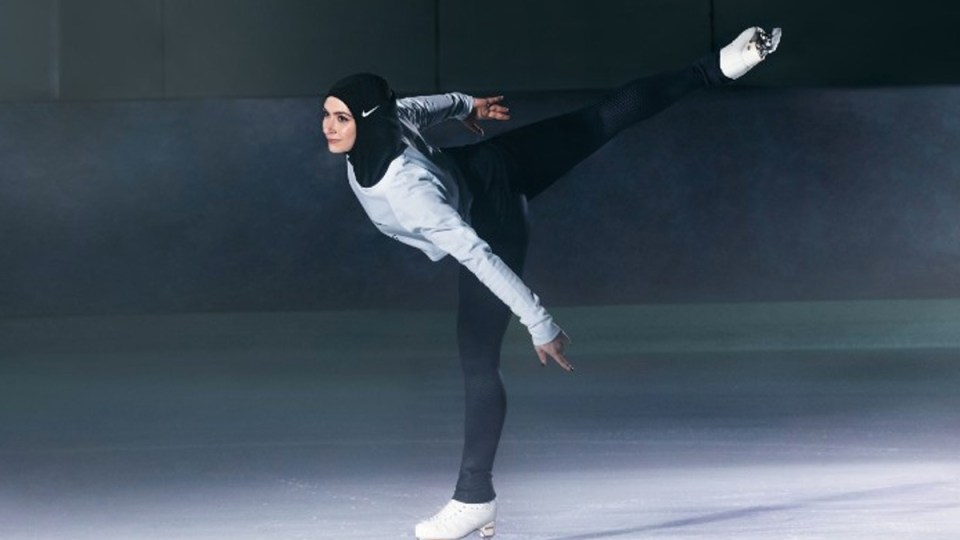 Nike have unveiled plans to release a high-performance hijab in 2018, a move praised by Muslim athletes.

The sportswear giant say its “Nike Pro Hijab” will address performance problems linked with athletes wearing a traditional hijab while playing sport, such as its likelihood of shifting during action and a lack of breathability.

The company has consulted with Muslim athletes, like figure skater Zahra Lari, during the design process, and say the garment – which will be made out of lightweight polyester and as breathable as possible – will be on sale next year.

“The Nike Pro Hijab has been a year in the making, but its impetus can be traced much further back to Nike’s founding mission, to serve athletes, with the signature addendum: If you have a body, you’re an athlete,” a Nike statement read.

Emirati skier Lari added: “I was thrilled and a bit emotional to see Nike prototyping a hijab.

“I’ve tried so many different hijabs for performance … so few of them actually work for me.

“But once I put it on and took it for a spin on the ice, I was blown away by the fit and the light weight.”

Given Lari’s work with Nike on the product, her comments should be taken with a grain of salt, but reaction across social media proved to be largely positive.

Others claimed that several companies had been producing hijabs designed for use during sport for some time.

But before Nike, there were companies doing this work. @Capsters @Resporton_Hijab and @friniggi + more who have been doing this A LONG time.

Why do Muslim women wear a hijab, a burka or a niqab?

The Koran says men and women should ‘cover and be modest’.

How each man or woman should dress is open to interpretation, but most common in Australia is the hijab.

A hijab is a headscarf that covers the hair and neck, but not the face.

A niqab is a veil that covers the head and the face, but not the eyes, and is usually worn with a loose black garment that covers from head to feet.

A burka is a veil that covers the entire body and face, with a mesh window or grille across the eyes to see out of.

Muslim women do not wear a veil or headscarf in front of their immediate family, which usually means a hijab, burka or niqab is not worn at home.

The company recently released an advertisement in the Middle East that told the story of women trying to achieve sporting goals.

It has been viewed more than 2.2 million times on YouTube.

“Nike obviously see it [the Middle East] as an emerging market,” she told The New Daily.

“We are seeing more and more Muslim athletes on the big stage and with this, I think Nike have found a niche.

“They are marketing the hijab as a high performance garment and this will help them broaden their appeal to the public [there].

“Nike are pretty savvy and they are looking to address a need.”

“What they have done is use people in their marketing who will actually use it [the hijab], as opposed to using a model,” she said.

“It appears authentic and real. And if it wasn’t, consumers today, who are very savvy, would pick up on that.”

A report in The Guardian claimed the Islamic market could be worth over $5 trillion by 2020.