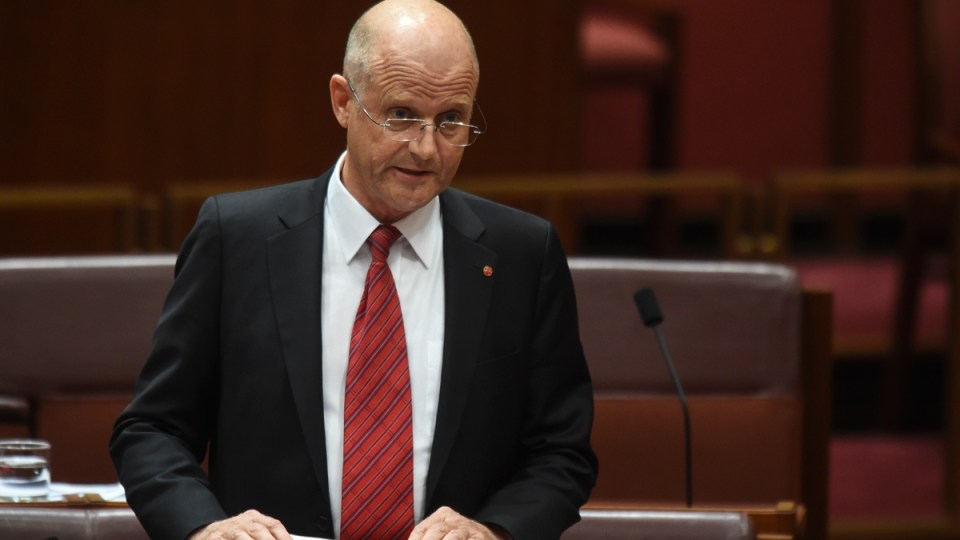 Liberal Democrat Senator David Leyonhjelm is under fire following a message he posted on Twitter on the day sports journalist Rebecca Wilson passed away.

Wilson – who wrote for Sydney’s The Daily Telegraph – unexpectedly passed away at the age of 54 after a “long battle against breast cancer”, her family said.

The news led to a series of tributes from a range of sporting figures including Cathy Freeman, Liz Ellis, Geoff Huegill and Kerry O’Keeffe.

But Senator Leyonhjelm was slammed for his response to the news on Twitter, with ex-AFL star Daniel Harford calling him a ”scumbag”, while Victorian Labor MP Martin Pakula called for him to resign.

Senator Leyonhjelm’s tweet, viewable below, referred to Wilson’s News Corp article in November last year which named just under 200 A-League fans, many of them supporters of Western Sydney Wanderers (WSW), who were banned from attending matches. He also re-tweeted a message from a Twitter user which said: “She spread hate, ruined lives and just because she’s 6 ft under doesn’t make her a saint.”

The response on Twitter was swift, emphatic and almost entirely against Senator Leyonhjelm.

@DavidLeyonhjelm You're a scumbag, mate.

Resign from the Senate @DavidLeyonhjelm

Senator Leyonhjelm refused to back down from his comments, though, issuing a statement to The New Daily which read: “Rebecca Wilson wrote a story in the Sunday Telegraph in 2015 in which she purported to name and shame fans of the Western Sydney Wanderers who she claimed had been banned by the Football Federation for loutish behaviour.

“This was accompanied by photographs of the individuals.

“In fact, some of the people named had never been banned, some had been banned on spurious grounds, and some were under 18 and should never have been named even if they had been legitimately banned.

“The response by fans was to boycott games, eventually forcing the FFA to modify its approach to banning fans and to treat them with decency and natural justice.

“However, Western Sydney Wanderers fans never forgot Wilson’s failure to check facts or shabby treatment. As I said in my tweet, I do not expect them to attend her funeral.

“If you think that’s offensive, you need to get out more. I stand by my tweet.

“Furthermore, death does not suddenly absolve us of what we did when we were alive.”

“Courage has always been a significant part of her DNA”

“Courage has always been a significant part of her DNA, no less in her desperate battle against her insidious disease.

“Rebecca kept knowledge of her illness a closely guarded secret.

“The majority of her friends, colleagues and indeed members of her family were unaware of the extent of her illness.

“She did so to limit their suffering.”

Alan Jones said on 2GB: “Bec was a force of nature, in a way. She was brilliant, she was unsparing.”

Fairfax football writer Caroline Wilson said on ABC Radio: “She broke the mould in sports journalism in New South Wales, which … is a lot tougher than Victoria.

“The NRL boys club and the culture in New South Wales and Sydney is so much tougher than the AFL equivalent.

“She absolutely trail blazed that area.”