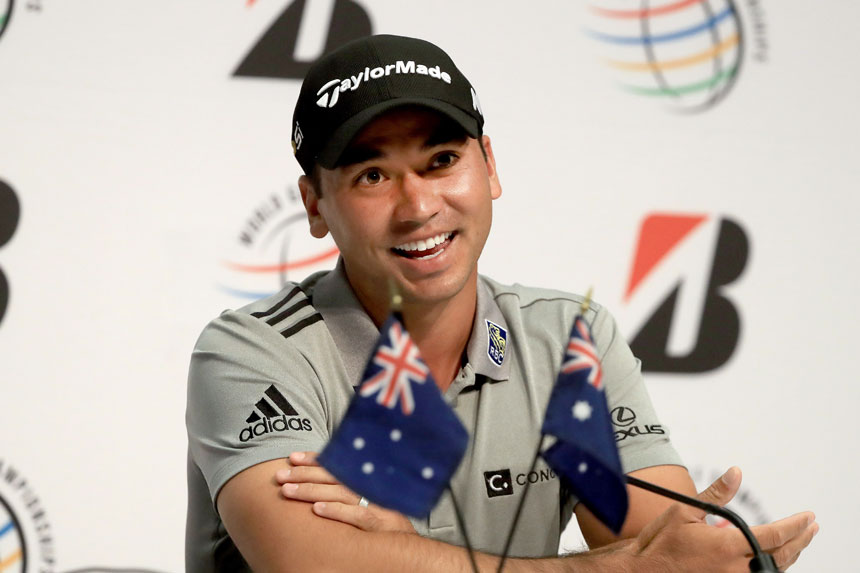 A funny thing happened to Jason Day on his way to the Open - Donald Trump got in the way. Photo: Getty

Another day, another high-profile withdrawal from the Olympic Games in Rio de Janeiro.

Jason Day – the world’s best golfer – took his turn late on Tuesday evening (AEST), announcing in a statement that he would “not place them [family] at risk” by attending sport’s biggest event.

The Aussie was referring to mosquitoes and the Zika virus, which have taken their toll on some of the Games’ biggest names before they’ve stepped foot in South America.

Of course, Day is not the only big-name absentee. Golf’s field has been particularly gutted by withdrawals, and Aussie tennis players Nick Kyrgios and Bernard Tomic have also given the Games a swerve.

Even some of the world’s leading marathon runners, such as Denis Kimetto and Wilson Kipsang, have decided to bypass the Games to focus on big-money events in New York and Berlin later this year.

That’s because the world’s sports market is changing.

‘Mozzies’ or not, more and more sports people are starting to overlook the Games. Why? Because they don’t pay.

In the sports that attract major followings, athletes don’t need the Olympics any more. The golfers may have started a trend that will spell the end of the Games.

With less than 50 days to go until the Rio edition begins, it’s clear that the Games are in a bad way.

Rio de Janeiro is financially broke and has had to withdraw money from education and health to pay for the party.

Just last week, Brazil’s Federal Government loaned the city a whopping $US850 million to ensure essential infrastructure would be ready by the Opening Ceremony.

There are also considerable security concerns for visiting athletes and tourists, with the frightening robbery of Paralympian Liesl Tesch at gunpoint last week a chilling reminder that Rio has one of the world’s highest crime rates.

Combine fears about health and safety and the fact that athletes won’t be getting paid, and you can easily understand why the Games aren’t the drawcard they were.

Golf last featured in the 1904 St Louis Olympics and the 2016 Games were meant to be highlighted by the sport’s return.

There are no bigger names in golf than Jack Nicklaus and Tiger Woods, but even their urging has not stopped the withdrawals.

World No.8 Adam Scott said his schedule was too busy to play at the Olympics. Marc Leishman isn’t participating due to concerns about his wife’s health.

And Day followed suit with a statement in which he expressed “concerns about the possible transmission of the Zika virus and the potential risks that it might present to [his] wife’s future pregnancies and to future members of [their] family”.

The withdrawals leave Australia without a golfer in the world’s top 75 at the Games.

If, as Woods had hoped, the Olympics were meant to rival the majors in terms of the quality of the field, Rio has been an outstanding flop.

The current players are voting with their feet and after the 2020 Tokyo Olympics, it might be another 112 years before the sport appears again at the Games.

Tennis is another sport whose Olympic future is clouded, but at least its main headliners will be at Rio.

Unlike their golfing counterparts, Novak Djokovic, Andy Murray, Roger Federer and Rafael Nadal, and many of the women players have committed to Rio.

As has been well publicised, Kyrgios and Tomic have decided not to attend.

Although their tennis tantrums are not Chef de Mission Kitty Chiller’s ‘cup of tea’, the Games will be all the duller for their absence.

Unlike Australia’s athletes and swimmers, Kyrgios and Tomic don’t need the Games, or Chiller.

There is little to no financial incentive for them or the world’s top golfers to attend.

Of course, there is more time for withdrawals to be announced. We shouldn’t be surprised.