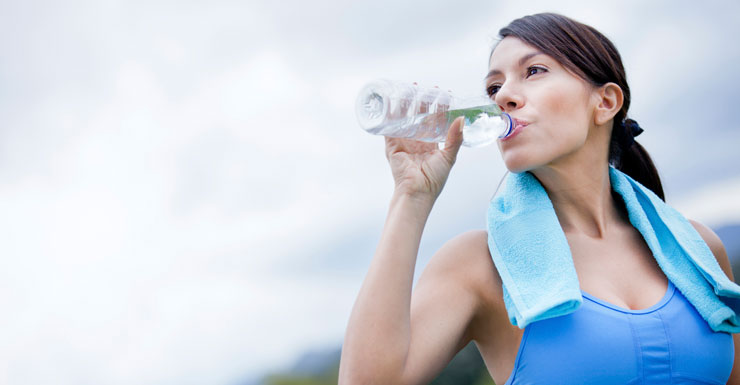 The Australian Institute of Sport (AIS) has confirmed it is investigating a rapid weight loss method known as “water loading”.

The practice is common in combat sports such as boxing and mixed martial arts (MMA), where fighters are required to weigh in at a certain amount before a fight.

Water loading involves athletes drinking excessive amounts of water for several days, which is potentially dangerous, and then moving into a state of severe dehydration for at least one day.

The dehydration can lead to weight loss and the thought behind the practice is that additional fluids from the human body – which is made up of anywhere from 50 per cent to 65 per cent water – are stripped away, too.

Athletes are then leaner, having lost a significant portion of ‘water weight’.

The AIS study, headed by sports dietician Reid Reale, has seen a number of athletes across many disciplines brought to the institute’s Canberra headquarters for testing.

Mr Reale acknowledged that water loading was common in some sports, but said no actual research had been done on whether it worked.

He said he also wants to determine the concept’s impact on performance.

“Some athletes go to the extreme of drinking excess volumes of fluid, hypothetically to up-regulate renal hormones and the excretion of water,” Mr Reale told the ABC.

“There was one survey, which was conducted in the UK, which showed that 60 per cent of MMA athletes use this,” he said. “There’s been absolutely no research to look at whether or not this actually works or not [though].

“[We want to know] the performance implications or the underlying mechanisms.”

MMA fighter Robbie Paraha explained to the ABC how he has used the system in the past.

“Say that I weigh in [before a fight on] Friday night,” he said. “We’ll water load from Tuesday, Wednesday and about up to Thursday afternoon.

“And then I’ll have say 600 mils [ml] to last me that [Thursday] night, and then Friday will basically be ice cubes, if I need, worst case scenario.”

Victorian jiu jitsu martial artist Kain Karnis, a member of the study group, says he and his fellow test subjects have been closely monitored for fluid intake, diet and sleep patterns.

By drinking too much water, you can be doing serious harm to your body, and you could potentially die.

At least 14 people have died from excessive consumption of water during sport, a study published in the Clinical Journal of Sport Medicine revealed.

Dr Steve Fraser, an expert in nutrition, exercise and weight loss at RMIT University, has warned athletes that toying with dehydration has several risks.

“Most, if not all, sports performance is compromised by dehydration,” he told The New Daily. “There’s short-term risks and there’s long-term risks.

He said the process of being dehydrated again and again can have significant implications on the brain and organs.

“For instance, in a combat sport, an athlete with a dehydrated body who gets concussed … that can be significant.”

Dr Fraser said the tactic would only be helpful for athletes competing in sports with weight categories, such as fighting, rowing or horse riding.

But he added that he can understand why the AIS has decided to look in to the practice.

“I think there’s a lack of understanding surrounding some weight loss strategies,” he said.