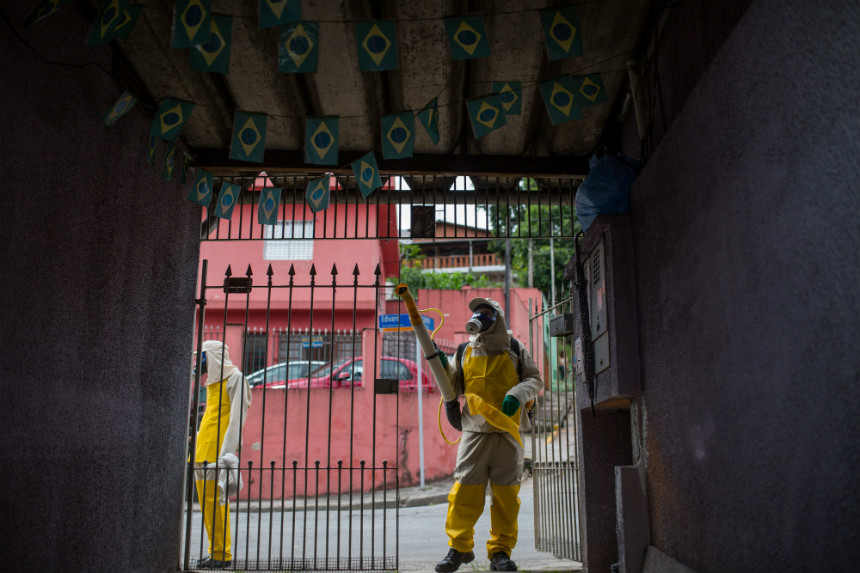 The Zika virus is not being treated with as much caution as it should be by Australian officials, according to a former chief health officer.

Approximately 440 Australian athletes will travel to the Brazil capital of Rio de Janeiro for the 2016 Olympic Games in August.

A host of support staff, media and families will also visit Rio – the second-most affected city in Brazil by the Zika crisis – for sport’s biggest event before returning to Australia.

The threat of Zika, which has been linked to serious birth defects, is playing on the minds of several athletes. Golfer Adam Scott has withdrawn and Matildas co-captain Lisa de Vanna publicly shared her concerns.

On a weekend in which 150 renowned doctors and scientists urged the World Health Organization (WHO) to call for the Games to be delayed or cancelled, Curtin University health scientist Professor Charles Watson said the issue was not being taken seriously enough Down Under. He warned that the Games should be postponed.

“Putting 500,000 people in there and then giving them a chance to get infected, sending them all home to their other countries is just an unimaginably risky thing to tolerate.”

Professor Watson admitted that he thought a postponement was unlikely.

“At a minimum, they should screen all people coming back from Brazil after the period of the Games and make sure they’re given the right advice.”

Experts take on the WHO

On Friday, 150 international doctors, scientists and researchers published an open letter to the WHO urging for the Olympics to be postponed, arguing it would be “unethical” for the Games to proceed.

“Our greater concern is for global health. The Brazilian strain of Zika virus harms health in ways that science has not observed before,” the group wrote.

“An unnecessary risk is posed when 500,000 foreign tourists from all countries attend the Games, potentially acquire that strain, and return home to places where it can become endemic.

“Should that happen to poor, as-yet unaffected places (e.g., most of South Asia and Africa) the suffering can be great.

“It is unethical to run the risk, just for Games that could proceed anyway, if postponed and/or moved.”

The letter also urged the WHO to “conduct a fresh, evidence-based assessment” of the situation in Brazil and its recommendations for travellers.

Zika is believed to cause the microcephaly birth defect, which results in babies being born with unusually small heads and brains.

Nearly 1300 babies have been born in Brazil with the irreversible defect since the mosquito-borne Zika began circulating there last year.

The WHO hits back

“Based on the current assessment of Zika virus circulating in almost 60 countries globally and 39 in the Americas, there is no public health justification for postponing or cancelling the games,” its statement read.

“The best way to reduce risk of disease is to follow public health travel advice,” it said.

On the issue, Australia’s Olympic team medical director Dr David Hughes said: “I believe that if every athlete, or every member of the Australian team including athletes and officials follows the guidelines we’ve provided to them, we will have minimal issues to do with Zika in Rio.”