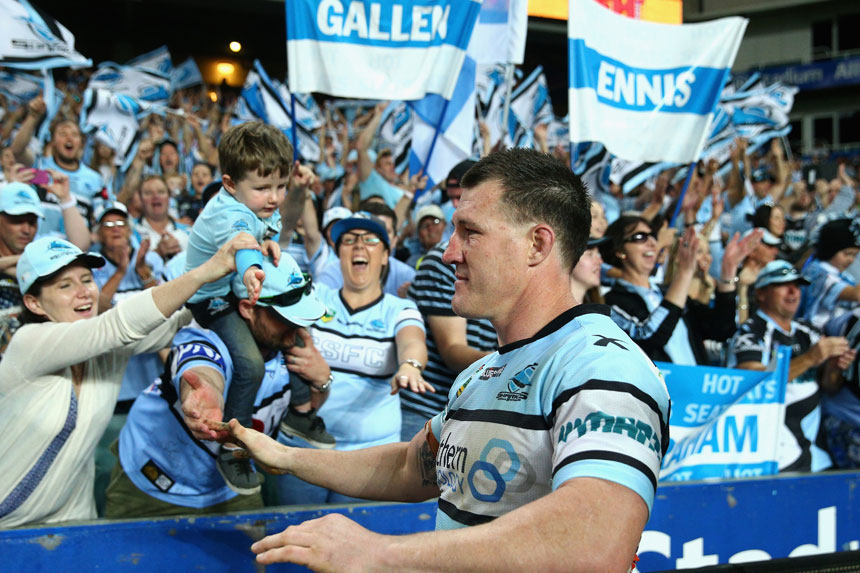 A new year is here and so are a range of sporting possibilities.

For AFL, NRL and rugby fans, the month of January is usually full of optimism. The new recruits sound good and if a few of the young players improve, anything could happen. Might 2016 be the year?

Here at The New Daily, we’re also full of positive vibes ahead of 2016.

It’s shaping up to be a massive year, with the Olympics in Rio de Janeiro headlining proceedings.

There’s also Euro 2016, the world Twenty20 and the visit of South Africa’s cricket team, plus all our annual favourites like State of Origin, Wimbledon, The Masters, the UEFA Champions League and our footy codes.

There’s not much fun in picking the favourites, so we’ve dusted off the crystal ball and tried to find a few diamonds in the rough (at a minimum of $10 odds*) for you to keep an eye on in 2016.

(James Willoughby is a sub-standard punter and this should be given consideration when deciding whether to follow his advice).

Electric at their best, Port Adelaide stuttered through 2015 and eventually missed the finals – despite finishing with four successive wins.

Charlie Dixon is a crucial acquisition from Gold Coast, though, and he’ll add firepower to a forward line already containing the likes of Chad Wingard, Jay Schulz and Robbie Gray.

The Power, who should win most games at home, beat three-time defending premiers Hawthorn twice in 2015, showing that their best is clearly good enough. The key for coach Ken Hinkley is to get it on a more consistent basis.

It feels ridiculous to suggest Mitchell is a dark horse – but the odds suggest this is well worth a few dollars.

Mitchell boasts four top-five finishes in the count and was third last year. Only four players in the history of the game have polled more than his 204 overall votes.

The four-time premiership player might be 33, but 2015 was arguably his best season yet, and his ability to kick on both sides consistently gets him out of tight situations and means his lack of pace is not as much of an issue as it might be otherwise.

He’ll be in trouble if he gets caught kneeing again but it’s proven that the umpires love voting for the midfield maestro. And he’s a player who truly deserves to win a Brownlow.

The Sharks overcame a horror start in 2015 – losing their first four matches – to storm into the finals and easily account for reigning premier South Sydney.

North Queensland were too good for them in the semi-finals, but the new arrivals of James Maloney and Chad Townsend could lead them to their first grand final win ever.

The inspirational Paul Gallen leads an exciting side that includes the likes of the Fifita brothers, Wade Graham, Ben Barba and young gun Valentine Holmes.

Stephen Larkham’s side will take plenty from a promising 2015, in which they reached the semi-finals.

They conceded just 21 tries in 16 matches – giving them the best defensive record in the competition – but lost six matches by five points or fewer.

They’ve got a squad packed full of Wallabies, headlined by David Pocock and Christian Lealiifano, and with 2016 being the last year at the club for Stephen Moore, Matt Toomua and Joseph Tomane, will have no shortage of motivation.

The 2012 champions are in form and sit fourth on the table.

The 32-year-old’s silver medal at the 2015 world athletics championships in Beijing was very promising.

Lapierre, who credits a move to Phoenix with revitalising his career, entered the competition with hamstring tightness and will be quietly confident of improving on that showing in Rio de Janeiro.

Mitchell Watt (2012) and Jai Taurima (2000) have recently won silver for Australia in the long jump. Lapierre will aim to go one better.

The nation’s ‘golden generation’ flattered to deceive at the 2014 World Cup, reaching the quarter-finals but never really clicking. If they can do that in France in June and July, it will be scary for their opponents.

They should be good enough to get out of a tough Group E, that also features Italy, Sweden and the Republic of Ireland, and are more than capable of lifting the trophy.

In what is shaping as one of the closest seasons in recent memory, Spurs are looming as serious dark horses.

Arsenal’s penchant for shooting themselves in the foot is well-known and the impact that coach Manuel Pellegrini’s likely departure has on Manchester City remains to be seen, while Tottenham – fourth, four points off the pace – quietly go about their business.

They’ve lost just two matches this season and have the league’s best defence, conceding just 15 times in 19 matches, and their attack is led by star English forward Harry Kane.

You need to be brave to take on Novak Djokovic but the 26-year-old Japanese player has all the attributes to win a grand slam.

A stand-out 2015 saw him win three ATP tour titles and rise to a career-high fourth in the rankings.

He did drop to eighth but enjoys Melbourne Park, having reached at least the fourth round in each of the last four years.

Trained by Darren Weir, who won the 2015 Melbourne Cup with Prince Of Penzance, Tall Ship is a seriously promising horse with all the ability to turn outstanding country wins into Spring Carnival form.

The imported galloper – twice winner at famed English track Goodwood before moving to Australia – won the Warrnambool, Werribee, Stawell and Terang Cups in 2015.

That form has stacked up in the past, with the legendary Makybe Diva going on to win the 2003 Melbourne Cup after winning the Werribee showpiece one year earlier, and Tall Ship has finished first or second in all five races at 2000m or more in Australia.