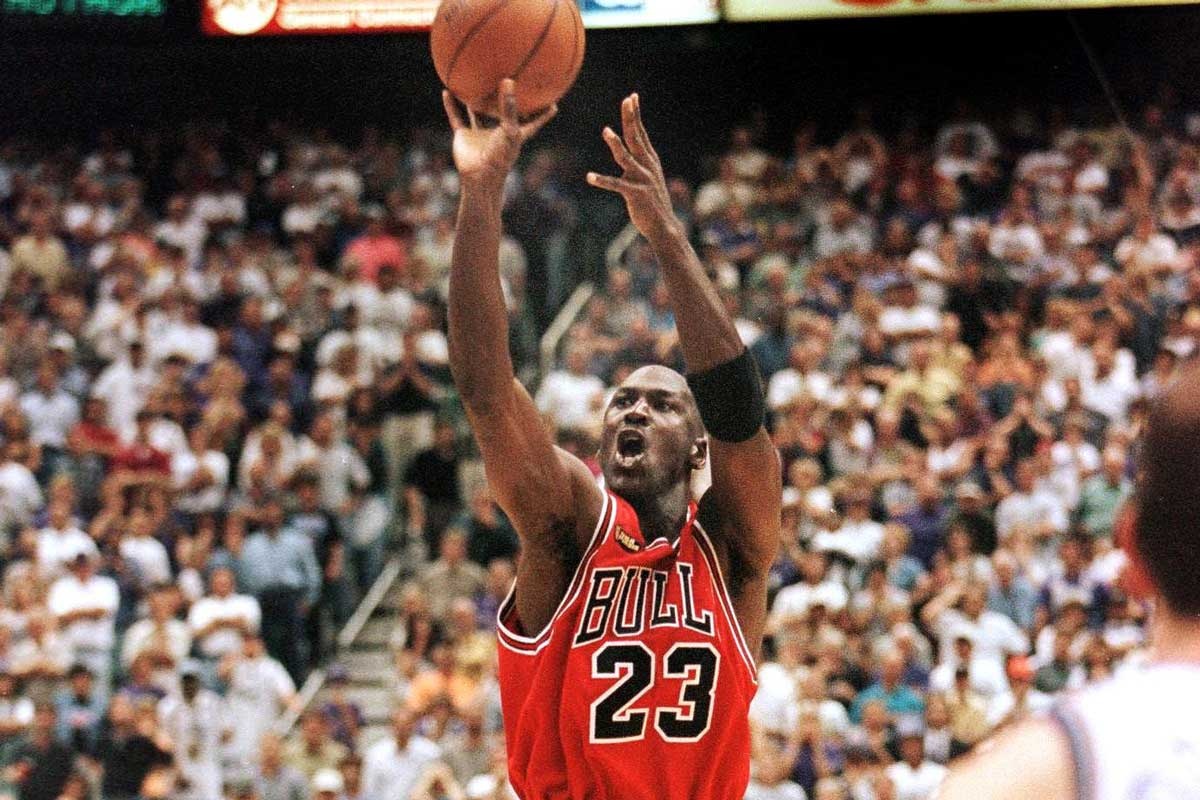 The brave Broncos defence had held out the Cowboys for 39 minutes and 59 seconds of the second half when they finally broke, undone by Michael Morgan’s sublime pass to Feldt.

• Good grace: we look at the best losers in sport
• The best sports documentaries of all time
• John Worsfold confirmed as Essendon coach

It was possibly the best finish ever seen in a major sporting event, the drama in high supply.

Here is our take on some other electrifying finishes in sport.

Jordan had so many clutch moments in his wonderful career that finding just one was difficult.

But this minute of Game 6 in the 1998 NBA finals series – the last minute of his career with the Chicago Bulls – provides one of the greatest finishes ever.

With his Bulls trailing by three points, Jordan reduced the deficit to one on a drive, before stripping Utah’s Karl Malone and sinking the game-winning basket with 5.2 seconds remaining.

With his Sydney side leading by four points late in the final term of the 2005 AFL grand final, and with West Coast launching attack after attack, defender Leo Barry confirmed his place in footy folklore by pulling down a huge mark.

It was a fairytale moment, and one that ended a 72-year premiership drought.

Chasing 214 to win, consecutive boundaries to start the final over from Lance Klusener had South Africa on 9-213.

But from there, the Proteas imploded – firstly Allan Donald was nearly run out after straying miles out of his crease, then Klusener charged through for a suicidal single that was never on – leaving both he and Donald stranded at the same end.

Deep into extra time in the 2003 decider, with just 26 seconds left, England’s Jonny Wilkinson launched a drop goal that broke Australian hearts. We’ll understand if this video is too painful…

Flintoff-King looked gone late in her 400m hurdles final at the Seoul Olympics, but she produced a barnstorming finish to pip Russian Tatyana Ledovskaya on the line.

The win was all the more remarkable considering Flintoff-King had only learned of the death of her older sister Noeline three days before she left for Seoul.

Up against Greg Norman in a play-off to win the 1987 US Masters, Larry Mize produced an unbelievable chip to win the tournament.

The victory came a year after Norman was beaten by a 46-year-old Jack Nicklaus at Augusta and was one of a number of heartbreaking finishes he endured trying to land a green jacket.

With 1360 goals to his name in the VFL/AFL, it is ironic that Tony Lockett is perhaps best remembered for a point.

With scores level in the final seconds of a preliminary final against the Bombers at the SCG in 1996, Wade Chapman hit Lockett with a pinpoint pass and the big forward went back and launched for goal.

It sailed through for a point, and the Swans were into their first grand final in 51 years.

Undefeated Sydney brawler Harding journeyed to the Atlantic City Convention Centre in 1989 to take on Briton Andries for the WBC light-heavyweight championship of the world.

Andries battered Harding from pillar to post throughout the first 10-and-a-half rounds of the fight, but the Australian found something at the end of the 11th.

In the 12th and final round, time running out, a battered and bloodied Harding lowered the boom on the champion, and became Australia’s first light-heavyweight world champ.

There was a sense of destiny about the Manchester United side that won the English Premier League, FA Cup and Champions League treble in 1999.

After their stunning semi-final second-leg win in Turin over Juventus (after going 2-0 down away from home), you got the feeling Sir Alex Ferguson’s side would not be stopped.

But they fell a goal behind inside six minutes when Mario Basler’s free-kick beat Peter Schmeichel.

Basler almost sealed it, but his chip hit the post, and an audacious overhead kick from Carsten Jancker hit the bar.

They helped United make history on a glorious Barcelona night.

Nine months of English Premier League action came down to the final afternoon in 2011-12.

With their fiercest rivals Manchester United beating Sunderland 1-0, City needed a win over Queens Park Rangers to claim the title.

That looked unlikely when they were trailing 2-1 after 90 minutes. But a goal from Edin Dzeko and then, stunningly, a 94th-minute strike from Sergio Aguero, ended Manchester City’s 44-year title drought, and broke United hearts.

Did we forget any great moments? Leave your comments below. The 10 greatest finishes in sporting history