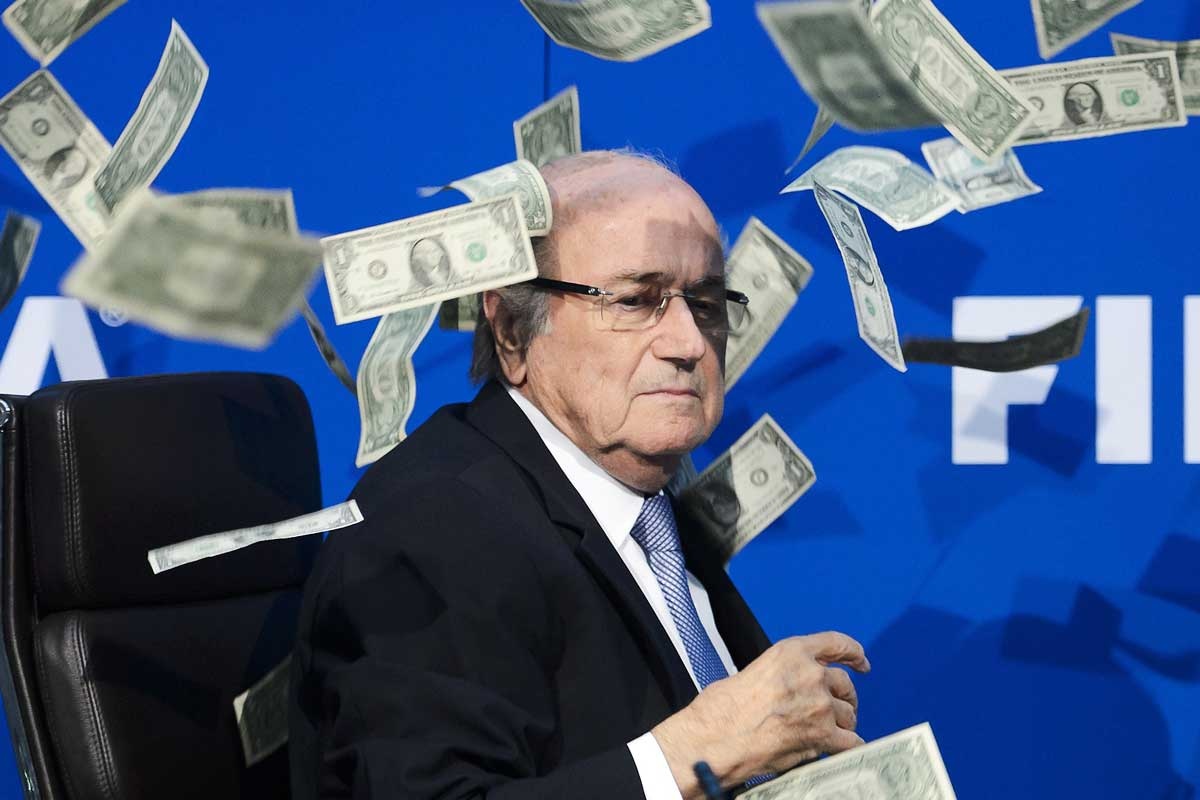 Fans are calling for Sepp Blatter to be showered in dollar bills at every public appearance he makes in his final seven months as president of FIFA.

“It eradicates the need for more security scares whilst keeping FIFA’s corruption front of mind,” he said.

A senior FIFA spokesman admitted Blatter was considering the request, as he wanted to expose his lighter side in search of a subsequent career as a talk-show host, and he liked being showered in cash.

The spokesman said the expense of the system was not a stumbling block and there was no need to source counterfeit cash such as Brodkin used.

“We’ve got plenty of real money,” he confirmed.

The Australian sports coaching industry is poised to exploit the technology which enabled computer hackers to remotely control a Jeep on an American highway.

And surprisingly, our foremost mentors do not want to use remote hacking to perpetrate dirty tricks on opponents.

An anonymous coaches’ spokesman told The Four Points that the technology would be used when a coach is threatened with dismissal.

“We will dig up some dirt on dodgy presidents aiming to sack us. We need some new weapons to have any chance to see out our contracts.”

Other applications of the ground-breaking hacking technology include replacing unfavourable media coverage with tailored copy, and shorting out TV cameras taking intrusive shots of the coaches box during play.

The prospect of computer hacking could prove as useful to beleaguered coaches as its application.

“A couple of times a year, when we make a big mistake, we will be able to say our systems were hacked and we didn’t know our interchange numbers from our heart rates.”

Preying on the Hawks

As the AFL finals approach, MCG ground managers turn their thoughts to deterring birds from occupying the playing surface.

For years, everything from kites to a complex of high wires have been considered by the MCC in a bid to rid the sacred turf of avian invaders.

While there has been some success in reducing the numbers of pigeons and seagulls, overcoming the Hawks scourge which afflicts the ground every spring is not so easy.

“Hawks are at the top of their food chain and at the centre of their food web, so they don’t have many predators” advises whateats.com.

“The only natural enemies that Hawks must worry about are Eagles and larger Hawks.”

There are no Hawks who have won three consecutive premierships to intimidate this year’s cast, so we can only surmise that the ornithological experts are tipping that you should get on West Coast ($5.50) for the flag.

These prospective lists were ditched by clickbait sites for not containing enough items.

Good news from the NBL in the past decade

Ice hockey highlights on Australian TV which do not feature fights

Sports fans who entered a cinema to watch United Passions, the FIFA movie

NFL teams worth less than the AFL’s broadcast deal