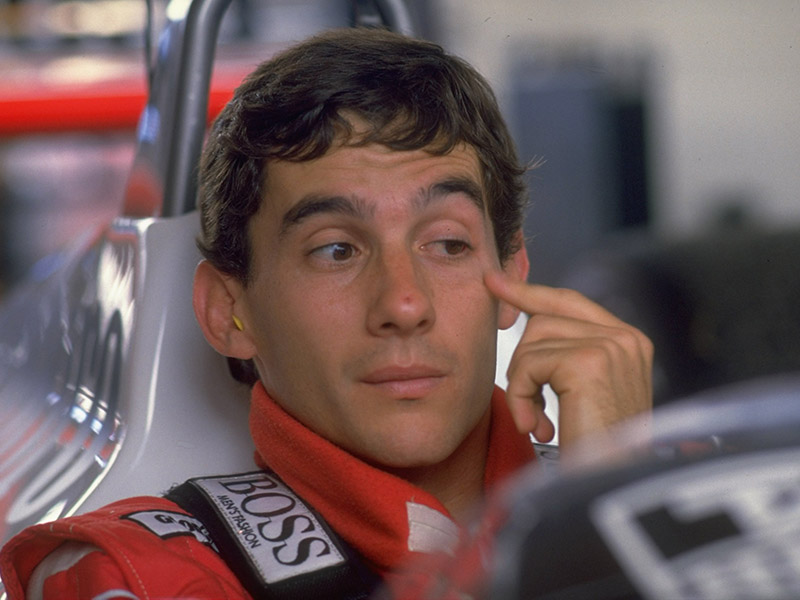 The past 20 years have seen some terrific sports documentaries, with 1996 Oscar-winner When We Were Kings setting the standard.

Since then the ESPN 30 for 30 series has pushed the genre to even greater heights. Here are our selections for the greatest sports documentaries of all time.

Focuses on the lives of physically disabled athletes competing in the 2004 Paralympics in wheelchair rugby, commonly known as ‘murderball’ for its extreme physicality.

The film throws a spotlight on fiery American player Mark Zupan and Joe Soares, a former USA player forced into retirement and now on a quest for vengeance coaching the Canadian team.

Both men are compelling in a film that is as unflinching as its protagonists.

The film captured the imaginations of those with no interest in F1 racing, or sport, as it uncovered an unbelievably charismatic personality, and chronicled the simmering tension of his rivalry with Alain Prost.

“We wanted Ayrton Senna to narrate his own life story, so no talking heads, no voice over, no actors, nothing that would break the purity of the experience of his personal journey,” Kapadia said.

The moving tale of an American high school’s football team, the Manassas Tigers, and their attempts to have a winning season after years of failure.

What’s it like to step into the ring with perhaps the most famous athlete of all time? Facing Ali tells us, interviewing Joe Frazier, George Foreman, Larry Holmes, Earnie Shavers, George Chuvalo and others.

Less esoteric than the Oscar-winning When We Were Kings, Facing Ali gets straight to the heart of what boxing gives, and what it takes away.

Charts the extraordinary rise of the West Indies cricket team in the 1970s and 80s.

Makes for sobering viewing in the post-Phillip Hughes cricket landscape, given much of their success was built on brutal fast, short-pitched bowling.

Of course the success ran much deeper than cricket, and Michael Holding’s ruminations on the political implications of what was unfolding on the field are enlightening.

The Battered Bastards of Baseball

The story of Bing Russell (Kurt’s father, and deputy Clem on Bonanza) and his 1973 creation of the only independent baseball team in America, the Portland Mavericks. And it is this maverick spirit that is best captured in the film.

Bing staffed the team by taking out an ad in Sporting News, and they marched to the beat of their own, off-kilter drum. The joy all took in their work is palpable.

The Best That Never Was

One of the outstanding ESPN 30 for 30 series of documentaries, it charts the rise of Marcus Dupree, lauded as the best high school football player ever.

He was the most courted player in the USA in 1982, and this film follows his struggle once selected for the University of Oklahoma.

Another from the 30 for 30 stable, Once Brothers centres on the splintering of the Yugoslavian national basketball team from the late 1980s as the country was torn apart by war.

The relationship between former friends Vlade Divac (Serbia) and Drazen Petrovic (Croatia) is damaged forever, and the film details Divac’s attempts to make sense of it all.

The best sports documentaries of all time