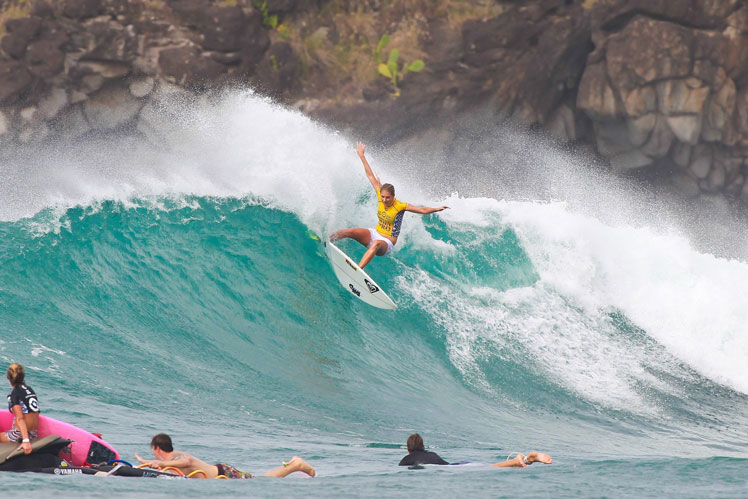 By his lofty standards, Michael Clarke has had a mediocre year with the bat.

Yet, even in purely cricketing terms, there were some sublime achievements.

Leading a 5-0 Ashes triumph over England is not bad for starters.

Then there was a 2-1 win in South Africa, crowned by Clarke’s unbeaten 161 in Cape Town, an innings played with a broken shoulder after Morne Morkel hit him in forearm, helmet, elbow and shoulder.

At that point, those dullards who had convinced themselves that Clarke was a lightweight (they obviously missed his heroics at the same venue three years earlier), were forced to re-assess their superficial judgements.

More recently, in circumstances we do not need to detail, Clarke has shown true leadership.

When Clarke placed a kiss on the casket of Phillip Hughes, he was farewelling him on behalf of us all.

He is our captain.

In the world’s biggest sport, Australia are ranked 102.

That’s almost as bad as our record on climate change.

Even more sobering, imagine where would be we without Tim Cahill, who at one stage wanted to play for Ireland.

When he scored Australia’s only goal in its opening match against Chile, Cahill joined elite company in having scored in the 2006, 2010, 2014 World Cup finals.

When he scored Australia’s opening goal against the Netherlands, he achieved something that transcended statistics, lists or records.

His volley was a triumph of imagination and an immaculate execution of skill that caused a sudden intake of breath across the globe.

Francis Leach, covering the match in Brazil for The New Daily, dubbed him Australia’s “Bradman in boots”.

This was, unassailably, the sporting moment of 2014.

Here’s a challenge: name the Athletics Australia official who publicly criticised Sally Pearson at this year’s Commonwealth Games in Glasgow.

It was Hollingsworth who, hours before Pearson was due to defend her gold medal, issued a press release declaring that she was a bad example for not attending a pre-Games camp, instead opting “to take a race in London”.

If Pearson is a bad example, Australian athletics is in more strife than we thought.

Instead of running to make teams or personal bests or finals, Pearson runs to win gold.

She continued that bad example in Glasgow, winning with her trademark combination of a blistering start, raw speed and technical brilliance. Hollingsworth, meanwhile, was on the next flight home.

Next stop, Rio. For Pearson, that is.

Daniel Ricciardo seems to lack all these essential qualities for an F1 driver.

The Red Bull driver does, however, possess an even more important one: he drives extremely fast.

By rights, the affable Ricciardo should have been an understudy to Sebastian Vettel, who had won the previous four world titles, and possesses the above qualities in spades.

But Ricciardo showed that having the biggest smile in world sport was not incompatible with superb skills and a killer instinct.

The Perth driver finished third in the drivers’ championship, comfortably ahead of Vettel in fifth.

Ricciardo smiled his way through a series of mishaps, notably when he was disqualified in Melbourne – denying him second placing and the chance to become the first Australian on the podium at home – because of a breach of fuel rules.

But he was consistently fast, winning in Canada, Hungary and Belgium.

His grin could be seen from outer space.

The nightmare scenario for tennis was a future of Todd Martins.

That is why Nick Kyrgios’ fourth-round win over World No. 1 Rafael Nadal at Wimbledon was more than just a parochial, feel-good moment.

With his multicultural background, Gen Y accoutrements, and expressive stroke play, Kyrgios gave us a glimpse of a more exciting future. It also condemned to history that lazy conceit of linking him with Thanasi Kokkinakis under the all-too-convenient ‘Special K’ moniker (guilty as charged).

Kyrgios’ audacious between-the-legs, drop shot winner brought a smile to the lips of all but the most mean spirited.

Sport at its most glorious.

Kind of you to ask.

We admit to bias, having stayed up to watch in the wee hours as Fox hung on to very nearly take gold in the London Olympics as a teenager.

At the world championships at Deep Creek, Maryland, Fox, 20, became the first woman to win both the C1 and K1 slalom titles.

That is, she was the fastest in a kayak (with a double paddle) and in a canoe (single paddle).

Beyond that, Fox has been a brave critic of the inherent sexism of the Olympic movement, which allows men to compete in three disciplines (K1, C1 and C2), but women only in the K1 at the Olympics.

A name worth remembering.

One of the finest Australian sporting ballads is ‘The Day John Sattler Broke His Jaw’ by Perry Keyes.

It is a tale of working class Sydney – Resch’s, TABs and lino floors – but most of all it is a tale of the day in September 1970, when John Sattler played on with a busted jaw to bring home the premiership for South Sydney.

More than four decades on, Sam Burgess ‘did a Sattler’, receiving a busted cheekbone in the opening seconds of the grand final but playing through the pain and blood and dozens more bone-shattering tackles to help Souths break the most famous drought in the NRL.

In the spirit of modern sport, we have made room for one ‘marquee’ overseas import in our first XI.

Recruited by a movie star owner and with his broad West Yorkshire accent, Burgess is symptomatic of the way the game has changed since Sattler’s days. Since the grand final, he has switched codes and countries.

For all that, Burgess embraced the Rabbitohs spirit in the most inspirational manner possible.

Of course, he should not have been out there. He should have been in hospital having surgery.

But that would have denied up one of the great folktales in rugby league history.

Someone should write a song about it.

It’s easy to forget exactly what a figure of fun Mitchell Johnson was.

When the Barmy Army mocked – ‘He bowls to the left/He bowls to the right’ etc – we barely raised a whimper in response. The criticism had a ring of truth to it.

But that was the pre-2014 model, a clean-shaven bloke with oodles of talent, a complicated personal life and a dodgy radar.

Sure, Mitch Mark I averaged 30.9 in Test cricket, but those figures were flattered by some big hauls in Perth and other bounce-friendly places.

Otherwise, Johnson was a living, breathing pressure valve. Others would build it, he would release it.

Then something clicked. Whether it was maturity or self-belief or the influence of Dennis Lillee, it worked.

In the 10 Tests since the start of last summer’s Ashes series, Johnson has taken 73 wickets at the ridiculous average of 18.7 and scared the daylights out of batsmen the cricketing world over.

Yes, we probably should have gone for Alastair Clarkson, who did an amazing job after being hit by an illness widely predicted to waylay him for months, not weeks.

If not Clarkson, something else appropriately brown and yellow.

But this is a team of individuals, and the Australian footballer who caught our imagination, who defied convention, who made us smile, was Buddy.

They said the high-priced recruit would be a culture-killer; instead, he was a match-winner.

Penny Taylor had just about done it all.

A world championship win with the Opals; two Olympic medals; success in Europe; three WNBA titles with Pheonix Mercury, including in 2014.

She led the Lauren Jackson-less Opals to the bronze medals in the world titles, after which she was named in the All-Star Five. The world All-Star Five, that is.

But the pull of home was strong. Taylor’s nieces and nephew had never seen ‘Aunty Penny’ play in the flesh.

So she came back to play for Dandenong Rangers in the WNBL, a competition so modest that it has just been dumped by the ABC as part of the Abbott government’s funding cuts.

Her first game back, against Townsville Fire, was about as far from the Big League as you could imagine.

Taylor was sick before the match and should not have played. She did, was best-on-court and hung around to pose for photos with spectators after the game.

It was a fine comeback after 2013, in which she failed to win an individual events and finished a relatively lowly fifth.

At 26, the legendary Layne Beachley’s record seven titles is in her sights and within her capabilities.

After that, only Kelly Slater, the greatest surfing competitor in history, remains on the horizon with 11.