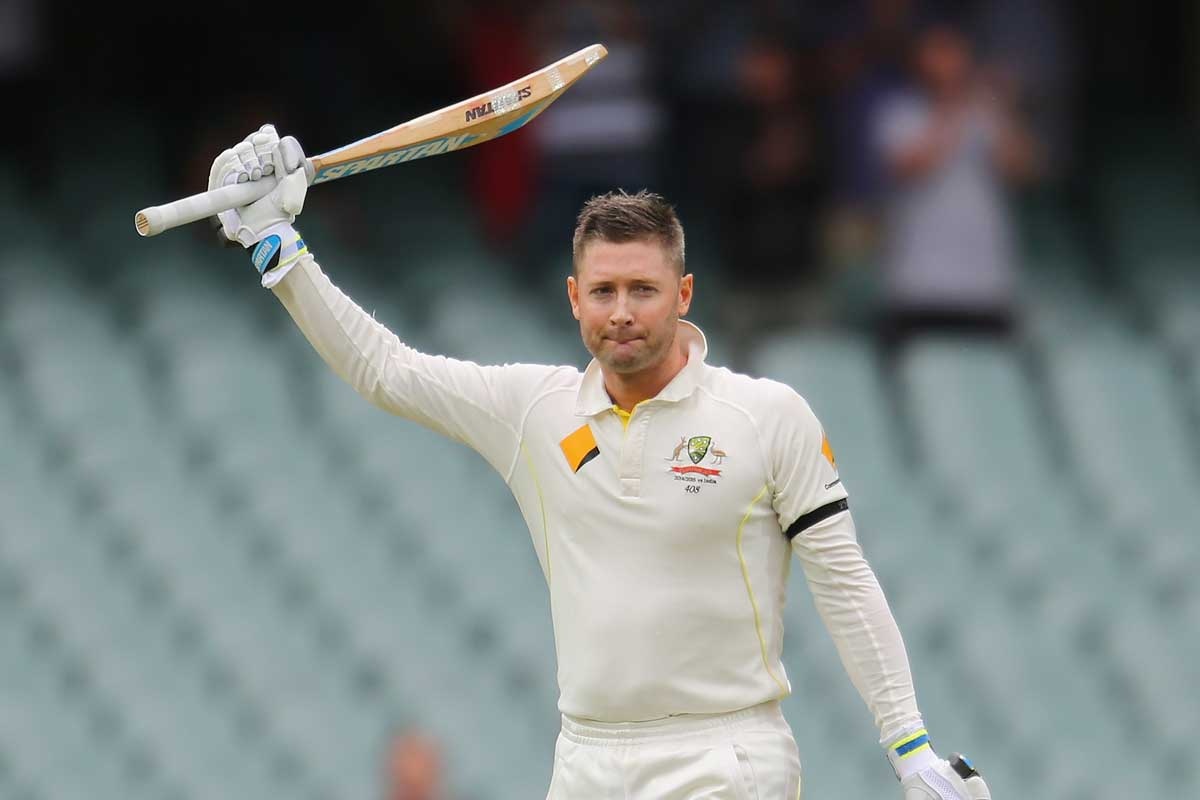 We knew Michael Clarke was tough before his hundred at the Adelaide Oval on Wednesday.

If how he handled himself over the past fortnight wasn’t testament enough, we had his defiance of a fractured shoulder to post a ton against South Africa back in March.

The skipper may seem a bit ‘metro’ at first glance, but this is one tough, tough hombre.

Which got us thinking about other great displays of sporting toughness. From Dipper’s punctured lung to Graeme Smith’s broken hand, here’s our list.

Dermie gets the plaudits for getting up and kicking a goal after being flattened by Mark Yeates, but surely Dipper’s effort in playing on after a Gary Ablett vivisection that left him with a punctured lung takes the three votes.

“I did hear my ribs break, and adrenalin takes you to places that people don’t know they can get to,” Dipper said on the documentary The Final Story: 1989 AFL Grand Final.

“I went off the ground and went straight into the toilets. I sat in the toilets by myself and I’m just pressing my body and I’m thinking ‘what the hell is going on?’.”

Sport has rarely been closer to war than it was that day at the MCG, and after the game DiPierdomenico was rushed to hospital.

“I found myself in the back of an ambulance, I was in St Vincent’s Private fairly quickly,” Dipper said.

“I’m looking up at these fluorescent lights on this cold tray … I can’t speak, I’m just bloated.

The diagnosis was a punctured lung, and as Dipper put it: “I was just exploding, because the air was escaping.”

Graeme Smith was never top of Australian cricket fans’ Christmas card lists, but he didn’t half win some friends in January 2009 when he walked to the middle of the SCG and tried to save a Test match with a broken hand.

The Australians thought they had it won when Andrew McDonald knocked over Dale Steyn late on day five, only to see the lumbering figure of Smith emerging from the dressing room door.

The South Africans needed to survive 8.2 overs. For 27 balls Smith and Makhaya Ntini held the Aussies off, before Mitchell Johnson (the man who’d broken his hand) slipped one through the captain’s gate to wrap up the win.

No one who saw it will ever forget it.

Burgess had been a key man for the Bunnies in their march towards this year’s NRL Grand Final, but the signs were ominous in the opening moments when he was crunched in a tackle from Bulldogs prop James Graham.

The result was a fractured cheekbone. Rather than heading to the sidelines to have the injury assessed, Burgess simply decided to “crack on” – guiding his team to their first premiership in 43 years and earning his place in the pantheon of rugby league’s gladiators.

Walking to the sheds at half-time, he was asked how it was, and left viewers and Brad Fittler in no doubt: “It’s f***ed, it’s gone.” But that didn’t stop him from playing out the match.

“During the tackle, I knew I had broken it instantly,” he said afterwards.

“It was a strange feeling but I just told the trainer that I didn’t want to come off. We worked so hard to get to the Grand Final, and I just thought I would crack on and see how it felt.”

Probably the greatest fight of all time, with the toughness on display from both men defying reason.

Ali bossed the early rounds, but Frazier kept coming and by the midway point he was in control, landing thunderous left hooks to head and body.

Mark Kram wrote at the time: “His old calling card – that sudden evil, his left hook – was working the head of Ali. Two hooks ripped with slaughterhouse finality at Ali’s jaw, causing Imelda Marcos to look down at her feet, and the President to wince as if a knife had been stuck in his back.”

But Ali rallied, and the 14th round ended with Frazier, virtually blind with his eyes swelling shut, stumbling after him and refusing to go down.

After it, Frazier’s trainer Eddie Futch stopped the fight, telling him “it’s all over – no one will ever forget what you did here today”.

Ali said the fight was the closest he’d ever been to death.

Jones hadn’t played a Test for more than two years and had achieved nothing of note at international level.

Coming in at number three, Jones batted for more than 500 minutes, scoring a double century in appalling heat and humidity.

The Victorian vomited repeatedly and even lost bladder control. At one stage, he told his batting partner, skipper Allan Border, that he wanted to come off. The grumpy Border taunted him, suggesting the team would be better off with a Queenslander, Greg Ritchie, at the crease.

He batted on, passing the double century mark before being bowled by spinner Yadav.

Jones was sent straight to hospital and placed on a saline drip.

In the course of his innings, he lost four kilos, but the effort was worth it, with the Aussies securing a tie in one of Test cricket’s most dramatic finishes.

Hackett’s personal troubles in recent years have been well-documented, so one can overlook just what an outstanding swimmer he was in his prime.

Defending the title he won in Sydney four years earlier, Hackett faced strong challenges from younger competitors David Davies and Larsen Jensen, but the biggest challenge was a partially-collapsed lung.

Not surprisingly, his form going into the final was mixed. He claimed silver in the 400m behind Ian Thorpe, but then struggled in the individual 200m and the 4×200m relay.

But Hackett was made of stern stuff and when the time came to defend his title, he not only won gold but set a world record time for good measure (14 minutes 43.40 seconds).

“My lungs were so blocked and stuffed for so long that it was partially deflated and there was fluid in there – it was fairly serious,” he told Channel Seven weeks after the event.

Coach Denis Cotterell said his charge lost up to “25 per cent” of his lung capacity at Athens, but they didn’t tell medical staff in case they refused Hackett the right to compete.

When the going gets tough, the tough get going