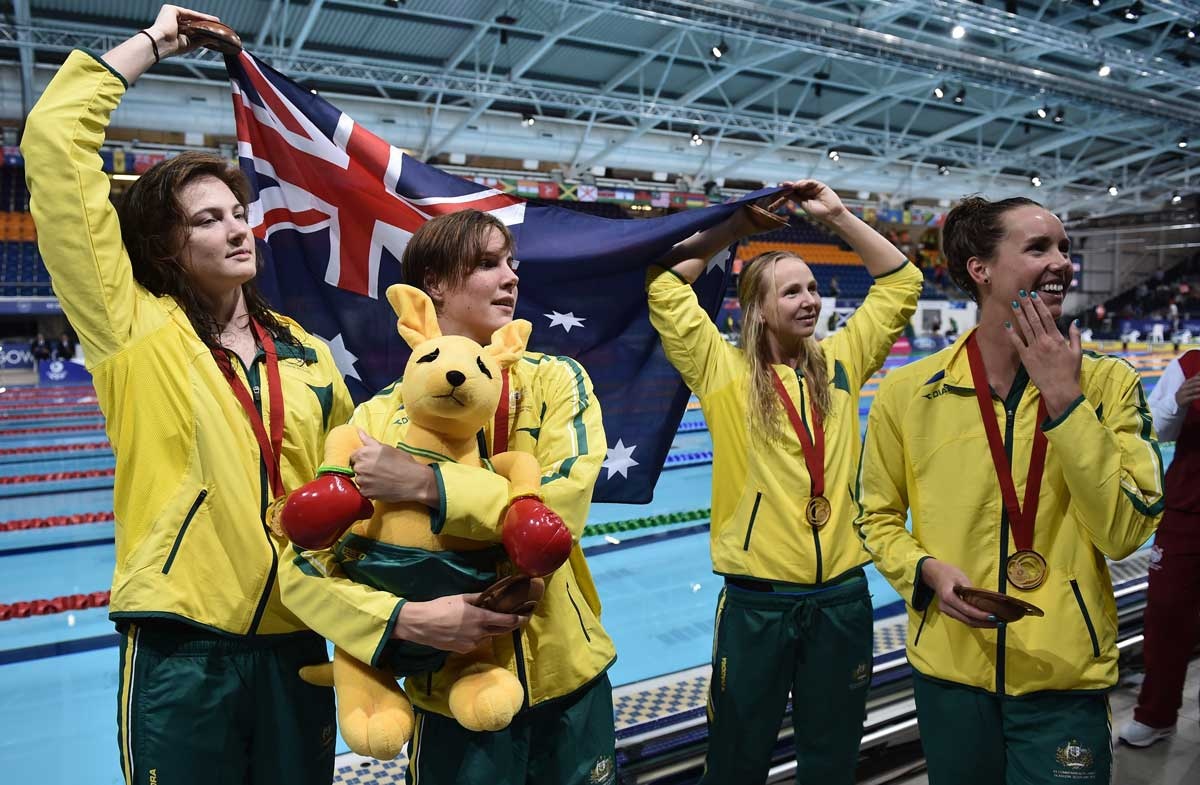 Australia’s female athletes have once again shown their true colours on the opening day of the school gymnkhana in Glasgow.

“To quote Muhammad Ali – we are the greatest,” said a triumphalist Cate Campbell after the relay victory. Her teammates were just as obnoxious.

Please. It’s not as though they broke the world record or anything.

It was much the same at the velodrome, where the vainglorious Anna Meares was back to her gloating worst.

Meanwhile, the Hockeyroos and the netballers, who go by the self-aggrandising moniker the Diamonds, were beating up on minnows Malaysia and Wales like schoolyard bullies.

God only knows what they got up to after the game. Standby for reports of violent drunkenness, obscene selfies from toilet cubicles and widespread abuse of Scottie dogs.

That’s what happens when you sign athletes up to fat contracts, shower them with lucrative personal endorsements and give them mass exposure on prime time, free-to-air television.

Oh for a return to normality, when our sporting horizon need spread no wider than the AFL and NRL, where restraint and dignity are the order of the day.

Anyway, by the time you read this, the blokes will have had their turn at the relay.

Get around him (not)

It is one of the most disturbing trends in sport, and we are grateful to Terry Wallace for finally airing it publicly: the dry five.

The victim of this latest scourge was reconstructed Docker Anthony Morabito, who was friendless after booting a goal against new footballing superpower St Kilda.

“He’s kicked a goal, and was looking around for people to high five. The footage was awful,” thundered Squeak during the week. “There was no excuse.”

We thought the mean spiritedness displayed by the Dockers had been eradicated from game, along with ankle high boots and tattoo-free arms. In this more psychologically sensitive age we know it is not enough to just kick a goal, you need to be validated.

Think back with shame to Bradman’s 1948 Invincibles in England, when wickets were greeted with nothing more than a fellow wandering in from square leg asking who was up for a tipple and singalong around the pianola that evening.

Still, what do you expect from blokes like Keith Miller, who, after flying fighter jets in the Second World War, seemed to lose all perspective when it came to sport?

Is it time to start feeling sorry for England? Sorry. Stupid question.

We merely note that the Old Enemy is now on a 10-Test losing streak, its worst run in more than two decades, and that Alastair Cook (no adjective required, this is way past ’embattled’) is in the middle of a merde storm the like of which it is hard to imagine from this safe distance. Put it this way, he is about as popular as Putin at the moment.

Its most recent effort, a 95-run loss to India at Lord’s, came despite preparing a greentop and winning the toss. Next Big Thing Ben Stokes, meanwhile, is averaging 1.8 from his last 10 international innings.

Finally, we extend our sympathies to Basil Zempilas on the retirement of West Coast ruckman Dean Cox.

Why are our female athletes so boastful?