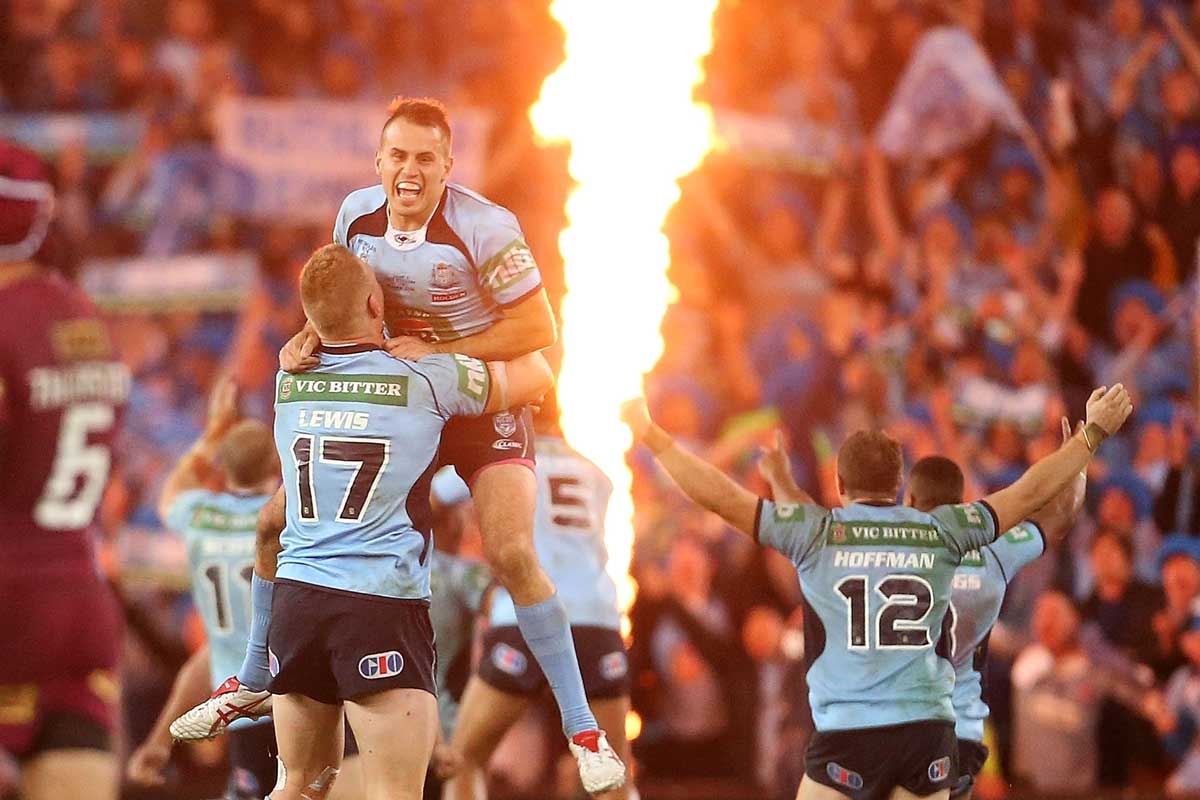 Duncan was betrayed by Macbeth, the king’s horses ate each other, the moon eclipsed the sun, the mighty falcon was devoured by an owl – and the Demons and the Bulldogs won on the same weekend. Not the Saints, though – don’t be ridiculous.

In other footballing news, a church mouse scared Jonathan Brown half to death, and Mick Malthouse generously shared his packet of Doritos with the press corps after the Blues’ regulation Friday night loss.

In more serious news, the Bombers finally decided to put an end to the injunctions, the legal challenges and the sporadic outbreaks of sanctimony, opting to instead accept ASADA’s imminent verdict on their controversial 2012 supplements program with good grace.

Well, they finally did it. History was made on Wednesday night, as broadcasters succeeded in sucking all the fun and anticipation out of State of Origin II. There’s an age-old maxim that decrees that the significance of a sporting event can be measured by the smokiness of the fireworks and the number of has-beens milling about awkwardly. By that measure, Origin II was the greatest tussle since Achilles’ all-conquering Greeks edged past Hector’s gallant Trojan outfit at Troy Home Loans Arena during the inaugural NRL season, back in 1260BC.

The low-scoring grudge match was a far cry from the free-flowing shootout served up millennia ago, but purists would have pleased with the familiar combination of hubris and body armour.

This column is used to being something of a taste-maker, so it was no surprise when Australia’s fearless leader, Tony Abbott, adopted our avant-garde naming convention when referring to Australia’s other fearless leader, Mike Jedinak, as Mike Jedinak. Some say that the move was clumsy, some said it was outright disrespectful. To them I say hush – the real enemy is out there. In orange. Breaking our hearts.

Cameroon and Russia were busy contending with the enemy within this week: Cameroon’s Alex Song had no trouble locating the self-destruct button with a limp elbow, while goalkeeper Igor Akinfeev showed that he lacks the cool head required to handle pressure at the highest level. His slapstick blunder handed the initiative to South Korea, and might see Russia heading out of the World Cup. Whether he’s consigned to the dustbin of history or to dusting the dustbins of outer Siberia will largely depend on the whim of Vladimir ‘Chuckles’ Putin.

Basketball: Australian does something good

Patty Mills, quite clearly motivated by this column’s sly reverse psychology, has played a crucial role in San Antonio’s charge to a resounding 4–1 NBA Finals victory over Miami. He joined Luc Longley and Andrew Gaze as the only Australians to win championships, and he did so against the might of an star-studded Miami Heat team, led by LeBron James.

We are happy to offer our demotivational services for a very reasonable fee, just get in touch to let us unlock your inner potential…you useless jerk.

“If you can’t beat ‘em, join ‘em,” the saying goes. “If you can beat ‘em, but find yourself hounded and vilified as a chucker, join ‘em,” isn’t quite as catchy, but it applies to Mutthiah Muralitharan. Murali has joined Cricket Australia’s backroom staff ahead of the Aussie team’s October soft diplomacy tour in the United Arab Emirates. In other sporting appointments, Lance Armstrong has taken up an ambassadorial role with WADA, and James Hird and Andrew Demetriou are set to star in a stage adaptation of The Odd Couple.

Hockey: Australians do something good

Apparently orange is the new black. Now I don’t really know what that means, but I do know that I’m sick of it, and my dreams are filled with clogs, excellent English skills, and other Low Country clichés. I can only imagine how the Hockeyroos must feel after losing their second successive World Cup final to the Dutch. Even worse, their male counterparts the Kookaburras won their second World Cup on the trot, triumphing 6–1 against – you guessed it – those confounded Dutch. That’s gonna be a long flight home.

Things to look forward to

You can’t leave the house without tripping over a world-class sporting event right now, and you’re telling me that you don’t know what to look out for? You need more guidance than I realised. Maybe steer clear of the wonderfully retro Saturday arvo clash between Hawthorn and Collingwood at the MCG. Forget about Hayne versus Slater as Parramatta take on the Storm on Sunday. Definitely don’t watch the thrilling, high-scoring World Cup action. And if you’re considering getting back on the sleep wagon, don’t bother: Wimbledon starts next week and Tour de France is creeping up as well.