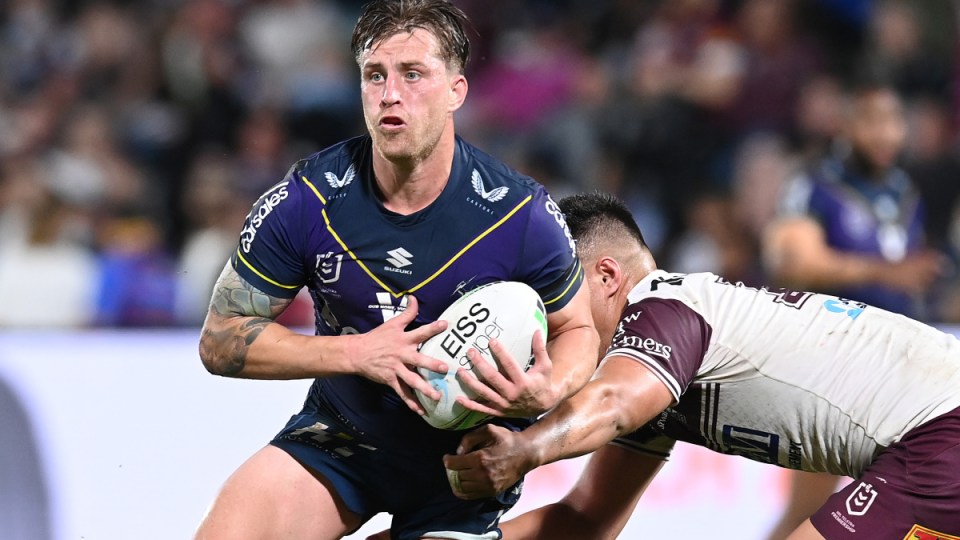 Storm's Cameron Munster has revealed blowing as much as $50k on bad bets in a single day. Photo: Getty

Melbourne stars Cameron Munster and Brandon Smith will miss one game and face fines of up to $30,000 in penalties imposed by the NRL for their post-season antics.

The Storm duo, as well as teammate Chris Lewis, were issued with breach notices by the NRL on Tuesday morning alleging they brought the game into disrepute.

Warriors youngster Reece Walsh was also issued a breach notice for failing to comply with the game’s code of conduct, and faces a two-game ban and a $5000 fine.

With the NRL taking into account the player salaries, Munster was hardest hit, facing a $30,000 fine as well as his one-match suspension while Smith was fined $15,000 and Lewis $4,000.

The Storm trio, as well as Walsh, are also required to complete education and training as directed by the NRL.

The players each have five business days to respond to their breach notice.

“I understand that players have endured a long season under strict protocols,” he said in a statement.

“However, there is no excuse for the behaviour we have seen over the past week. The players have let themselves, their clubs and the rugby league community down.

“These sanctions are designed to include an element of rehabilitation and development as well as having consequences for the individual and team.”

The initial vision appeared to show Munster, Smith and several other people in a room with a white substance on a table while a second video showed Munster dancing on the same table.

Celebrating the end of his debut NRL season, Walsh was arrested on the Gold Coast and is under investigation for drug offences.

The 19-year-old was asked by police to move on from the nightclub strip but he returned and was arrested.

The Warriors had already announced he would undergo club-instigated drug and alcohol counselling.

The Storm players will front the media and club sponsors later on Tuesday with the club yet to hand down its own sanctions.