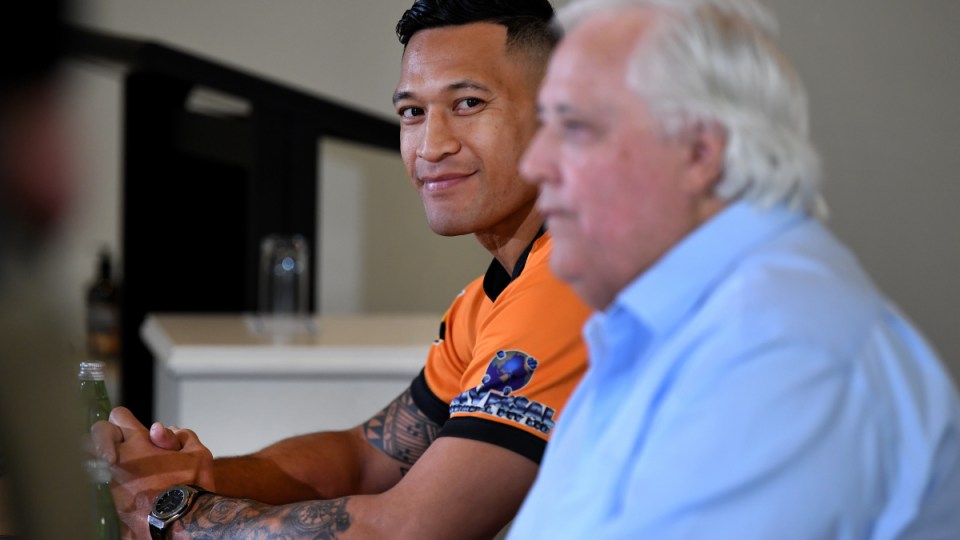 The former Wallabies representative is hoping to play for Gold Coast third-tier club Southport Tigers, in a bid backed by the financial muscle of outspoken businessman Clive Palmer.

The QRL said on Wednesday it could not proceed with Folau’s registration until it received a clearance from Catalans, the French Super League club the 32-year-old signed for after receiving a settlement from Rugby Australia.

Folau had his contract with RA torn up in 2019 after a series of homophobic social media posts.

He joined Catalans in January 2020 and extended his deal until the end of the 2021 campaign last July.

While the QRL said Folau’s controversial social media posts did not align with its beliefs, it was willing to grant him permission to play with the Tigers “at a community rugby league level and no higher” should Catalans provide a clearance.

The French club insists Folau remains contracted to it and it had left the door open to his return, having let him return to Australia on compassionate grounds.

In a statement, Sam Iskander from Alexander Law said the QRL’s conditions for approving Folau’s registration were different to any of his potential teammates at the Tigers.

“We can only conclude it is because of his religious beliefs.

“Israel is seeking the right to claim damages from the QRL, its board members and any other person who has discriminated against him by denying him lawful rights.”