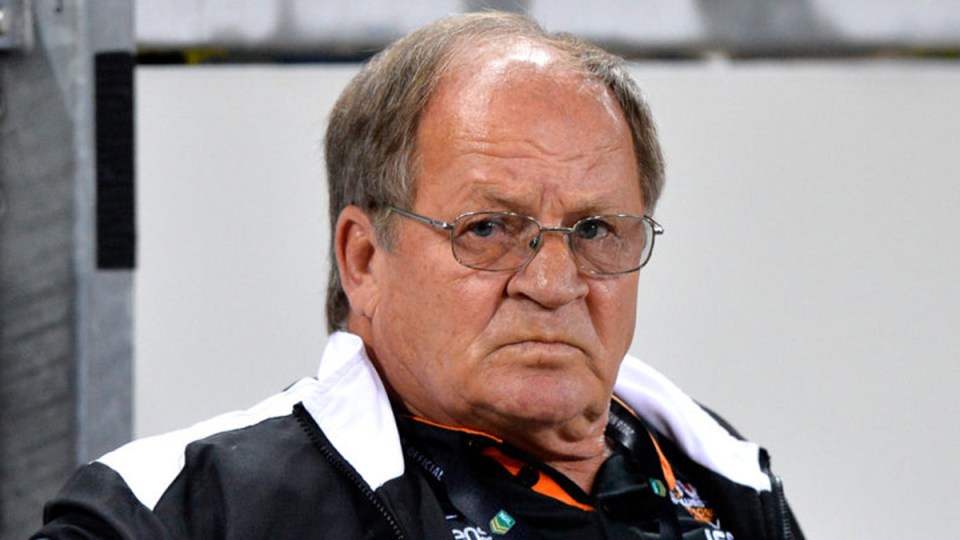 Tommy Raudonikis will be farewelled at a memorial service at the SCG after the Western Suburbs legend’s family accepted an offer from the ARLC.

The service, open to the public, will be held between 11am and midday on Monday as tributes continue to roll in for one of the game’s great characters.

It comes with a dedicated Tommy Raudonikis Memorial Round already planned for round nine when Wests Tigers next play Campbelltown against Gold Coast on May 8.

“Tommy was one of a kind,” ARL Comission chairman Peter V’landys said.

“He was the people’s champion who reached the pinnacle of our game.

The larger-than-life ex-Western Suburbs and Newtown legend lost his long battle with cancer at the age of 70 last Wednesday, causing an outpouring of grief in the rugby league community.

Raudonikis played 201 first grade games for the Magpies across 11 seasons, nine of them as club captain, before joining Newtown in 1980, playing 37 games over three seasons – including the 1981 grand final as captain.

A tough halfback, Raudonikis represented NSW on 24 occasions and played 29 times for Australia in Tests and World Cup matches – twice as captain.

The news came on another tough day for the Wests Tigers, after the announcement that premiership-winning coach Leo Nosworthy died this week aged 93.

Noseworthy played 64 first-grade games for Balmain between 1948 and 1952, before returning as a coach and leading them to their last premiership in 1969.