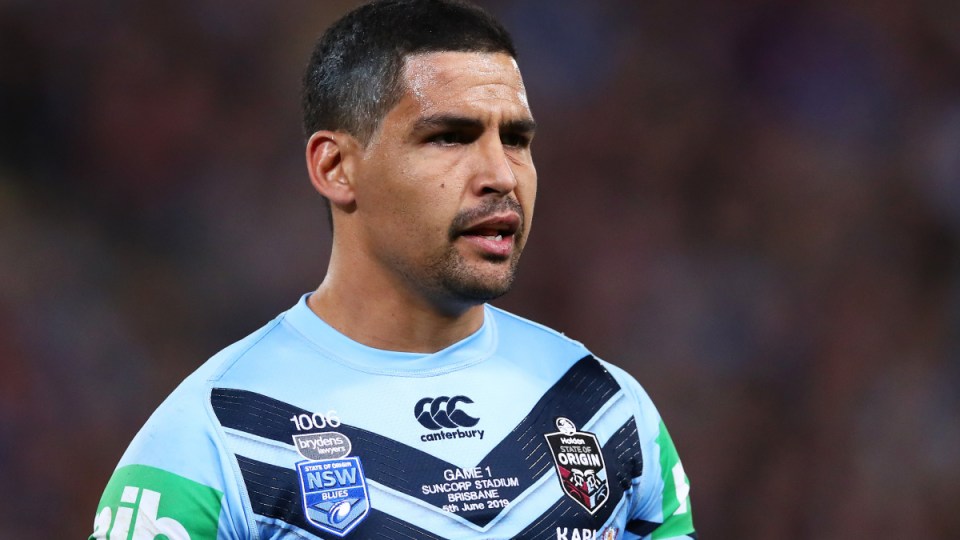 Come what may, Cody Walker is prepared. Photo: Getty

Cody Walker could have sulked about missing out on the NSW No.6 jersey for Wednesday night’s State of Origin opener, but instead he’s ready for anything.

The South Sydney star was the most dangerous player on the field in Saturday’s brutal Blues session on the Central Coast four days out from his Origin comeback.

It will be his second time in the sky blue after playing game one of last year’s series before being dropped by coach Brad Fittler.

And after missing out to Luke Keary for the five-eighth spot, a relaxed Walker is just happy to be in the team.

“I don’t mind it because I’m just playing footy,” he told AAP.

“Just having a crack and doing what I can.

The 30-year-old was the in-form player in the competition at the back end of the season as he led the Rabbitohs to a 144-point blitz across three wins to make the preliminary finals.

However, he has never played a utility role before and has previously only played in the halves or 17 games at fullback.

His elusive running and ball playing will be vital from the bench for the Blues on Wednesday night, although Fittler doesn’t have a plan just yet.

“It’s more wait and see but we’ll definitely look into getting him out there somewhere,” he said.

“A player of his value … the most dangerous person in those drills we were doing (on Saturday) was Cody.

“He just has this ability to play the game at his speed.”

Origin is already the fastest game of rugby league in a season but with the rule changes, Walker said he doesn’t know what to expect or how he will be used.

All he knows is he’s ready.

“See what happens, see what gets thrown at me,” he said.

Meanwhile, fullback James Tedesco has been passed fit to play the State of Origin opener in Adelaide after he was confirmed by the Blues in a heavy session on Saturday.

The Sydney Roosters star was put through contact, footwork and speed work with the Blues side on Saturday and got through the entire session without pain despite copping a few knocks on the troublesome knee.

“It’s good, very good. I got through the session with contact, footwork and everything so I’m good to go,” he said.

“I was already pretty clear in my mind from the start of the week.

“I obviously had to tick off the physical side of it but got through everything (on Saturday) and get through it again on Monday.

“I got through it good, got a few bumps on it and there was no dramas.”

Blues’ Walker ready for anything in Origin opener as Tedesco confirmed