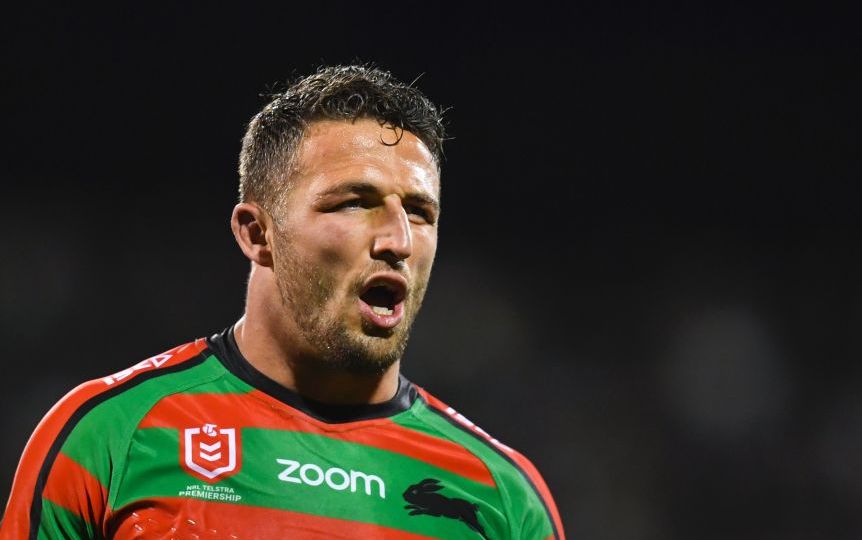 Sam Burgess retired from all forms of the game last year. Photo: AAP

The Rabbitohs have been rocked by claims in The Australian the club covered up alleged domestic violence and drug use by Burgess.

Yesterday, Burgess stepped down from his position as an assistant coach with the Rabbitohs and from a broadcast role with Fox Sports.

He has denied the allegations.

Burgess’s lawyer, Mark O’Brien, told The Australian: “The allegations are false and constitute an indefensible defamation against my client.”

Bennett said he had spoken to Burgess but would not go into detail about their conversation.

“I’m not going to discuss my relationship with Sam — we know where we stand with each other,” he said.

The South Sydney coach however strongly denied that the allegations had been well-known at the club.

“That is not true, it wasn’t known widely within the club because I’ve been here since the end of ’18 and I knew nothing about it until I was told in the last 24 hours,” he said.

“I’ve never had a player or any staff member since I’ve been here talk to me about it in any shape, form or manner.”

“I’ve never heard a rumour or a whisper about Sam Burgess and drugs.”

The allegations are being investigated by the NRL and NSW Police.

Burgess’s lawyer has claimed the sources of the allegations “are those currently in dispute with my client over various issues”.

Bennett strongly rejected suggestions the issue would impact on the side’s performance in Sunday night’s qualifier against the Newcastle Knights.

“It has no impact on the team whatsoever, Sam’s not part of the team in the sense that he’s not playing, he’s not required to play, we’ve come this far without him this year, he’s retired,” Bennett said.

“You can make it out into as big of a headline as you like, you can talk it up as much as you like, but I’m going to tell you now it’s not going to have an impact on the playing group here because it’s distant from us.”