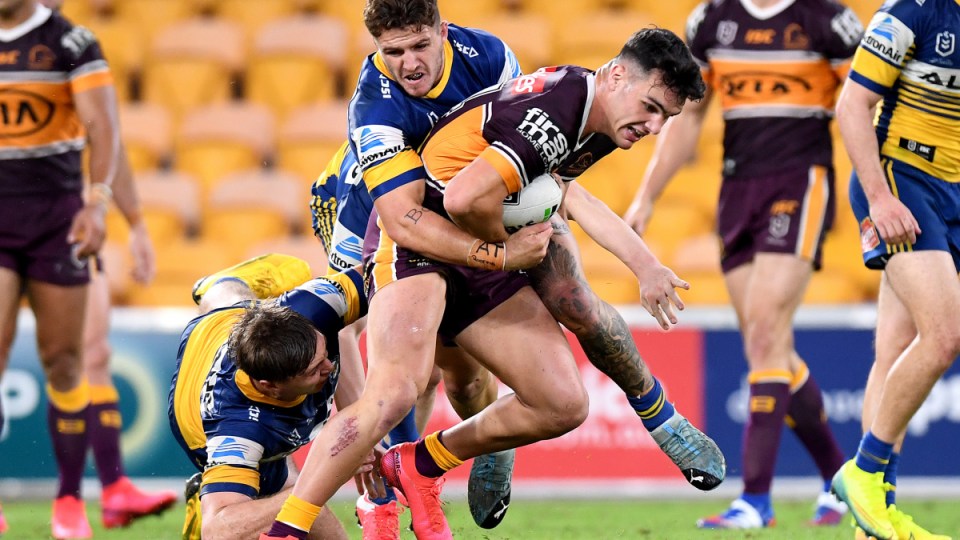 The NRL’s push be the first Australian sporting code to emerge from the COVID-19 shutdown has paid dividends after drawing the biggest television audience for a regular-season game in more than six years.

A combined 1,306,938 million people across the country tuned in to witness Parramatta thrash Brisbane in the first live Australian sport played since March.

Almost one million watched on free-to-air broadcaster Channel Nine, including 615,000 across the five major metropolitan areas.

The bulk of that number stemmed from Sydney and Brisbane, with fans in Melbourne, Adelaide and Perth tuning in via Nine’s secondary channel, Gem.

It was the highest free-to-air audience ever in Adelaide.

Let’s do it all again tonight x2 eh!?

Foxtel drew an audience of 355,000 for a match broadcast barely an hour after the NRL confirmed a new television deal with both of its network partners.

The league also earned positive reviews for its radical new six-again rule, which was designed to eliminate the wrestle in the ruck.

Interim NRL chief executive Andrew Abdo praised ARL Commission chair Peter V’landys for his bold determination to be one of the first sports back live.

“Last night was our highest-rating regular season game in six years – that’s an outstanding result for the game and our broadcast partners,” Abdo said.

“Everything our chairman Peter V’landys and the Commission have done has been for our fans, our partners and our shareholders – the clubs and states.

“We’re delighted the resumption of the competition attracted so much interest and exposure.

“I want to thank our broadcast partners for the work they have done and the innovations to make the viewing experience as enjoyable as possible for the fans.

“Rugby League is part of the social fabric of so many communities.

“To have live unscripted sport back unites us and provides enjoyment and something to look forward to.”

Other codes watch on with interest

The next NBL season is likely to start at least one month later than normal to avoid clashing with Australia’s football finals and maximise the potential of crowds being able to attend.

The coronavirus pandemic has created a sporting log-jam later this year, with the AFL and NRL grand finals now scheduled for late October.

The AFL is the next domestic professional code in line to start up again, on June 11.

With basketball more reliant than the football codes on gate takings, NBL owner Larry Kestelman was hopeful the competition would not have to follow a similar ‘fan-free’ model as he announced plans to delay the usual early-October tip-off.

“It is our intention to start our season after the AFL and NRL have completed theirs,” he said.

“The lifeblood of the NBL is its fans, and basketball is a product for live fan entertainment. We will be doing everything possible to start our season in front of our much-loved fans.”

Labor victory fires up Tamil family’s hopes of return to their Biloela home
Perth residents urged to play it safe as massive storm rolls across region
Joe Biden says he’s not fussed by North Korea’s rumoured return to nuclear tests
ACTU hails Labor’s triumph as the first step to pay raises
Analyst: Sharemarket will be anxious about a Labor pact with Greens
French foreign minister hails defeat of Morrison and his ‘notorious incompetence’
Desperation turns to triumph as V’landys gets NRL back on the field
Today's Stories