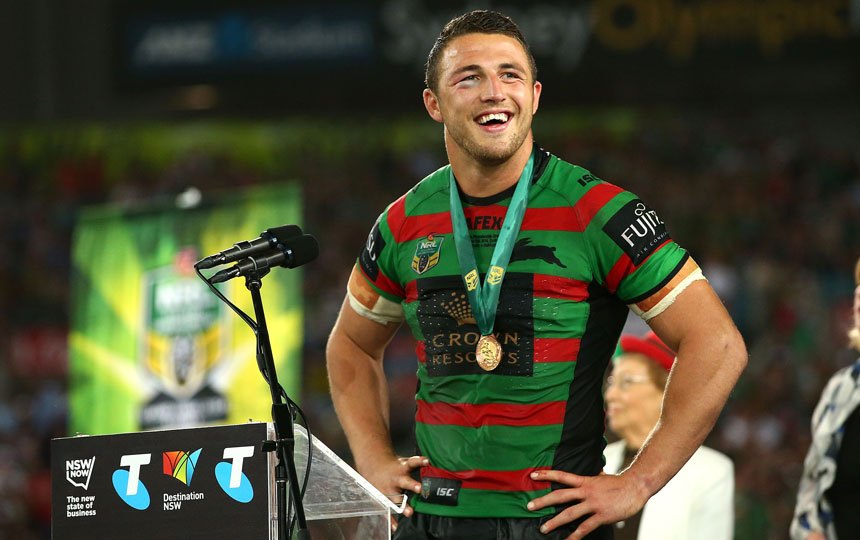 Mal Meninga has labelled the impending retirement of Sam Burgess “tragic”, hailing him as one of the best Englishmen he has seen play in the NRL.

South Sydney are expected to confirm the end of Burgess’s rugby league career on Wednesday afternoon, after another shoulder injury ended his hopes of playing on in 2020.

The news will bring to an end the career of one of the greats of the modern era, after he arrived at the Rabbitohs in 2010 and was their best player in their drought-breaking 2014 premiership success.

“He’s been a great warrior and fella for our game,” Kangaroos coach Meninga said from their camp in Auckland.

“That is sad news for our game. Knowing Sam he will be disappointed. It’s tragic.

“He doesn’t deserve to go out that way. He deserves to go out on his own terms.

“For an injury to prevent him from playing any more, it’s a real tragedy.”

Burgess’s last game will be the Rabbitohs’ preliminary final loss to Canberra, where the 30-year-old left the field late through injury.

At the time of his arrival in the NRL, he was one of just three Englishmen – with Gareth Ellis and Mark Flanagan the other two at the Wests Tigers.

Meninga – a rugby league immortal – believed Burgess helped change the game by opening the door for several other English stars to join him in Australia.

“In my time he is certainly No.1 or No.2 (as far as the best Englishmen in the NRL),” Meninga said.

“I think Ellery Hanley was probably in that space as well.

“But in my time, he has done a fantastic job for England and paved the way for more Englishman to come out.

“He’s been a great pioneer for them.”

Meninga’s comments come after NRL chief executive Todd Greenberg on Tuesday described the 30-year-old Burgess as an ornament of the game, as speculation over the Souths star’s future mounted.

“He’s the sort of player I like to watch…

“He’s been a great competitor in our game, he’s one of the best.”

‘I am not afraid’: The modern unknown soldier risks it all in Ukraine
Greens sign up for Labor’s looming jobs-and-skills summit as Liberals stick with boycott
Joe Biden’s $430b green victory for the environment
China cementing its Thailand ties with joint military exercises
NRL: Titans frantic to end 10-game losing streak as Manly showdown looms
AFL: Western Bulldogs cling to finals hopes after GWS thriller
‘My side of the story will be told’: NRL player returns home after Bali brawl
Today's Stories