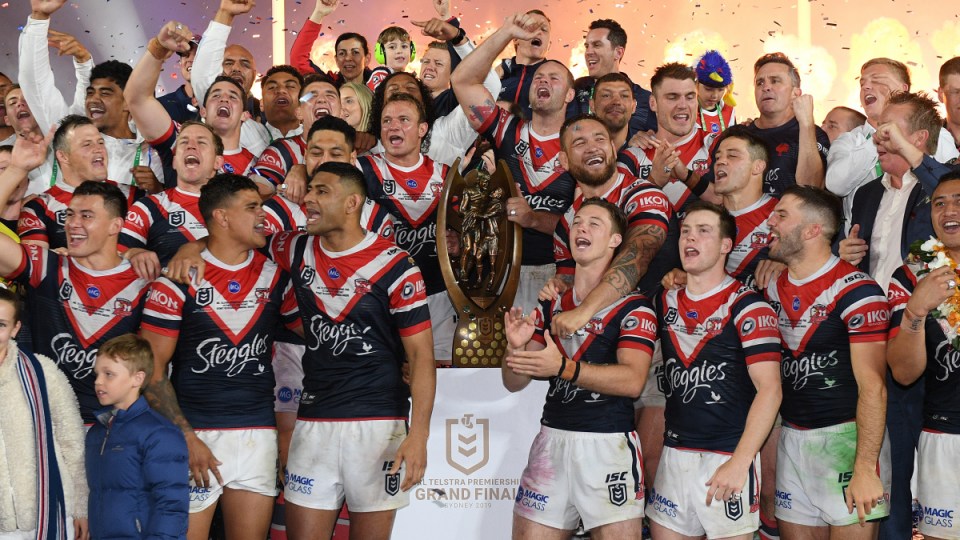 The Roosters were the winners, but the Raiders showed what a community club can achieve. Photo: AAP

Maybe in my lifetime the NRL season will close with a pinnacle moment and we’ll all be able to tie a ribbon around it, set it gently off to sea and think only about the excitement of next year’s footy feast – yeah, right!

The various controversies surrounding the grand final should take nothing away from the players of both clubs that put on such a great show.

The skill, tenacity, poise and physical prowess on display represented the game of rugby league in the most elite manner.

There is much to look forward to in 2020, although first the clubs need to address what has been a problem in the past – the damage that players out of season can cause their clubs.

In this, the Canberra Raiders offered up a template in 2019 that highlighted how positive culture and interaction with the community impacts in elite performance.

The Club clearly stated the expectations around behaviour over the summer and the contribution they wanted to make to not only their fans but also their entire region.

The outcomes were good for everyone. Community engagement in all club operations, bigger crowds, fans facing adversity getting support from players and a boost for sponsors.

Most importantly, players recognised that through genuine actions of care they can have a profound positive effect on the lives of others.

While being clear on what they don’t want players to do during this period is vital, accentuating the positive is what this strategy is all about. Players walk taller knowing they are helping others.

This is a strategy that cannot be left just to Clubs to handle but must be a directive from the NRL, with the positives results likely to be like dominoes falling.

Onfield, head of football Graham Annesley has a few big issues to consider ahead of the 2020 season.

In short, he should remove access to the referees’ on-field microphones for everyone except other officials.

The reason for this is to allow officials to manage the game and communicate with players without the scrutiny of other coaches, the media and fans.

The outcome this would see fewer penalties and an increased flow of the game as refs would be able to warn players on the run if they were  operating slightly outside the rules, like being just off-side – “Do that again and I’ll penalise you.”

Reducing controversy around rulings would also be greatly reduced. If you are not sure what I’m talking about here, you obviously missed grand final day.

Player movement is another source of fan frustration that could be easily transformed to something that is entertaining and source positive publicity for the game. That is … a draft.

The current ad hoc nature of trading has people constantly using terms like; disloyal – it’s just business and they don’t give a rats. Using other professional sports as a guide, player trading is a reality that will inevitably increase.

With the NRL going into negotiations with the players union to discuss trading windows the opportunity to create events like the AFL and NFL drafts is something that would invoke excitement.

Giving fans the opportunity to speculate around the strengths and weaknesses of the clubs and participate in the event is something that has been proven to create excitement and promote the game.

With over 4000 games of elite experience exiting the NRL through retirement or heading overseas, there’s also young talent to look forward to in the coming year.

Expect players like Payne Haas, Ryan Papenhuyzen and Maika Sivo to take the game to go to the next level.

This year we witnessed the amount of “ball in play minutes” increase by nearly 10 minutes. With a year of this up their sleeves, coaches will have their players better prepared to handle this evolution.

What 2019 showed us is that the teams prepared to play more “off the cuff” football with less structure had more success.

If the game continues on this trajectory the simple outcome for fans is a more entertaining brand of football, albeit with greater physical demands on the young men that are on the park.

Let’s have a rest, then bring it on.

Matthew Elliott: How NRL can make the game even greater in 2020