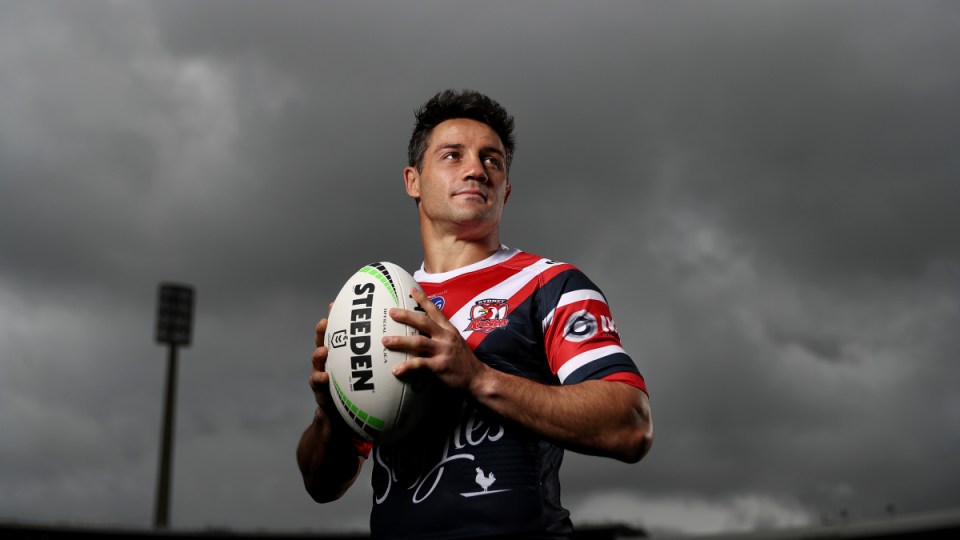 The NRL grand final shapes as a contest between a team establishing an era of greatness and another rising after years in the wilderness.

As The New Daily NRL expert Matthew Elliott wrote on Thursday, the grand final winner will be the team that can implement their game plan without being knocked off balance in their down moments.

“Both teams have the potential to do this, but the 17 men representing Sydney Roosters are most likely to do it because the quality of the personnel just slightly shades the Raiders,” said Elliott, who has coached Canberra, Penrith and New Zealand Warriors.

Without doubt, the Roosters look ripe to go back to back. Their strong defence alone would likely be enough to get them over the line, but there’s also the emotional drive to give ready-baked legend Cooper Cronk a winning send off.

Sunday night’s grand final will be the Rooster halfback’s ninth grand final, having already won five flags in his storied and diverse career.

Cronk’s former Queensland state of origin teammate Johnathan Thurston says his old mate is a once in a generation halfback, adding that he is the man most likely to mould a new generation of Roosters champions by inspiring another flag.

“Just his work ethic, how disciplined he is with his preparation. How he gets the best out of his body week in, week out. All that knowledge in his brain, football-wise,” Thurston told AAP this week.

“There is no better that goes out there and executes a game plan.

He knows how to turn the screws and turn momentum. He will go down as one of the greats.”

“If I had young halfbacks coming though, I would be getting those kids to pick his brain as much as possible. There is so much knowledge there, and he knows how to pass it on.

And while Canberra goes into the grand final as underdogs, the Raiders will at least be at full strength after star centre Joey Leilua got through the captain’s run unscathed on Saturday.

Leilua is the only Canberra player with grand final experience but has been battling a calf injury this week.

Raiders assistant coach Andrew McFadden confirmed the 2018 Dally M centre of the year would be “100 per cent” by kick off on Sunday night.

“(Leilua) has been good, he trained every session, he was a bit dramatic with it last week but he’ll be fit to play,” McFadden said.

“They call Joey the miracle man, he recovers very quickly and it’s great to have him on. He’s going to really provide us a point of difference.

“He would have got on the field no matter what happened, it’s a big moment for everyone. This is probably as strong a team as we can put out so it’s really nice to be healthy.”

Co-captain Josh Hodgson and star second-rower John Bateman both had viruses this week but the duo trained on Saturday and will be fit to play.

“Everyone is healthy and relaxed, and ready to go,” McFadden said.

Canberra are playing in their first grand final since coach Ricky Stuart led the club to their last title as a player in 1994.

The Roosters only injury concern is hooker Jake Friend, who has been nursing a calf injury.

NRL GRAND FINAL, SUNDAY – HOW THE TEAMS SHAPE UP

Fullback – James Tedesco:  NRL games: 138. Considered the NRL’s best player. The strike weapon will be in the Raiders’ sights, especially after reneging on a 2015 Canberra deal.

Winger – Daniel Tupou:  NRL games: 159. Lanky Tongan international rarely out jumped by an opponent under the high ball. Looking for a third title with the Roosters.

Centre – Latrell Mitchell: NRL games: 97. The Roosters’ points-scoring machine has had a turbulent season, overcoming everything from his NSW Origin dumping to contract speculation to social media trolls to be back to his best.

Centre – Joseph Manu: NRL games: 69. An aggressive defender, the Kiwi international picked up where he left off from a breakout 2018 and forms an ominous combination with Cooper Cronk and James Tedesco in attack.

Winger – Brett Morris: NRL games: 251. The wily veteran adds plenty of experience and nous since lobbing this season. Ex-Test and NSW centre is hoping to end a long wait for his second premiership ring after 2010 success at St George Illawarra.

Five-eighth – Luke Keary: NRL games: 133. A classic big-game player. Test pivot is nursing an ankle complaint but will play after escaping suspension for a high shot on Melbourne’s Felise Kaufusi.

Halfback – Cooper Cronk: NRL games: 371. Been there, done that. Hard act to follow after famously overcoming a broken shoulder blade in 2018 season decider but will be out to end his stellar career with a third straight title in his ninth grand final.

Prop – Jared Waerea-Hargreaves: NRL games: 218. The Roosters’ enforcer. The fiery Kiwi is back from a one-week tripping ban after terrorising South Sydney in their qualifying final and will be out to stop Raiders wrecking ball Josh Papalii.

Hooker – Sam Verrills: NRL games: 13. Rookie youngster has stood tall while filling in for long-injured Jake Friend. But speculation won’t go away that co-skipper Friend may yet share hooker duties.

Prop – Isaac Liu: NRL games: 157. The Kiwi brute is full of confidence after stepping up in the absence of banned Waerea-Hargreaves and Siosiua Taukeiaho’s early sin-binning in preliminary final.

Second-row – Boyd Cordner (captain): NRL games: 167. The Roosters’ heart and soul. The NSW and Test skipper will again look to lead by example as he attempts to inspire the tri-colours to rare back to back titles.

Second-row – Mitchell Aubusson: NRL games: 288. The Roosters’ Mr Reliable. The utility has ability to impress in both the forwards and backline. Overcame concussion doubts to vie for third premiership.

Lock – Victor Radley: NRL games: 54. A versatile forward who can also pitch in at hooker, Radley hasn’t looked out of place holding down the middle of the field for the Roosters after a breakout 2018.

Angus Crichton – Former NSW and South Sydney forward was back to his best in their preliminary final win. Dangerous in broken play.

Siosiua Taukeiaho – Back on the bench after copping an early sin binning for dust up with Nelson Asofa-Solomona while stepping up for Waerea-Hargreaves last week.

Fullback – Charnze Nicoll-Klokstad: NRL games: 32. Arguably the find of the season. Repaid the Raiders’ faith 10-fold since being released from the Warriors at the start of 2019. Kick-return metres king and in-goal escape artist.

Centre – Jarrod Croker (co-captain): NRL games: 256. The Raiders’ Mr Reliable. Leads by example, rock solid defender and kicks goals too. Somehow has still not earned NSW Origin selection but premiership ring will no doubt make up for that.

Centre – Joseph Leilua: NRL games: 203. Canberra’s X-factor is expected to overcome a calf injury and return to his rampaging best in decider. The only Raider with grand final experience, albeit with the Roosters.

Winger – Jordan Rapana: NRL games: 117. The tackle-busting Kiwi can create something from nothing as one half of his formidable combination with Leilua, affectionately dubbed Leipana.

Five-eighth – Jack Wighton: NRL games: 155. Former fullback who has adapted superbly to the halves. Is ready to cap a redemption story with a title less than a year after copping a suspended jail sentence for an alcohol-fuelled assault.

Prop – Josh Papalii: NRL games: 196. The Queensland Origin wrecking ball is considered the NRL’s premier prop. Must repeat his bulldozing display that inspired preliminary final win if Raiders are any chance against Roosters.

Hooker – Josh Hodgson (co-captain): NRL games: 107. The scheming Englishman is Canberra’s danger man after overcoming a head knock. Whether it is with a kick, a deft pass or a one on one strip, Hodgson can turn a match on its ear.

Prop – Iosia Soliola. NRL games: 199. Former Rooster will be fired up against his ex-club in his 200th game and remarkably the first grand final of his 15 year career.

Second-row – John Bateman: NRL games: 22. Former Wigan centre has made up for lack of size with attitude and energy to emerge as one of the premier back-rowers in a stunning NRL debut season.

Second-row – Elliott Whitehead: NRL games: 100. A fan favourite and another member of Canberra’s influential four-strong English contingent. Out to impress in first career grand final since making debut back in Bradford in 2009.

Lock – Joseph Tapine: NRL games: 99. After overcoming a rib injury, the Kiwi forward won’t take a backward step as evidenced when he squared off with Melbourne giant Nelson Asofa-Solomona a month ago.

Dunamis Lui – Another vital cog in the Raiders engine room who has swapped with starting prop Papalii in the finals.

NRL grand final: The players who will decide the big match