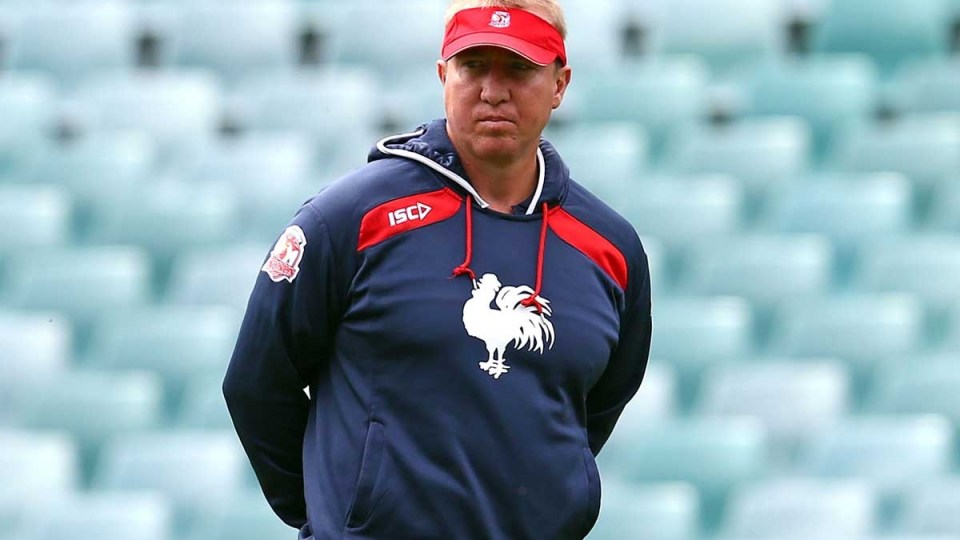 Sydney Roosters coach Trent Robinson has been staunch in his belief that his team must focus on winning a new NRL premiership, not defending an old one. Photo: Getty

Whatever you do, don’t call it a repeat.

That was the message New England Patriots coach Bill Belichick gave to his team in 2004, the last time an NFL team went about claiming back-to-back titles.

“We never once talked about repeating,” recalled safety Rodney Harrison.

“He told us at the beginning: ‘This is not about repeating. It’s not the same team. We have different members.’

“It was his perspective that gave us the right perspective. That’s what Bill does. And the players believe him, they buy into it. That’s how they’re able to focus.”

It was also the directive from Golden State Warriors coach Steve Kerr after watching his team claim two NBA championships in three years (2015) and (2017) before they went back-to-back in 2018.

He asked himself: “What do you tell a team that’s won 65-plus games the last three years, two championships, how do you tell a that team to get better?”

“I do think in order to keep their interest, and to keep them fresh, we’ve got to change some aspects of our routine,” Kerr said.

The two-time premiership coach has been staunch all season in his insistence that their quest to defend a premiership must be about winning a new one if they are to become the first team to win back-to-back titles in a unified competition in 26 years.

“Be really proud of what you’ve done and been through, but we’re on a different path now,” Robinson told his squad last summer.

Some differences were easy to point out.

Such as the Sydney Football Stadium being reduced to rubble and the Sydney Cricket Ground becoming their home ground.

Then Cooper Cronk announced his pending retirement, Latrell Mitchell battled challenges on and off the field, and co-captain Jake Friend missed all but five matches.

Some changes were may have caused fans to doubt.

Like when Newcastle handed the Roosters their worst loss in three years in May in a game where Robinson rested his veteran in Cronk.

It was partly a load-management regimen that resulted in the likes of Boyd Cordner, Luke Keary, Friend and Mitchell missing large chunks of the year.

All up, over 30 games were missed by regular players compared to last year. Most were through injury, but the club was also extra cautious of bringing them back too.

Robinson conceded the Cronk resting backfired, yet had no regrets.

“Right now you can look at it that way, but I’m not going to walk the path we’ve all walked to go get the same result,” said Robinson after that 38-12 whalloping from the Knights in May.

Five months on and the Roosters are into a second consecutive grand final after defeating Melbourne without talismen Jared Waerea-Hargreaves and Friend.

“I’ve loved the way that we haven’t looked to do what we did last year. We haven’t followed the same path at all,” said Robinson.

“We’ve had very similar players, we’ve felt like we’ve tried to improve as a team.

“But we weren’t looking for a similar feeling or trying to repeat something. This is brand new. And we’re not done.

“We’re adapting, we’re playing slightly different. We’ve got some new faces that have earned their right to be in the team. This is brand new.

“We’re not trying to hold onto something. We’re trying to go after something in 2019, and I think we’ve played that way all year.”

Keary, who has emerged as the team’s chief playmaker this season after starting last year as Cronk’s sidekick, shows the players are right on message.

“You can’t recreate what you feel, you can’t emulate what you’ve done. You don’t want to try and do it like you’ve done it before,” Keary says.

“You want to just make your own path.”

Roosters look ahead to go back-to-back