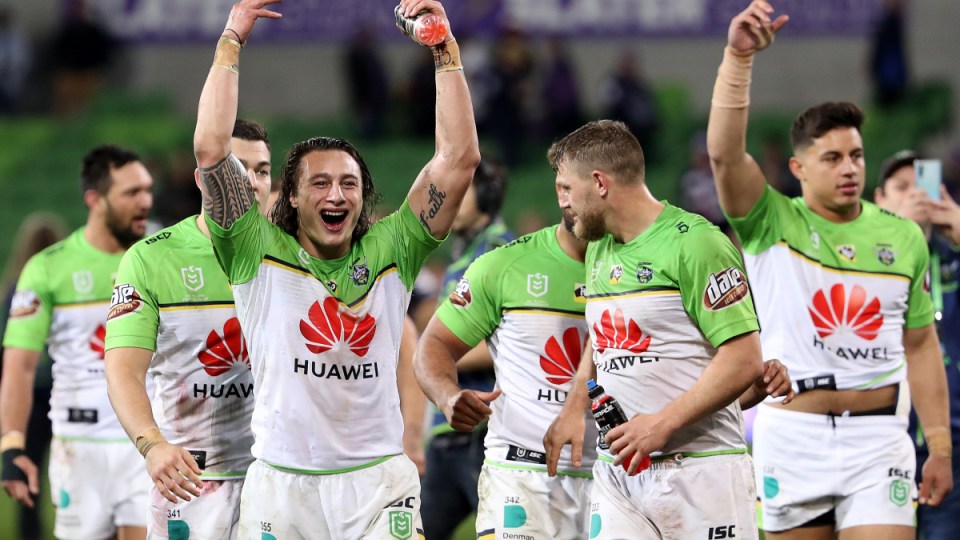 As we approach the preliminary finals and the focus on the last four teams elevates, it is interesting to observe the crazy story lines that make the NRL finals so fun.

The South Sydney Rabbitohs arrive at the preliminary final after stumbling their way through the back end of the season, with even last week’s win being no exception.

Despite their coach giving the wrong half-time speech – thinking his team was actually behind – then dodging a bullet fired from a depleted Seas Eagles, the Bunnies found a way to put themselves 80 minutes away from a grand final.

Coming up against a potent Raiders outfit will require them to put some genuine focus on their defensive approach.

The vulnerabilities shown on the edges against Manly will be something that Rick Steward and creative backrowers will have focused on in their preparation coming into this game.

John Bateman, Elliott Whitehead and Joseph Tapine will run amok if the connection between Cody Walker, Adam Reynolds and their inside forwards does not improve.

The one thing both these teams have in common is solving the challenges that their opposing hookers bring.

Defending Josh Hodgson is like buying a ticket in the meat raffle at the local – you just cannot be sure what he is going to pull out of his bag of tricks.

If you give him space at the ruck, you’ll be dealing with his running game, short and long pass options or one of the best attacking kicking games in the competition.

Damien Cook only needs ruck speed to create complete chaos for defensive lines and, with Cameron Murray the best in the competition in providing this resource, the Raiders will have to have a perfect tackle technique on Friday night.

When attempting to predict the outcome of this game it is difficult not to sway towards Canberra, however it doesn’t take too much reflective ability to recall the impact that Wayne Bennett can have on a team at this time of the year.

So while the form line suggests the home team should dominate this game, be assured that what South Sydney produces on Friday will be at an entirely new level.

Then there is Melbourne Storm v Sydney Roosters – the game we all believed would be the grand final taking place a week early.

Storm’s response to a stumbling performance in week one of the semis was as ruthless as Craig Bellamy’s decision to leave Will Chambers on the bench.

This was led by a dominant start from their middle forwards, Jesse Bromwich, Nelson Asofa-Solomona and Dale Finucane.

Not only did they snuff out the powerful Eels pack defensively, but they also created the space for their outside backs to have a field day.

The opportunity was gobbled up by Josh Addo-Carr, who came up with one of the best semi-final tries in recent history.

The battle moves to a whole new level of Saturday night at the SCG when they take on Sydney Roosters.

While the absence of Jared Waerea-Hargreaves is not ideal, be assured Storm will be focused on the forwards that are running out in the preliminary final.

Trent Robinson’s big decision coming into this game is around who he selects at hooker.

His captain Jake Friend has been out for an extended period and has been covered in exceptional style by Sam Verrills.

The risk here is two-fold.

One being that if he brings Friend straight into the team, he could lose the rhythm and continuity that has been built around the young rake.

Secondly, in big games like this there is no replacement for experience, particularly when facing a team like Storm.

Cooper Cronk faces a massive moment in his professional career.

With his retirement one loss away, coming up against the team and coach that shaped his amazing career, he is one of the few players that would not be distracted by this prospect.

His broad shoulders must also take the responsibility of getting the Roosters around the park and getting the best out of key players like Luke Keary and James Tedesco.

History tells us that he was able to execute this with only one arm in last year’s grand final, but be assured he is going to need both hands on the wheel to get his team the victory this time around.

Anyone who can predict the outcome of this game with complete confidence is certainly a better tarot card reader than I am.

What I am confident about is that the winner from the Souths v Raiders game will be in a strong position the following week as the game between the Roosters and Storm will likely leave little in the tank for the winner.

It’s going to be an enthralling weekend.