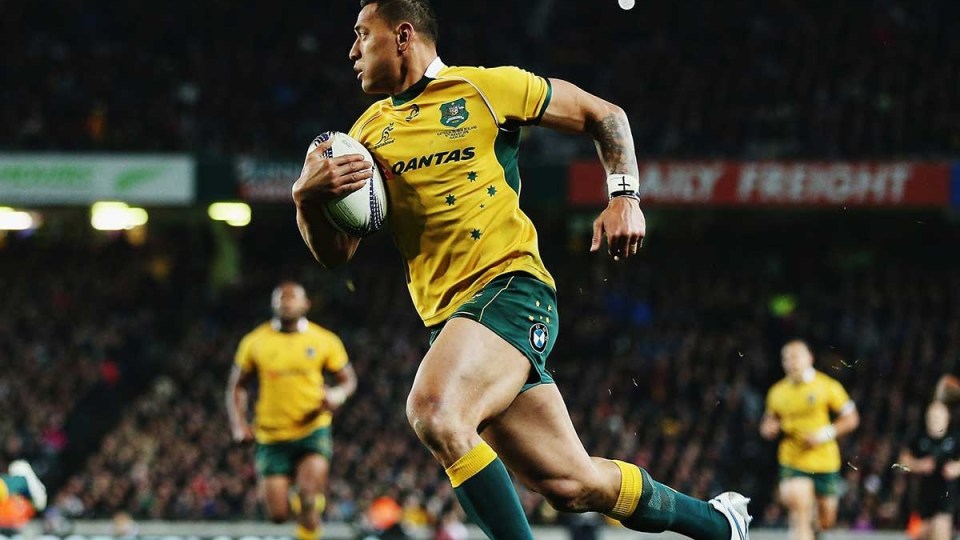 Israel Folau appears set for a stunning return to rugby league after reportedly being registered to play for Tonga in their two Test matches later this year.

The Tongan National Rugby League is believed to have confirmed Folau and his brother John will feature against Great Britain and the Kangaroos.

“I’m so grateful to have the opportunity to represent God, my family, my heritage and the people of Tonga,” Folau said, according to the New Zealand Herald.

The development comes four months after Folau’s lucrative contract with Rugby Australia was controversially terminated for breaching its code of conduct.

Folau, 30, was deemed guilty of breaching the code over his social media posts, which claimed homosexuals are going to hell.

However the dual-international is now attempting a comeback to the 13-a-side game with Tonga, which faces Great Britain in Hamilton on October 26.

The Mate Ma’a plays Australia in Auckland on November 2.

“I am thankful that the RLIF have accepted my availability to play,” Folau said.

“I don’t want to bring any of my personal matters into this and I am grateful that the IRLF have endorsed my availability.

“What I will do now is focus on playing great rugby league and do my talking on the field.”

Tonga coach Frank Endacott, who was only appointed coach of the national team two weeks ago, welcomed Folau’s return to the game.

“This is great news,” Endacott said.

“These guys are great footballers and bring size, pace and skill to the team. They will make a huge impact in the team and provide exciting attack options all over the park.”

“This will be great boost to the internationals, and I cant wait to see the crowd support that this will generate from our famous Mate Ma’a Tonga supporters.

“And it is good to see the RLIF approving these players for internationals.

“This is great for the game.”

It is unclear however if the Rugby League International Federation has officially given the green-light on the registration, with some casting doubt on the move.

“Rugby League International Federation is set to veto the move at an upcoming meeting.”

Australian Rugby League Commission chairman Peter Beattie has previously shut the door on any attempt by Folau to return to the NRL.

Beattie is also the deputy chairman of the RLIF.

“Our position on Israel Folau remains the same,” Beattie told AAP in June.

“We are an inclusive game with respect for all. Israel has social media posts online that go against what our game stands for.

“As it stands, he will not be considered for registration. What Israel chooses to do in relation to his social media posts and his faith is a matter for him.”

The report also claims neither Folau brother is eligible to play in the inaugural nines tournament in Sydney because it is considered an NRL event.