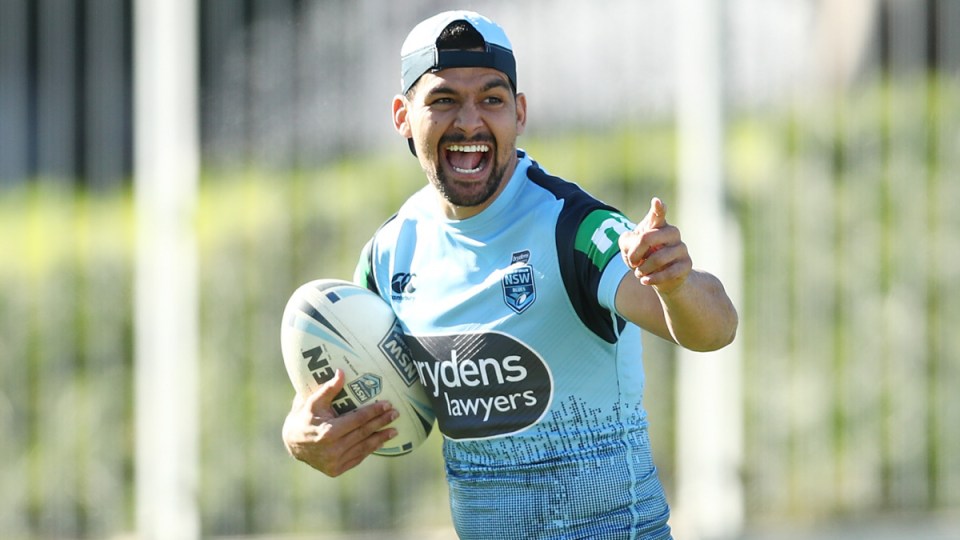 The national anthem could be re-worded after a silent protest from Indigenous players at Wednesday night’s blockbuster State of Origin rugby league match.

Four players will refuse to sing Advance Australia Fair because they say the words “young and free” are disrespectful to 60,000 years of pre-European Indigenous history.

“These words of our national anthem are not something carved in stone,” Liberal MP Craig Kelly told the ABC’s AM show.

“If these gentlemen said [they] would be happy to sing the national anthem with changing that one word, I think a lot of Australians would sit down and they would say, OK let’s change that word,” he said.

“Let’s sing, ‘We are strong and free’ and let’s all get on and make sure we are, as the anthem says, Australians all.”

“I love singing the national anthem, and I sing it with pride. But if we can make a small change to recognise our country’s incredible 60,000 plus years of continuous culture, then let’s just do it,” Ms Plibersek said on Twitter.

Mr Kelly is an unexpected source of support for a re-wording.

The Liberal MP has long opposed other social changes – such as same-sex marriage – and is an influential voice in the Coalition’s conservative wing.

State of Origin debutant Cody Walker began the movement at February’s Indigenous All Stars match, during which he refused to sing the anthem, explaining it did not represent his family.

On Friday, Queensland and Australian centre Will Chambers and boom NSW youngster Latrell Mitchell signalled they too would refuse to sing Advance Australia Fair.

“We aren’t young and free,” the star centre said. “We’re the longest-living culture in the world.”

The players’ respective captains are supporting their decision.

“Who am I to say what Will Chambers can and can’t feel?” Queensland captain Daly Cherry-Evans, who is not Indigenous, told the media this week.

“Hopefully this sort of stuff does start conversations, not just in sports but around the country, around what we believe can make the country a better place.”

Penned in 1878 by Scottish-born composer Peter Dodds McCormick, Advance Australia Fair‘s lyrics were changed to remove fawning references to “Brittania” and England before being adopted as the national anthem in 1984.

No changes have been made to the lyrics since then.

Surprise support for re-worded anthem ahead of Origin protest