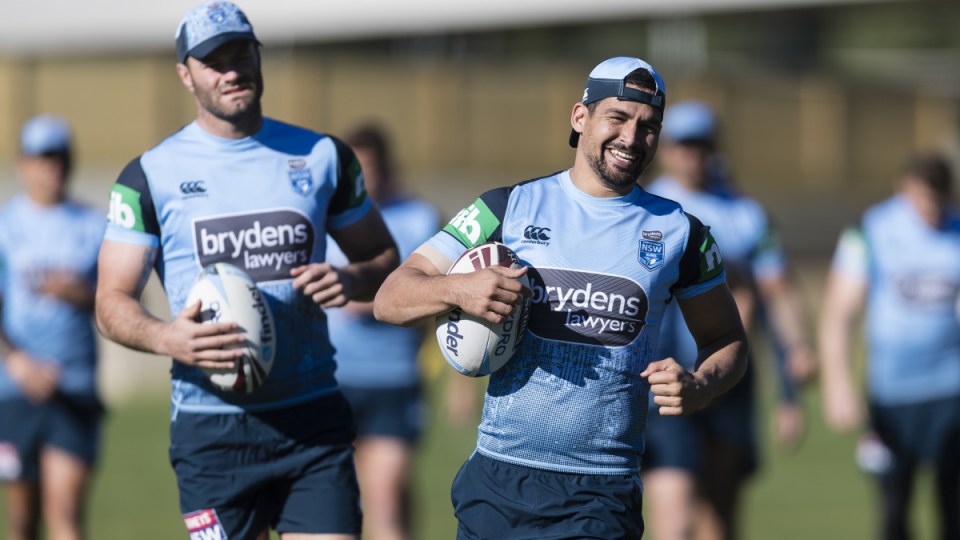 NSW's Cody Walker is one of the great State of Origin stories. Photo: Getty
analysis

There can be little argument that in the rugby league world, State of Origin provides us with the ultimate contest.

From an analytical point of view, the game offers myriad dream match-ups and tests of mind and body.

It is also fair to say that Queensland’s dominance over the past decade had diminished some of the hype around the series.

With so many legends of the game retiring from the Origin arena over the past two years, added to New South Wales winning the series last under the eclectic guidance of Brad ‘Freddy’ Fittler, there is a feeling that the excitement is surging back.

Tale of the Tape! #Origin pic.twitter.com/AEO6xnmnXP

As sad as it is to not see Cameron Smith and Paul Gallen face off and swap barbs before the game, how can you not be excited about the new talent and storylines offered in Wednesday’s first game?

Cody Walker, who is undoubtedly the form player in the NRL, becomes the oldest five-eighth ay 29 to debut in Origin.

His long and tough road to the top of his game in truly inspirational. His proud heritage as an indigenous Australian and refusal to sing the national anthem will divide loyalties.

How can you not be interested in Payne Haas, competing after coming off Ramadan fasting, and how Cameron Murray will perform at the next level?

Seeing these two young men take the field on Wednesday night has me excited and that’s not even a fraction of the story.

Josh Morris returning for the Blues, Latrell Mitchell and The Fox side by side on the left side, and the thought of what James Tedesco will deliver from out the back – taken in total it’s a spellbinding invitation for speculation.

This year Fittler has the Blues walking barefoot again, holding their breath underwater for minutes at a time and doing their mindfulness training. Will this New Age approach get them across the line again?

Then, as we cast our view north of the border, Kevin Walters has had to deal with the controversial decision to engage ‘coach whisperer’ Bradley Charles Stubbs with his ‘expect to win’ guidance.

While many may argue the point of this, it certainly has drawn attention to the contest and it has ratcheted up the pressure on everyone.

While the mind games are interesting, the prospect of Kalyn Ponga lighting up Suncorp Stadium from fullback will be worth the price of admission alone.

Will Dale Cherry Evans’ (DCE’s) return as skipper after not playing for a month pay off, or could it bite the Maroons in the butt?

In recent years we all knew we were going to see the highest quality of football at this time of the year, but sometimes the results haven’t gone as expected.

The completely unpredictable nature of the contest has certainly increased the anticipation.

Who wins? Who aims up? What and when are the key moments? Whose mind games work and whose will fail? It’s all up for grabs.

The one thing we can be certain is that the 34 young men who take the field will be on a single-minded mission to physically and mentally poleaxe anyone opposing them.

It’s that time of year and I can’t wait for Origin to begin.