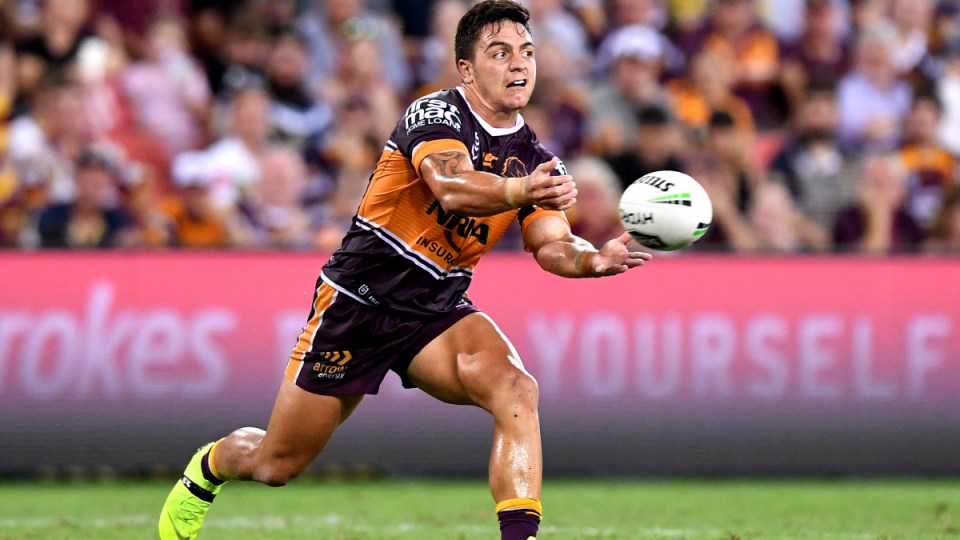 Kodi Nikorima is leaving the Broncos for the Warriors. Photo: Getty
analysis

So here we go again, the NRL merry-go-round is starting to spin and loyalty, or otherwise, is again up for debate.

We have now hit the stage of the year when clubs are starting to identify their deficiencies, as well as players who no longer serve the club at the required level.

The first to go is Kodi Nikorima. His exit from the Broncos to the Warriors marks the first player movement prior to June 30 this season and, as history has shown, he is unlikely to be the last prior to the deadline.

Did he decide to leave to chase more dollars or was it the Bronco’s who believed that their best halves-partner for Milford was the young gun Tom Dearden?

It is a question fans will ask and it always poses a problem for the competition.

The driving force behind all team performance is loyalty, but as each year we see players and clubs being so transactional so early in the season it is fair to wonder how this fundamental trait can exist.

Looking at the situation in a professional way is the only way to make sense of it all. Everyone in NRL, clubs, coaches and players understands it is just a part of the competition.

This means that everyone with the club learns not to take these decisions too personally. For the most part the impact on relationships are in most cases minimal.

However, what the current system fails to take account of is the fans’ investment in their teams, the jumper and the players who they follow week in and out.

Take the example of Parra fans who absolutely love their skipper Clint Gutherson.

The speculation currently surrounding his future might be a distraction for him and the club, but it is the supporters who will feel it most – particularly now they finally have something to be optimistic about.

Some could quite easily become disengaged by something the professionals at the club see as just a hard reality. Loyalty is something fans cling to and consider important.

So how to meet all expectations?

Player movement in a many other professional sports is dealt with by a draft process and it is something that fans tune in to watch. It is an enthralling process.

Yes, the “D” word is a fraught subject in NRL, but I aboslutely believe it is a mechanism that allows fans to engage in the player movement process and see how, and why, changes are made.

The draft in the AFL and the NFL in the USA is a television event and it is completely enthralling to see the strategic process of how clubs build  and develop their playing rosters.

Along with captivating TV audiences out of the regular season, fans get to speculate on how their club is going in building a team and also assess the quality of their opponents’ recruiting.

The process somehow depersonalises player movement and gets fans excited about the prospects of their team.

While the NRL’s history with the draft is embedded in legal controversy it is surely time to put this ancient history behind us and remove the in-season discussions that always come back to team loyalty.

This would be better not only for the sport and clubs, but would reduce the individual scrutiny on money issues that players have to endure as the current process plays out mid-season.

NRL draft would fix the ‘loyalty’ debate once and for all