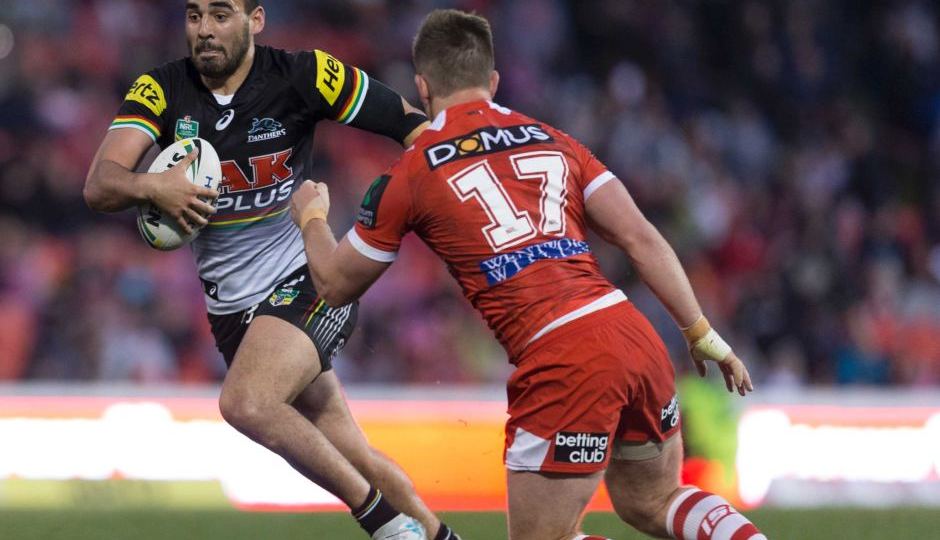 Tyrone May is the five-eighth for the Penrith Panthers. Photo: AAP

NSW Police have charged Penrith Panthers player Tyrone May over filming and circulating videos of sexual acts with two women without their consent.

Police alleged Mr May, 22, filmed a sexual act with a woman at Coffs Harbour in February last year as well as with another woman at Kingswood in western Sydney in May.

Authorities were told the sex acts were consensual but the women were unaware they were being filmed and the footage was being shared without their permission.

It is understood the women saw the videos and contacted the police.

He has been granted conditional bail and will face court in May.

The Panthers said they were bracing for more videos to be released, but denied May was responsible for making the videos public.

“We are aware of the charges, I have spoken to Tyrone May and he will vigorously deny the charges,” said Panthers CEO Brian Fletcher.

The Panthers believe a player at another club released the videos and contacted the NRL Integrity Unit – the player is expected to be interviewed today.

Mr May met with the integrity unit on Sunday and yesterday Mr Greenberg said the incident was a reminder for players to be “very careful” around videos and phones.

“If it is stupidity and juvenile behaviour we’ll deal with it with a sanction,” Mr Greenberg said.

“I have spoken to our integrity unit who I understand are looking through it.