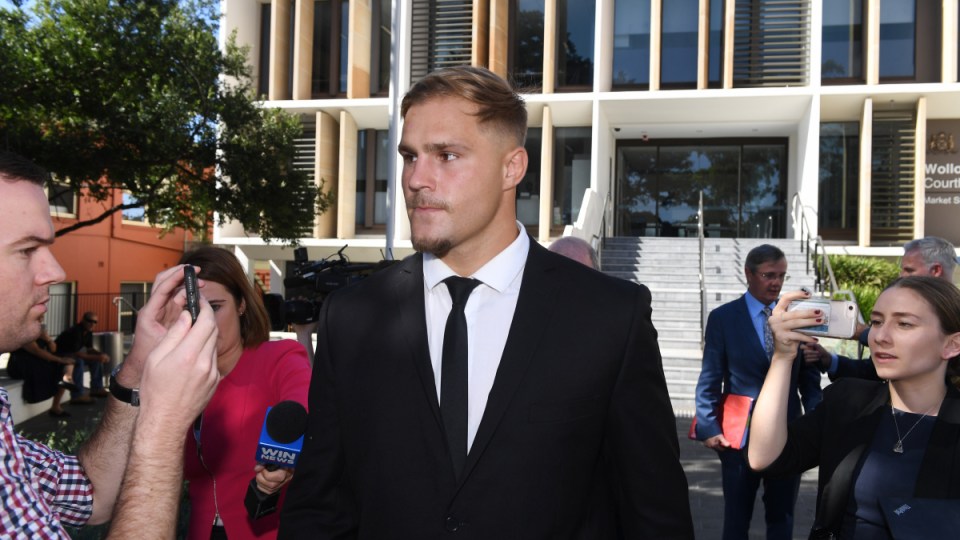 The NRL didn’t have an off-season over summer.

Instead, its players went about putting together their own sordid reality TV show – the NRL’s version of Underbelly.

Rugby league players were in the news on a weekly basis for a series of off-field dirty deeds that consolidated the game’s reputation as Australia’s outlaw sport.

Has any of it tarnished the sport’s brand in the marketplace?

Ben Parsons, founder of Ministry Of Sport Marketing told The New Daily he doesn’t see this series of scandals hitting the NRL where it would hurt the most – in the pocket.

“Everyone talks about the revenue, but the biggest revenue comes from the broadcast deal and that is a long-term contract. It’s not going to have a massive impact,” Parsons said.

The trouble started before last season ended, with the Canterbury Bulldogs being fined $250,000 when Adam Elliott and teammates were caught drunk, naked and dancing in public.

Some of the game’s biggest names, including Greg Inglis (speeding and drink driving), Jarryd Hayne (aggravated sexual assault charges) and Ben Barba have been caught in the middle of rugby league’s summer of scandal.

And there are plenty more sordid tales you could add to that sorry list.

When the St George-Illawarra Dragons refused to stand down Jack de Belin while he faces serious rape charges, it forced many to wonder if rugby league didn’t have the guts to live its values.

#BREAKING: Ben Barba has been deregistered from the NRL. #9News pic.twitter.com/5oXcMvEoem

Former Melbourne Storm CEO Ron Gauci told The New Daily the NRL is sending mixed messages about what it stands for.

Gauci oversaw the rebuilding of Storm following the salary cap scandal and was at the helm when it won the title in 2012.

“The only consistency about the NRL is its inconsistency,” Gauci said.

“There’s been a lot of rhetoric about protecting the brand and setting a standard for players, but the NRL needs to be more consistent in setting out what it stands for and then acting accordingly when these incidents occur.

“There’s inconsistency around how the NRL and the clubs have dealt with the de Belin case and that of Ben Barba (at North Queensland Cowboys).

“I think most fans are confused about what the NRL stands for, what it believes in and how implements its disciplinary policy,” Gauci said.

Professor Albury told The New Daily she senses a shift in public sentiment about sexual assault and violence.

“Looking at it in 2019 compared to what we dealt with in 2004 there is a broader understanding of the issues around consent and sexual violence in the community,” she said.

“In 2004 there was a lot of rationalisation of what could be termed bad boy culture – the idea that boys will be boys.

“There was a lot of victim blaming then and I haven’t seen that this time, which is a positive shift.”

.@greg_inglis: I am very apologetic. It’s a lesson everyone should learn and take away from this. If you’re not right to drive you should always have a plan b.

Gauci is critical of the ARL (Australian Rugby League) Commission for remaining on the sidelines as its players ran amok this summer.

“Whether they (the ARL Commission) have the authority or not to stand a player down, they’re in a position of accountability for the game,” Gauci said.

“To remain silent on these matters is inexcusable. If they are people of principle, they have an opportunity and responsibility to take a stand and match the NRL’s rhetoric.”

Current Storm chairman Bart Campbell backs Gauci’s view, emailing other club bosses to warn them that “standing around while Rome burns is not good enough”.

Professor Albury does not accept that a predominantly male work environment such as those within NRL clubs is necessarily responsible for a culture of bad behaviour.

“I’m wary of how the term toxic masculinity is thrown around as though masculinity itself is toxic,” Professor Albury said.

“There are plenty of all-male environments that don’t accept or condone violence.”

Parsons believes that the NRL needs to educate players around the value of their standing in the wider community and how it is a personal asset.

“The tipping point will be when you have an athlete making a million dollars out of their social currency rather than just their football,” Parsons said.

“Then they’ll be more invested in their own behaviour.”

“If you look at the overall attendances and the split in the demographics of who’s attending the game – particularly around gender – women are being lost to the game.

“The TV revenue is strong, but if you look at the corporate world and the level of sponsorship of the code, there is a commercial impact on the clubs due to the game’s reputational standing.”

Scandalous summer won’t hit the NRL where it hurts, but the sport must act