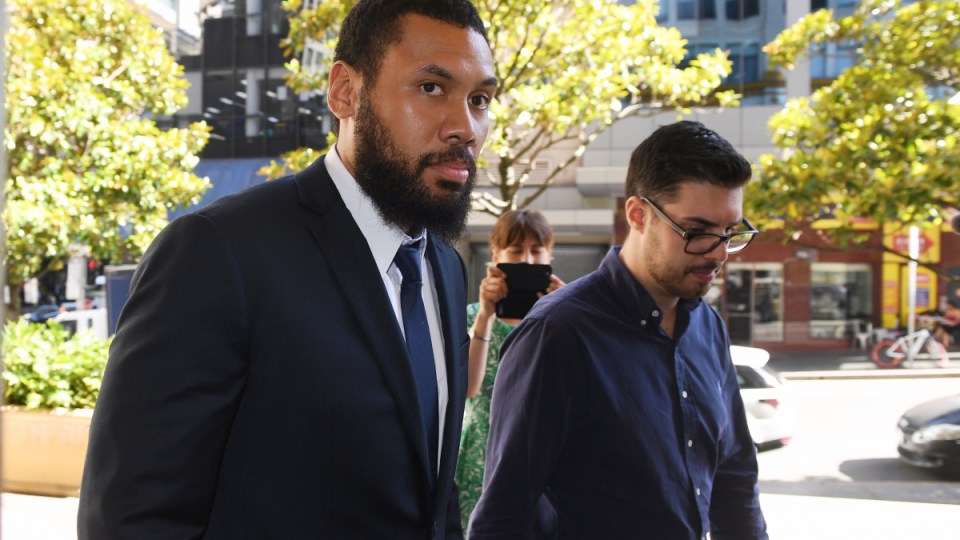 Canterbury Bulldogs players Adam Elliott and Asipeli Fine have avoided jail time for their behaviour during the club’s mad Monday celebrations, despite a magistrate describing it as “disgraceful”.

Elliot, 24, and Fine, 26, pleaded guilty to wilful and obscene exposure, after photographs were published in the media of them dancing naked on tables during the club’s end-of-season function at the Harbour View Hotel in the Rocks in September.

“You have exacted enormous reputational harm on yourself, your club and your code,” Magistrate Mottley said.

“Fine, you are regarded as a humble, well-mannered man who has clearly made a mistake.

“Adam Elliot, you have a habit of making poor decisions, inflicted by alcohol.

“This is not your first time before the courts but you have made a valuable contribution to your community and been through enough public shaming.”

Neither player was fined or had a criminal conviction recorded, but each was handed a two-year good behaviour bond.

The maximum sentence for the offence is six months’ jail and a $1,100 fine.

Magistrate Mottley said she did not want to embarrass the men further by going through the police facts in court, but she described the players’ behaviour as reckless.

“It’s clear you were highly intoxicated at a private function, which you intended to be private, stoked on by a crowd, but your conduct was disgraceful to yourself and any standards of decency.”

“You were putting on a performance for the crowd, which you did not intend to offend any member of the public”

Before the sentencing Fine’s lawyer Elias Tabchouri applied for his client to be discharged on mental health grounds, but that was rejected by the judge.

The club finished 12th on the NRL ladder.

Fine is off-contract after suffering a serious hip injury six days after the mad Monday incident.

Elliot is signed with the Bulldogs until the end of the 2020 season.

Another player was photographed during the mad Monday event vomiting in the street and has been fined for offensive conduct.

The NRL has fined the Bulldogs $250,000 over the behaviour for damaging the game.