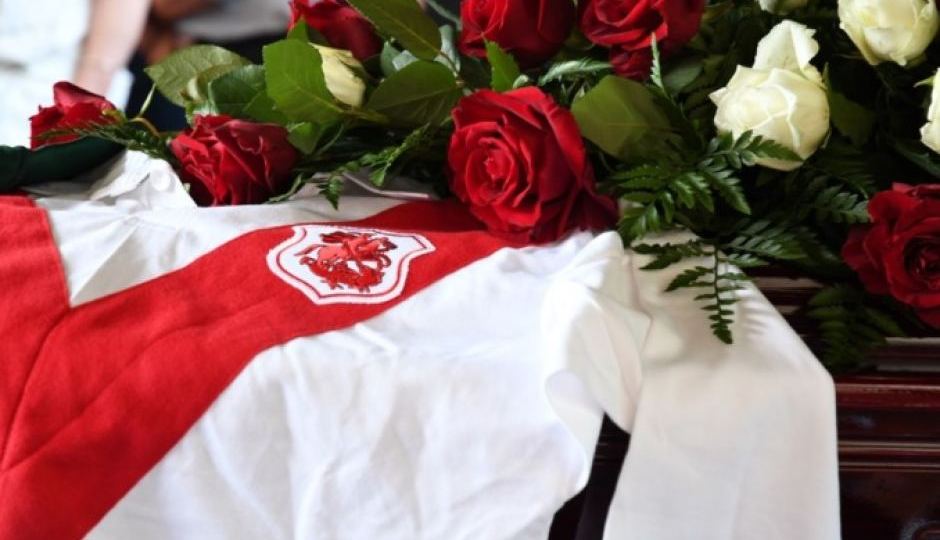 Friends and family have paid tribute to rugby league legend Graeme ‘Changa’ Langlands at a memorial in Sydney’s south, while revealing he was a man who did not seem to fit into life off the field.

Hundreds of mourners gathered in Sutherland, which was attended by current and former players.

Langlands’ daughter said the 76-year-old, who died earlier this month, will be remembered for his “sharp tongue” and “incredible loyalty”.

“On the field, there’s no doubt, that his life was complete,” Monique Langlands said.

“However, off the field he was a man who struggled at times to find a peaceful ease, like normal life was just never a natural fit.

“If there was ever a time that we needed him, he was there, no questions asked, nothing asked for in return.

“Your fight has been worthy, the whistle may have blown, but your soul and spirit is forever with us.”

Ms Langlands added her father was an extremely private man, especially to his family.

“Obviously, he was one of the greatest that ever laced up a boot for the red and white,” he said.

“I’m pretty sure when these blokes run out on the field this year they’ll always have a thought for Changa in their minds and that might certainly spur them on.”

He was one of just eight “immortals” of rugby league.

In November 2017, he was charged with six counts of indecent dealings with a girl under 16, offences which allegedly occurred in the 1980s on the Gold Coast.

His lawyers argued he was unfit for trial due to his advanced dementia and the case was later adjourned to March this year.

Langlands died at Sutherland Shire nursing home, where he resided as an Alzheimer’s patient.