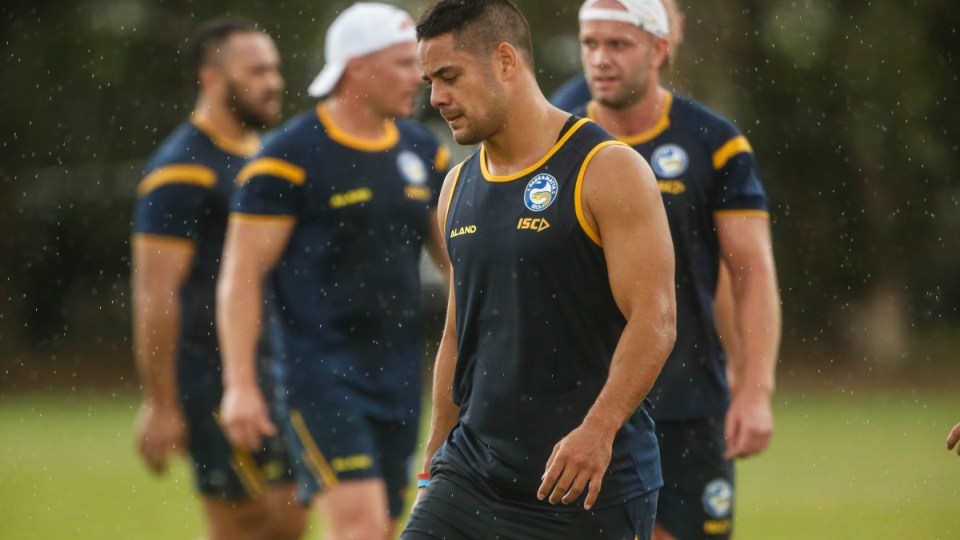 Hayne spoke to the press after a training session with the Parramatta Eels. Photo: AAP

NRL player Jarryd Hayne has spoken for the first time on rape allegations, saying he firmly denies the accusations and looks forward to clearing his name.

“I guess everything,” he told journalists in Sydney on Wednesday when asked how he felt when first hearing of the civil lawsuit he faces in the US.

“I don’t think you can describe the feeling. But I guess you just have to go through it and let the justice system run its course.”

He said the ordeal had been “tough” for his family.

“It’s been pretty emotional too. Just seeing them get ambushed and I guess, that sort of thing was pretty disappointing and hard to watch.

“They’re strong. They’re getting through it and we’ll get through this.”

The star player has hired Mark Baute as his US attorney. Baute successfully defended NBA star Derrick Rose against rape accusations in 2016.

“Mr Hayne is innocent and will ask a United States jury to find him innocent,” Baute said in a statement.

“There is no objective evidence of any sexual assault in this matter and the lawsuit lacks merit.

“We do not intend to ‘try this case in the media’ and will refrain from further public comment, other than to say that Mr Hayne and I look forward to the day when a jury can decide he is innocent.”

The case against Hayne is a civil suit, not a criminal matter. The plaintiff attempted to bring criminal charges but the local District Attorney’s Office rejected it on the basis of insufficient evidence in October 2016.

Ms V alleges that in October 2016 she was “heavily intoxicated” when she met Hayne in a bar after an NFL game, and that he later took her to his home in an Uber, where he had sex with her without her consent.

Hayne left the Parramatta Eels rugby league club to pursue an NFL career with the 49ers, ultimately making their 2015 roster. He retired from the NFL in May 2016 and has this year returned to the Eels.

Hayne speaks out on rape allegation: ‘I firmly deny it’