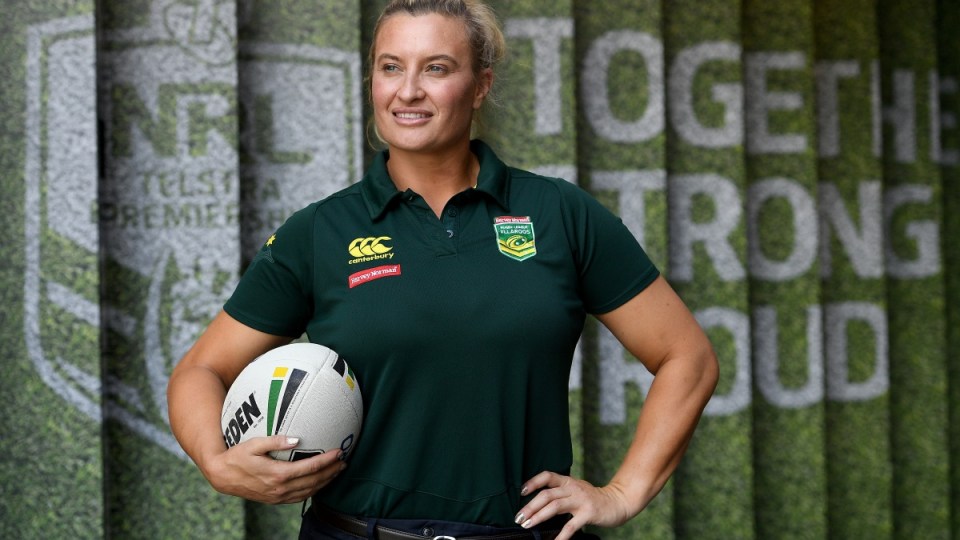 The NRL has outlined its momentous plans to take on the AFLW with a televised national women’s premiership to be launched in 2018.

Up to six NRL teams will be granted franchises with the tender process expected to be finalised in March for a women’s State of Origin between New South Wales and Queensland.

St George Illawarra, Cronulla, South Sydney, Brisbane and the Warriors shape as natural fits for possible licences because of their already strong presence in the women’s game and geography, though NRL CEO Todd Greenberg predicted competition for franchises would be stiff.

“It’s something that we’ve been discussing as more of a tangible opportunity in the last 12 months,” Sims said. “I honestly thought it would be 2020 by the time we got there.

With a boom in popularity in women’s sport – such as the AFLW, W-League, Super Netball and WNBL – rugby league is one of the last major sports to announce an elite women’s competition, however, they’re bullish about slicing off a major market share.

NRL CEO Todd Greenberg called it the first step towards a 24-round, fully professional, elite competition to be played alongside the men’s.

“It’s the first step. And it is a journey,” Mr Greenberg said.

“We’ve got to be very careful and prudent about how we put these systems in place because rugby league is a tough sport and we want to make sure we have all the care around our players and the physical training that’s needed, the technique that’s needed.

“The Women’s game has become an attraction in its own right and anyone who has seen the Jillaroos in action cannot help but be impressed by the skills and athleticism on display.

“We’re starting with one step at a time but this is a momentous day for the game.”

The inaugural competition is expected to run from August to September.

Matches will be played alongside NRL finals games with the final to be played as a curtain raiser to the men’s grand final at ANZ Stadium on September 30.

The annual Queensland v NSW match – formerly known as the Women’s Interstate Challenge – will be rebranded as State of Origin and will be played on the standalone representative weekend ahead of Origin II in July.

There will be a centralised contracting system with 40 Jillaroos players to receive pay deals on top of their national women’s championship match fees.

There will also be a national combine designed to attract and poach the best talent from other sports including Australian Rules, soccer, cricket, netball and rugby union.