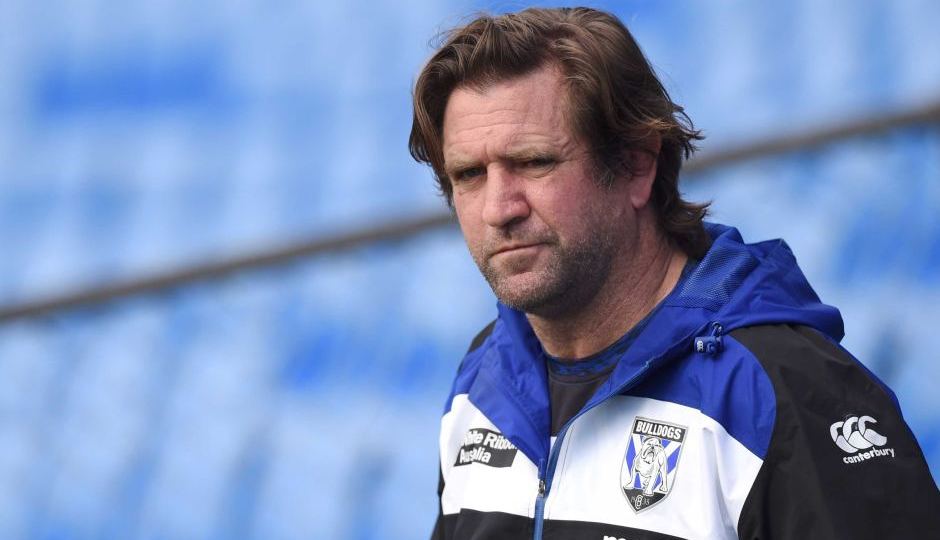 Des Hasler and the Bulldogs look set for a legal stoush. Photo: AAP

Former Bulldogs coach Des Hasler is suing the NRL club for breach of contract after he was sacked despite having reportedly signed a new two-year deal.

Lawyers acting for Hasler filed a statement of claim in the NSW Supreme Court this week.

Chairman Ray Dib claimed at the time the deal was not legally binding.

“The board has made the decision not to renew that contract and going forward there will be no liabilities for the club for the next two years.”

However the Bulldogs had spruiked Hasler’s re-signing in an April 3 press release and press conference.

“Coach Des Hasler will remain with the Canterbury-Bankstown Bulldogs for the next two years after signing a contract extension that will keep him at the club until the end of the 2019 season,” the club said in a statement.

Hasler’s claim was filed on Monday and the case is listed for a directions hearing on December 1.

“The club intends to defend the matter,” Dib said in a statement on Tuesday.

“Given that the matter is now before the courts it is not appropriate for any further comment to be made by the club regarding the dispute.”