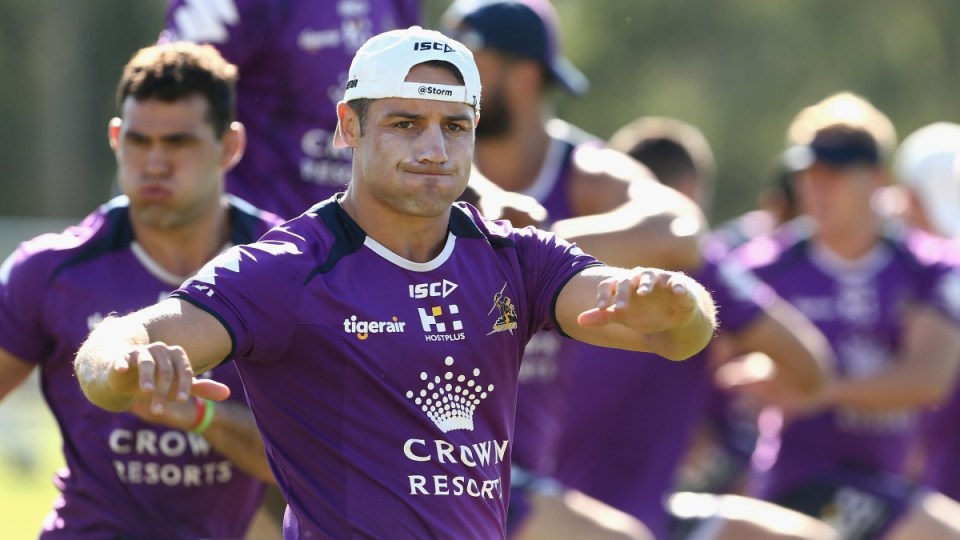 Cooper Cronk will leave a massive hole in the Storm line-up. Photo: Getty

The Storm are due to sit down in the coming days to devise a plan to replace one of the greatest halfbacks of the NRL era, following his announcement earlier in the week he will move to Sydney at the end of the season.

While Sydney clubs scramble to enlist Cronk’s services, Melbourne have been forced to consider who could possibly fill the 33-year-old’s shoes.

Foran is on a one-year deal with the Warriors and made his return to the NRL last week after personal problems kept him out of the game for almost a year.

“He’s a wonderful player, Kieran, and he has been for a long period of time,” Bellamy told reporters on Thursday.

“He’s a quality player but we haven’t actually going to spoke about what we’re going to do just yet.” 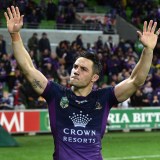 Those discussions are set to examine all options, with Bellamy not ruling out either a halfback with proven NRL experience or a younger replacement from within the Storm’s ranks.

“Whatever comes out in that meeting, that’s not going to be 100 per cent what’s going to happen,” Bellamy said.

“You might go after someone and miss them. You might not decide to go after another halfback and strengthen a few areas – I’m not quite sure.”

“Until then we’re not going to rush into any decision.”

While Tigers half Mitch Moses will be at Canterbury next year, there are still 10 first-choice playmakers available including Foran, Canterbury’s Josh Reynolds, Brisbane’s Anthony Milford and St George Illawarra’s Gareth Widdop.

“There’s a whole heap of halfbacks and five-eighths off contract,” Bellamy said.

“At the end of the day they will come into consideration.”

“Having said that, we’ve got a couple of good young halves playing lower grades with us; Ryley Jacks has done a tremendous job for us as well.”

Jacks has taken over at five-eighth this season and Bellamy doesn’t see a switch to No.7 as beyond him.

“It doesn’t matter whether you have seven or six on your jumper just as long as one of them’s organising the team,” Jacks said.

The Storm face Cronulla on Sunday afternoon in a grand final rematch, with prop Jordan McLean again in doubt due to a calf injury.