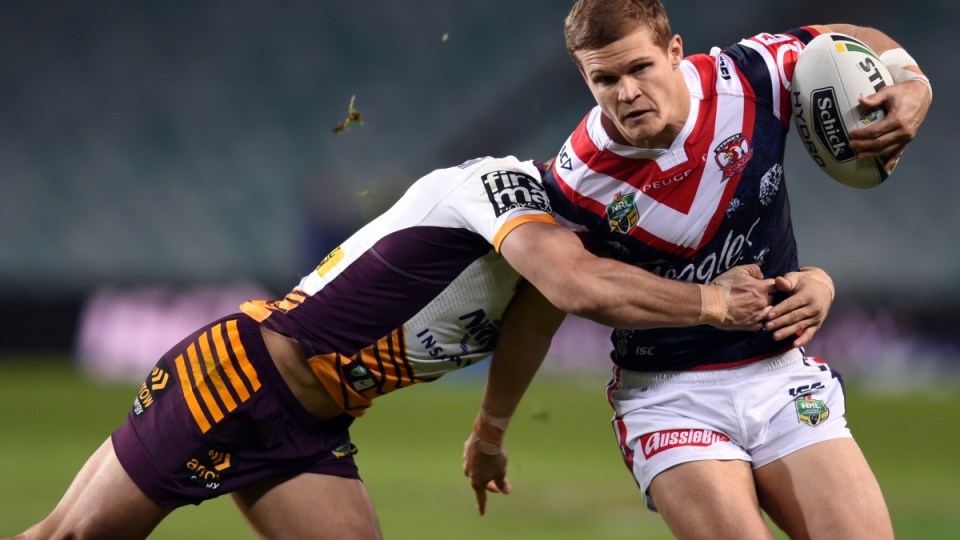 Instead of the panic button, Gold Coast coach Neil Henry is set to reach out for Sydney Roosters centre Dale Copley after the Titans’ depleted backline stocks took another hit with Jarryd Hayne out for up to six weeks.

Henry said Copley looked like the “right fit” after being told Hayne didn’t require surgery but would be sidelined for at least a month of rugby league due to significant ankle ligament damage.

“He could be an outside chance. We will have a look,” Henry said of recruiting out-of-favour Rooster Copley.

“He could certainly be the right fit.

“We could use some outside backs at the moment.”

Ex-Broncos flyer Copley has another two seasons left on his Roosters contract but looks set to be tempted to head north after spending the first two NRL rounds in reserve grade. 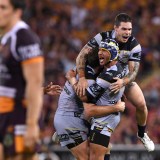 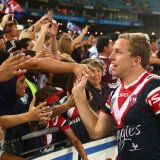 Our surprising pick for the NRL premiership in 2017

But Henry warned there was “no quick fix” to their unprecedented back line injury crisis.

Besides Hayne, winger Anthony Don and hooker Karl Lawton have shoulder injuries and also face four to six weeks out in the wake of their 34-26 last round loss in Newcastle.

A total of 10 backline options are now either sidelined or battling to be fit.

It’s a nightmare situation for Henry – and it only looks like getting worse.

The Titans on Friday night host an undefeated Parramatta – a team Henry described as the NRL “benchmark”.

But Henry said: “We are not panicking.

“It’s two rounds in. There are a number of teams who have lost both their games.

“We need to build a couple of wins and if we can do that then we can get players back and hopefully get on a bit of a run.”

That may be easier said than done without their backline stars.

Former Titans skipper William Zillman (calf) and English import Dan Sarginson (knee) are a chance to return from injury and vie for Hayne’s No.1 jersey.

“I don’t think I have had this many out this early in the season for a long time, if ever,” Henry said.

“It’s a tough time for the club.

“And we are coming up against a Parramatta side that are the benchmark.

“They will come here with a lot of confidence.”

Henry said they won’t be putting up the white flag on Friday night.

“We can’t compromise what we are trying to do – we need to set the benchmark higher,” he said.