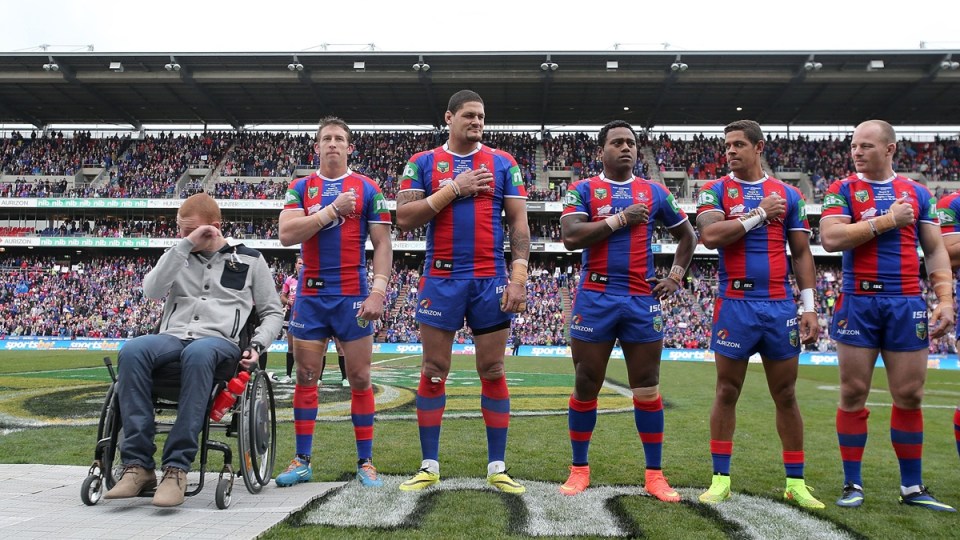 McKinnon was moved by the reception he got at a 2014 fixture. Photo: Getty

The former Newcastle Knights rugby league player has publicly signalled his intention to sue Melbourne Storm player Jordan MacLean, who was suspended by the NRL Judiciary for seven games for throwing McKinnon to the ground during a regular season game in 2014.

The tackle left McKinnon a paraplegic for the rest of his life.

McKinnon, now 24, is also planning to sue the NRL in a move that could change the football code forever.

Lawyers who specialise in negligence claims say McKinnon’s prospects of securing compensation do not hinge on his lawyers showing that his injury was the result of a deliberate act. 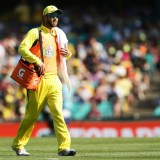 Darren Lehmann: What Mitchell Marsh and Glenn Maxwell need to do 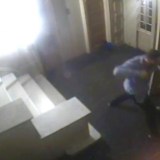 Matthew Lodge: The NRL player who told women ‘this is the night you will die’ 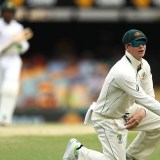 Nicholas Gordon, a special counsel with NSW legal firm Holman Webb, believes McKinnon could be in line for a large payout by demonstrating to a court that the injury stemmed from a negligent tackle.

“He might not necessarily have to prove intent on the part of the person who tackled him,” Mr Gordon told The New Daily.

“He might be eligible for such compensation by proving only that the player who tackled him was negligent.”

Stephen Meade, a leading sports lawyer at K&L Gates in Melbourne, said intent was not a requirement for negligence claims to be successful.

“If negligence is established and liability is found to exist, then there’s no additional requirement for an intent to cause injury for a court to find against a person causing that injury,” Mr Meade told The New Daily.

“A person can also be liable in negligence for his or her reckless acts.”

Mr Meade said the law requires participants in contact sports such as rugby league to accept inherent risks of injury, but that acceptance of risk was not absolute.

“There are limits to it,” he said.

NRL in the line of fire

While Mr McKinnon stunned sections of the media on Monday after he flagged his plan to sue the NRL, lawyers suspect his claim is unlikely to break new legal ground.

Mr Meade said many claims for negligence had been brought against other peak or governing sports bodies.

“It might be unprecedented in rugby league that the organising body gets sued, but there have been many instances in other sports where athletes suffering serious injuries have sued their peak or governing bodies,” he said.

“Governing bodies are uniquely placed to minimise the risks underlying injuries because they have control over some of the most important factors such as the state of the pitch and the nature and enforcement of rules.

“But rarely is one entity or person entirely responsible for a serious sporting injury.”

After suffering the injury, McKinnon was paid $750,000 for the two years remaining on his contract by Newcastle and also received $500,000 compensation from the NRL.

However, he has publicly stated that his medical and nursing expenses are likely to run into the millions for the rest of his life.

With his ability to earn income severely restricted, he is now seeking damages that reflect the likely future costs for his care.

That Australian sportspeople owe a duty of care to their opponents is a well-established legal principle.

So, rather than setting a legal precedent, McKinnon’s claim is more likely to draw on case law that dates back at least 50 years.

In 1966, the High Court began to define the responsibilities that participants in sports competitions owe each other in a case known as Rootes v Shelton.

Those obligations were more clearly spelt out by a NSW court in 1990 in Johnston v Fraser, where a jockey riding recklessly in a horse race was found to have contributed to a rival’s fall and injuries.

Alex McKinnon: How the NRL star could win millions in damages