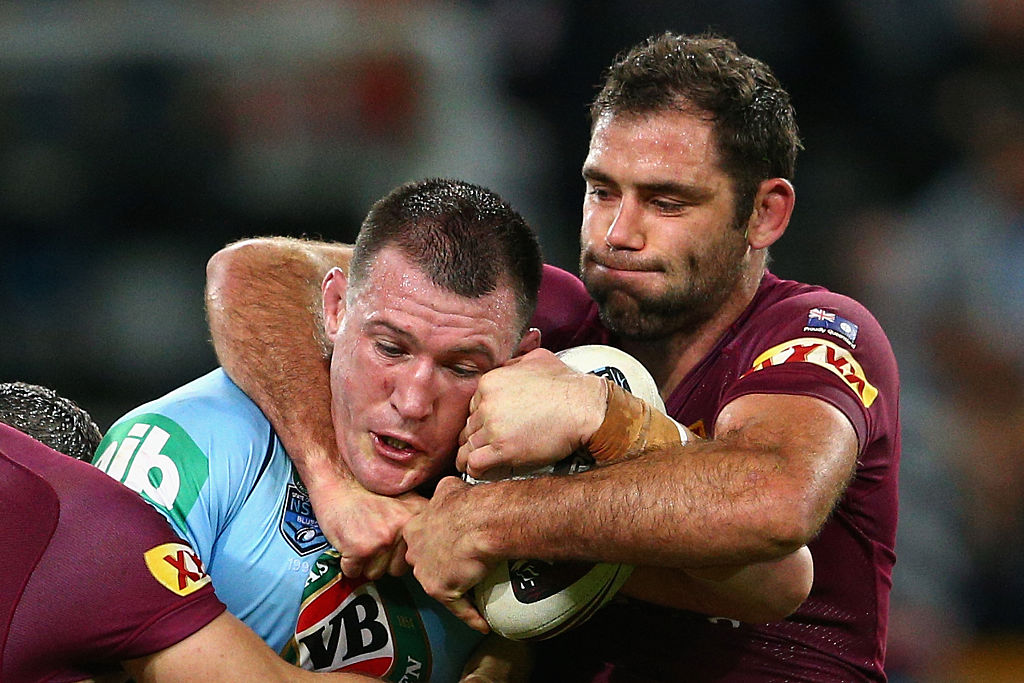 Thurston could barely control his rage after retiring skipper Gallen turned his back on Maroons captain Cameron Smith’s heartfelt post-match speech and led NSW off the field.

After raising the Origin trophy to mark Queensland’s 10th series win in 11 years, Smith was paying tribute to Gallen while the oblivious NSW captain led his team off ANZ Stadium.

It was a bad look after Gallen had criticised Queensland for being “bad winners” ahead of his 24th and final Origin for NSW.

“I don’t want to get into a slanging match here but it was pretty disrespectful,” Thurston said.

“I think that typifies what that team is about.

“I think it is disrespectful to walk off while our captain speaks.

“But at the end of the day we will hold the shield for another 12 months.”

Thurston said Gallen’s actions had only fired Queensland up to add to their dynasty in 2017.

“Yeah, no doubt about it,” he said. “It was disappointing what they did.”

Gallen did not help his cause when asked about the incident, saying he “didn’t even notice” Smith’s post-match ceremony speech.

Maroons captain Smith was also not impressed after also accepting the Wally Lewis Medal as player of the Origin series.

“It’s something our team wouldn’t do,” he said of NSW’s walkoff.

When told what NSW did, Queensland coach Kevin Walters added: “That’s extremely disrespectful I would have thought.”

“He tried to pump up the series and he does a good job at that,” Smith said. “For a team that has won 10 series in 11 years I think we have been very gracious in victories and losses.”

NSW sealed the win thanks to Michael Jennings’ try with 78 seconds left on the clock.

It denied Queensland a rare whitewash after yet another series win.

“It’s a bittersweet feeling,” Thurston said. “We were good enough for 79 minutes but it wasn’t good enough in the end.”