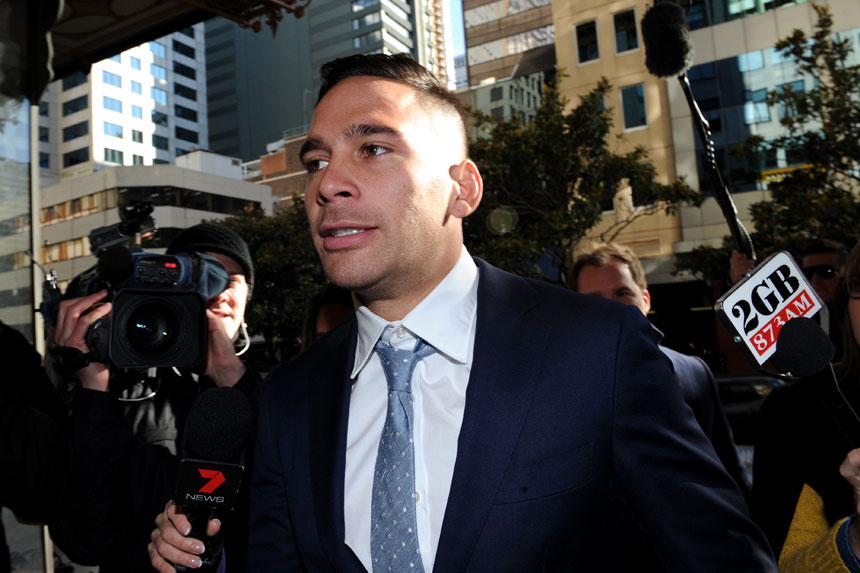 A Sydney magistrate has refused a request not to record a conviction against Parramatta Eels player Corey Norman, after he pleaded guilty today to drug possession.

Norman, 25, pleaded guilty in Downing Centre Local Court after being caught with a container of MDMA capsules and another prescribed, restricted substance at Sydney’s Star casino in May.

Norman was among a group of men at The Star when he was caught with two MDMA capsules in a container and the prescription drug Antenex.

CCTV footage showed Norman handling the container but not consuming any of its contents, even though another man did.

The NRL player pleaded guilty at the earliest opportunity and his lawyer said there was no doubt about his remorse.

He also pointed out that Norman did not consume the substances and has never recorded a positive drug test.

Police and the prosecution did not oppose a Section 10 order, where no conviction would be recorded, but Magistrate Michael Price decided he would record a conviction and also fined Norman $400.