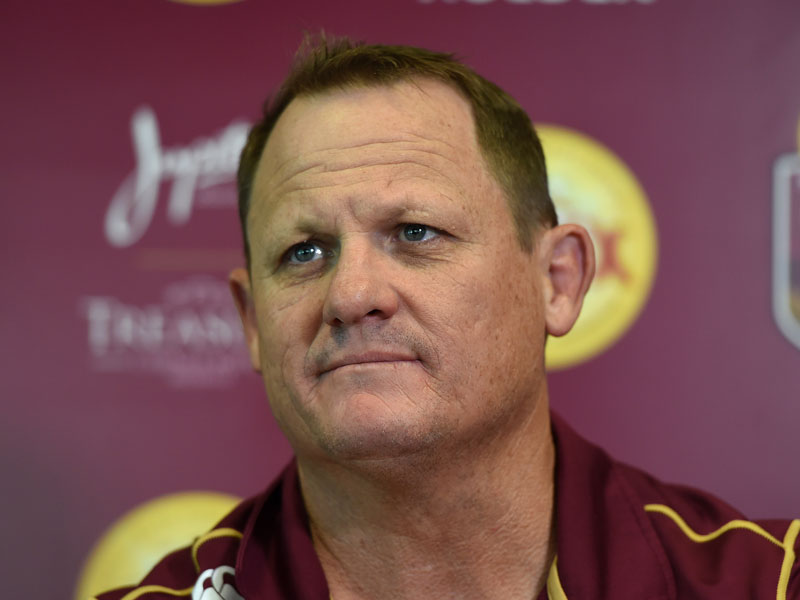 Coach Kevin Walters has hit back at Paul Gallen’s claim that Queensland are “bad winners”, saying the Maroons’ State of Origin dominance is built on humility.

But Walters refused to take aim at Gallen, admitting it would be a “big ask” to complete a 3-0 series sweep at ANZ Stadium on Wednesday night against a Blues side hoping to provide a fitting farewell to their longtime skipper.

Gallen had a parting shot at the Maroons ahead of his 24th and final Origin, claiming Queenslanders lacked humility.

The Maroons have won 10 of the last 11 Origin series and are aiming to complete their fifth series whitewash on Wednesday night.

But Walters said they weren’t getting ahead of themselves, despite what Gallen said of some sledging by Maroons players following game two.

“I think it is a bit of banter. It is State of Origin – you are allowed to be a bit cheeky,” Walters said of Gallen’s claim.

“He is entitled to his opinion. He’s had 10 years at this level – you would expect nothing but passion from him.

“I am sure he will be leading from the front again tomorrow night.”

Asked if Gallen had been disrespectful, Walters said: “I think he has showed respect over his time towards Queensland players.

“NSW will want to send him off on a high note.

“But Queensland have a different opinion on that. We have our own guy riding off into the sunset, Corey Parker.”

Veteran lock Parker will play his 19th and final Origin on Wednesday night.

Walters hoped to send Parker off a winner but noted he had no experience in sealing an Origin whitewash despite his time as an assistant under previous coach Mal Meninga.

“I have never been involved in a 3-0 series – it is foreign territory for me,” Walters said.

Origin whitewash will be a ‘big ask’ for Queensland