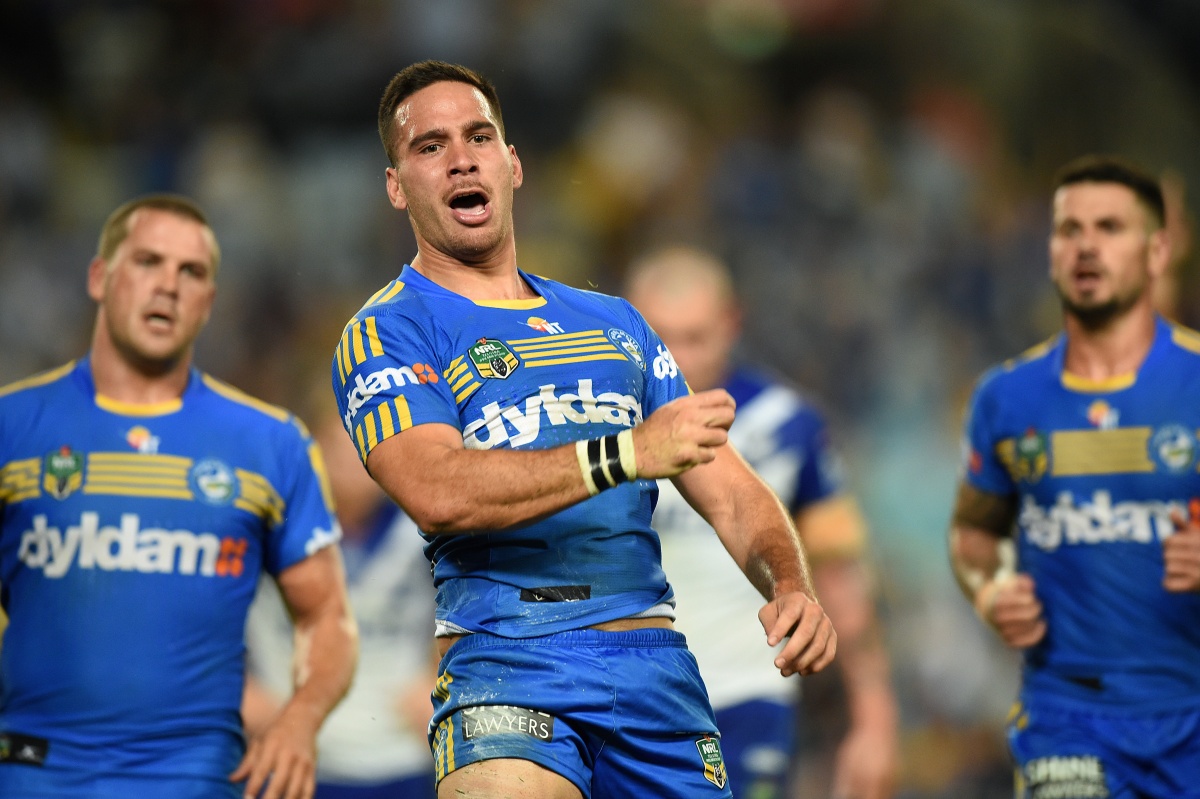 Parramatta’s season from hell has plunged to yet another low after claims two sex tapes involving star Corey Norman are being shopped to media outlets.

The Seven Network reported that two video clips, both involving Norman, are being sold for up to $150,000 to various television stations in a scandalous extortion attempt.

One clip reportedly shows the Eels five-eighth in a room where others are allegedly using illicit drugs but Norman himself does not partake.

The other video reportedly shows Norman in a room with former Penrith hooker James Segeyaro and a naked woman.

There is no suggestion of any illegal activity from Norman or Segeyaro.

“The club has been made aware of the alleged issue regarding Corey Norman this afternoon,” an Eels spokesperson told AAP.

“We will undertake an internal investigation and provide a report to the NRL integrity unit.”

The revelations come just two days before the former Brisbane player is due to appear in court on two drug charges stemming from a May night at The Star casino in Sydney.

Both Norman and Segeyaro, together with former Parramatta prop Junior Paulo, were later issued with warnings by organised crime squad detectives for consorting with criminals on the night in question.

Norman, who is currently in discussions to remain with the club once his contract expires at the end of the season, has been a shining light for the Eels on the field in 2016.

The 25-year-old enjoyed arguably his best performance of the year in last Friday’s win over the Sydney Roosters, where he set up four tries in a man-of-the-match effort.

Segeyaro was a roommate of Norman’s before making his Super League debut with Leeds last weekend after being let go by Penrith in a player swap involving English international Zak Hardaker.

“Maybe you’ve got to put a question mark over the company he’s keeping,” Sterling said on Triple M.

“But if he hasn’t done anything wrong I don’t see what he’s got to answer for unless we learn more.”

“This could destroy him. Why don’t they publicly shame the person giving up Norman? This is the rank world we live in. It makes me sick to my stomach,” Johns said.