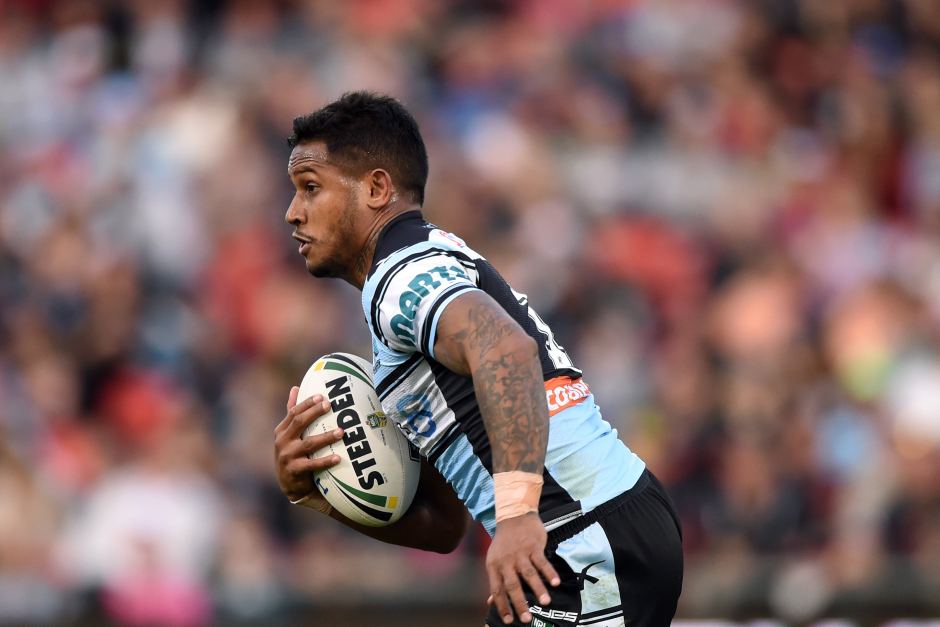 Cronulla have become just the fifth NRL team to record 13 straight wins after easily accounting for Penrith 26-10 on Sunday evening.

They may have been missing five players to State of Origin duty but the Sharks weren’t short on star power, with fullback Ben Barba bagging an eye-catching first half double.

In arguably his best outing of the season, the 2012 Dally M medallist finished the night with two tries, a try assist, five tackle breaks, three line breaks and a line break assist.

The win, which consolidates their spot atop the NRL ladder, was set up by a remarkable defensive showing inside the opening 20 minutes, where they turned the Panthers away 26 times inside their 20-metre zone.

Despite being without Wade Graham, Jack Bird, James Maloney, Andrew Fifita and skipper Paul Gallen, there was no let-up in defensive tenacity in an opening quarter dominated by the Panthers.

In front of a strong crowd of 12,682 at Pepper Stadium, Cronulla had just three plays down in the opposition red zone when Barba showed off his signature acceleration on a Fa’amanu Brown pass.

He mirrored the effort on a Gerard Beale offload seven minutes later.

By the time the Sharks took an 8-6 lead into halftime, the Sharks had defended 33 plays inside their own 20-metre line compared to just three, conceding one try in the process.

The home side then unravelled after the break, with Will Smith twice at fault for Sharks tries down his edge, beginning with a bad read that ended in Barba setting up Mitch Brown in the 51st.

The utility then compounded his error with a simple dropped ball on his own line three minutes later, gifting Joseph Paulo the Sharks’ fourth try of the match.
Former Panthers star Luke Lewis sealed the win in the 70th minute.

After Sharks winger Valentine Holmes missed his opening three shots at goal, halfback Chad Townsend took over and finished with a perfect three from three on the night.

The defeat consigns the Panthers to 10th spot on the table ahead of a difficult road trip to Brisbane next week, while the Sharks next face the struggling Sydney Roosters.