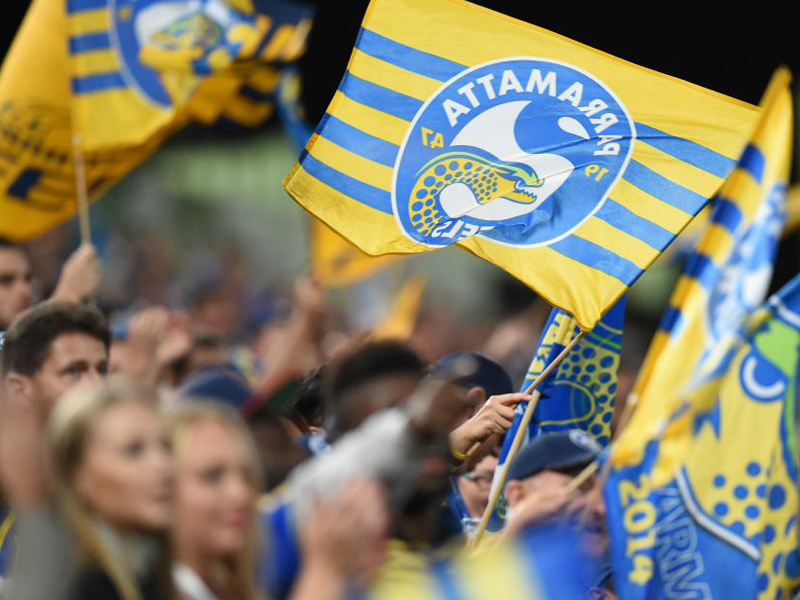 The hammer has finally come down on the Parramatta Eels for their systemic salary cap rorting, with the NRL ratifying the club’s 12-point penalty among an assortment of punishments.

Also confirmed are a $1 million fine, the deregistration of five former board officials, as well as the stripping of the club’s 2016 Auckland Nines title – which will cost the club a further $370,000 in prize money.

The 12-point penalty sees the Eels plummet from fifth on the NRL ladder down to 12th place on 12 points.

The Eels were accused of breaking the NRL’s salary cap in five of the previous six seasons. Parramatta was $570,000 over the cap this year before the club was forced to get rid of a number of players.

The NRL claimed the club hid payments, issued fake invoices to suppliers before passing those payments on to players, as well as procuring illegal third-party agreements.

In a statement, NRL chief executive Todd Greenberg said he had considered the responses from the Eels and its five officials to the May 3 breach notices, but there was “insufficient information … to warrant any change to the penalties originally proposed”.

“The overall impression that I got from the responses is that no one at the club has taken responsibility for the deliberate, systemic and blatant breaches of the salary cap,” Greenberg said.

“We have to take a stand to demonstrate that the NRL will not tolerate contraventions of the salary cap which plays such a crucial role in giving us one of the closest competitions in Australian sport.”

Greenberg said the club can appeal the ban, but it should now focus on improving the governance and operations of the club, with the NRL’s assistance.

“The Parramatta club now has one of the biggest decisions it has ever had to make in its 69 year history,” Greenberg said in a statement.

“It can appeal the decision, which is its right, or it can accept this decision and turn Parramatta into the powerhouse club it should be.

“It is my view that it is time for the club to move on and do the right thing by [coach] Brad Arthur, the players and the fans.”

Speaking to the media, Greenberg said the NRL wanted to work with “the right group” to move the club forward.

“From what I understand, there are three separate groups looking to make a play for the board. We need to think carefully and work with the right group to make sure that ownership and the running of this club is what it should be,” he said.

“A clear message I’d like to provide to Parramatta members this morning is they must make clear decisions here to put people in charge of their club that puts their players and their fans first.

Greenberg reserved praise for the club’s players and coach, saying they had been “phenomenal” in turning up every week amid the chaos surrounding the Eels.

“Having dealt with Brad Arthur and the senior players over this period, they’re probably the most resilient group of young footballers that I’ve ever encountered and their performance last night [against the Roosters] showed that,” Greenberg said.

“Their ability to be able to continue to turn up to do a job has been nothing short of phenomenal and I think they should be very proud of themselves.”

In May, an NRL statement said the club had hidden or misrepresented payments to players with the “knowledge and approval of various club directors and senior executives”.

The NRL’s Integrity Unit had made preliminary findings that Parramatta had, since 2013, been operating a system designed to exceed the salary cap without detection.

An Eels fans group, led by club member Chris Losco, has gathered over 100 signatures in an effort to overthrow the entire club board, with the exception of Geoff Gerard who will head up a committee to select a replacement board.

It has been a tumultuous season for the Eels, who have seen big-name recruit Kieran Foran walk away from the game on “indefinite leave”.

After the memorable 22-18 win over the Sydney Roosters on Friday night, Eels coach Brad Arthur said the club will look to move on once the ruling was made official.

“As for the off-field dramas, it’s just another week. We’ll get the ruling tomorrow from the NRL and we’ll just move on and we’ve got Penrith next week,” he said.