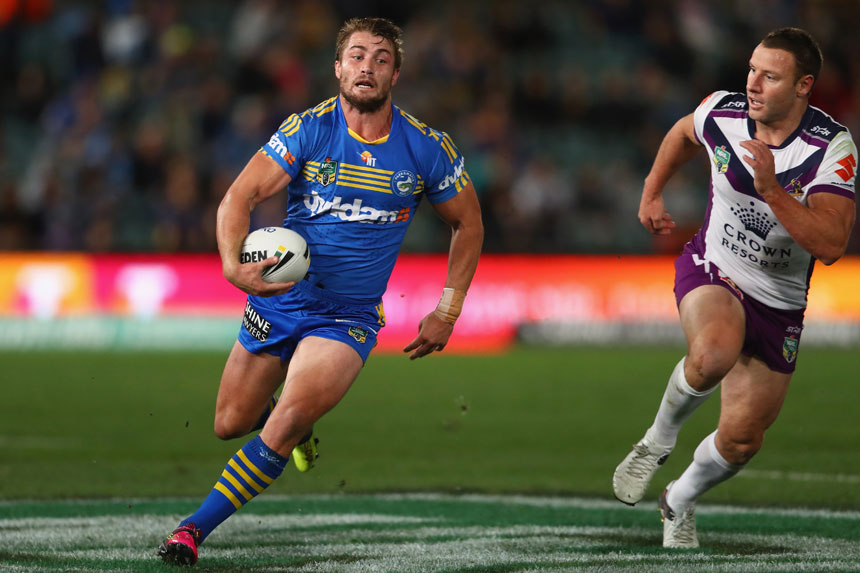 Parramatta playmaker Kieran Foran’s future is uncertain after he informed the NRL club he needs “indefinite leave” from the sport.

The 25-year-old has suffered a range of issues in 2016, from the breakdown of his relationship to depression and an overdose on prescription medicine.

Foran was also stripped of Parramatta’s captaincy last week and handed a breach notice after missing a rehabilitation session on his injured shoulder.

After a day of talk surrounding his future, Foran issued a statement through his management late on Friday evening that confirmed he had walked away from the game.

“Kieran Foran has informed the Parramatta Eels that he needs indefinite leave from rugby league,” it read.

Foran then added: “Right now, my health and family are my concerns and I hope the club and supporters of the Eels respect that.

“I want to thank the Eels for everything they have done for me.”

Speculation on his future swirled right throughout Friday, with the Eels initially releasing a strangely worded statement that did not quash the reports, instead saying they had not been asked by Foran’s management for a release.

Multiple news outlets reported that Foran had quit the club on Friday.

The Eels said in that earlier statement that “Kieran’s welfare is the club’s primary concern and the Eels will continue to offer him all the resources available to aid in his recovery.”

Parramatta coach Brad Arthur shared a similar view on Friday night before the Eels came from 18-6 down to secure a 22-18 win over the Sydney Roosters.

“Obviously he needs some time away from the game. His priorities are to get himself right.”

“We all know he was on a lucrative contract of around $1.2million or $1.3million per season and he’s willing to put that on hold, put his rugby league career on hold and get his personal life in order,” former New South Wales centre Ryan Girdler told Triple M.

“That to me shows where Kieran is at.”

The New Zealand international is already being linked with a return to Manly.

Foran played 147 NRL games with the Sea Eagles after making his debut in 2009, including the club’s 2011 grand final victory.

He could also rejoin former coach Des Hasler – who coached Manly to that premiership success – at Canterbury, or switch to the Sydney Roosters to play alongside good mate Mitchell Pearce.

Foran has been ruled out of the rest of the NRL season due to a shoulder injury suffered in round 11.

But he has been remiss in attending rehabilitation, something that resulted in him being hit with the breach notice.

If Foran does leave the Eels, it could pave the way for Jarryd Hayne to return after his stint in the NFL and his endeavours to play rugby union sevens at the Rio Olympics.

“All of a sudden Parramatta have $1.2million free a year, and to sign Jarryd Hayne they would need about $1.5million so it makes a real possibility,” he told Triple M.

“There’s no doubt Parramatta will be armed with cash to sign Jarryd Hayne.”

Foran has had a troubled year in which he was treated for depression in a Brisbane clinic in late April following an overdose of prescription medicine.

He has also been involved in a battle with the Sea Eagles over $150,000 worth of third-party agreements while playing only nine games for Parramatta.

The drama continues a year from hell for Parramatta, labelled their “worst ever” by club great Peter Sterling.

The club was fined $1.25million and five officials were deregistered after being found guilty of salary cap breaches in May.

They were also stripped of 12 NRL points, lost their Auckland Nines pre-season title and were forced to get rid of players to become salary-cap compliant.

In addition to that, and Foran’s ongoing dramas, winger Semi Radradra was charged with domestic violence offences and served with an apprehended violence order.

And in May, Corey Norman was charged with possessing prohibited drugs.