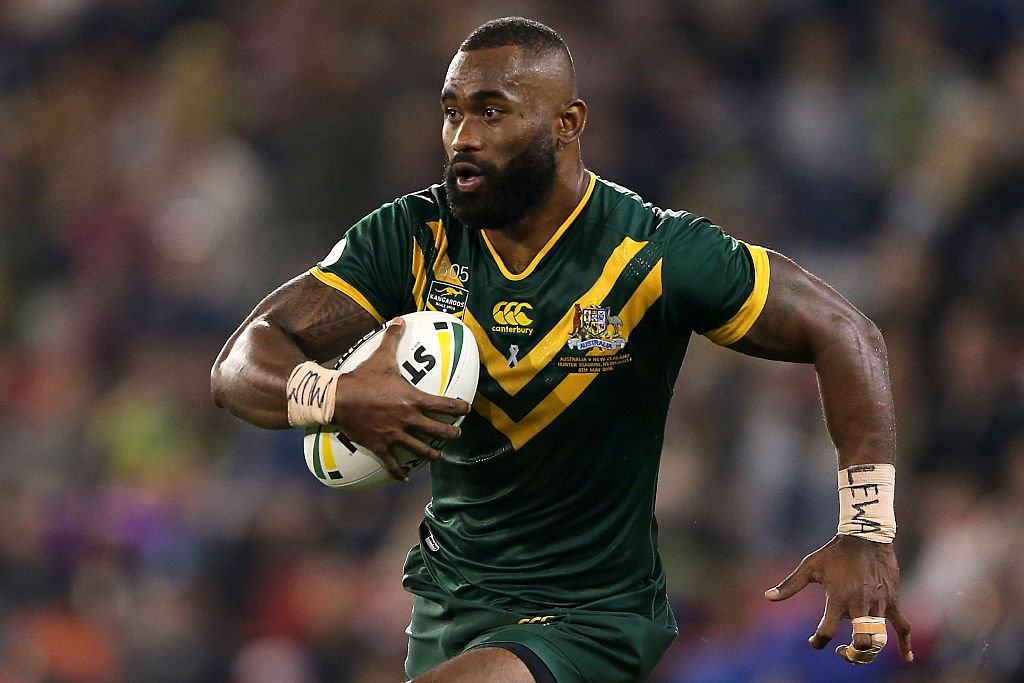 But even if you barely take a passing interest in rugby league — or sports generally — no doubt the Parramatta winger has flooded your news feeds in recent weeks.

Radradra was granted leave to return to his native Fiji during the Eels’ bye week to visit family, with his father reportedly unwell.

Nothing unusual about that — until rumours swirled that he was set to leave Parramatta and the NRL to take up a lucrative rugby union contract in France, despite being under contract until the end of 2017.

The ‘Will he stay or go?’ debate raged while Radradra missed deadlines to return from his island sojourn.

Radradra’s employers reluctantly extended his leave, but publicly declared they were confident he would fulfil his contractual obligations.

The story took a dark turn last week when his former partner, Perina Ting, made a complaint to police about alleged incidents of domestic violence in 2014 and 2015.

Radradra was served with an Apprehended Violence Order and charged after being arrested at Sydney airport upon his belated return to Australia on Thursday night, before playing in Parramatta’s 34-24 loss to Cronulla on Saturday.

Regrettably, athletes breaking contracts and being subject to criminal charges is far from uncommon — so why all the fuss about a quietly spoken 24-year-old Fijian bloke who debuted less than three seasons ago?

Why are fans, pundits and administrators on tenterhooks? And why is this guy being thrust into the consciousness of non-league followers?

Firstly, Radradra is a phenomenal footballer and a unique talent; no winger has captured the public’s imagination to the same extent since the heyday another Parramatta freight train, the legendary winger Eric Grothe.

Think the destructive qualities of All Blacks icon the late Jonah Lomu, combined with silky ball skills and innate game sense not usually attributed to wing-men of Radradra’s size and powerhouse style.

In a competition where anything better than a try every two games is regarded as an outstanding strike-rate, the ‘Semi-Trailer’, as he is known, has racked up 58 tries in 64 games since breaking into first grade in 2013.

Last season, Radradra led the NRL with a mind-boggling 24 tries in just 18 appearance on his way to a second-straight Dally M Winger of the Year award.

He is much more than a finisher, however, regularly creating scoring opportunities for teammates, getting through a mountain of work every week, and coming up with vital plays at both ends of the field.

Radradra was an instant cult hero and has become one of the NRL’s biggest superstars in a short time.

Few fair-minded people could begrudge Radradra accepting the mountains of cash being offered by French rugby outfit Bordeaux, estimated to be in the vicinity of $35,000 per match (his reported Eels salary is a comparatively modest $375,000).

There are also massive tax breaks available for athletes in France, and Radradra heavily supports his family back in Fiji, along with Ting and the pair’s 18-month-old daughter.

But a defection would rankle with rugby league traditionalists after Suva-born Radradra — who only moved to Australia as a 19-year-old — was controversially chosen to represent the Kangaroos in the Anzac test clash with New Zealand in May.

Radradra is ineligible for State of Origin selection, but the former Fiji international qualified for Australia under the three-year residency rule.

If he turns his back on the game just months after donning the green-and-gold, there will be a backlash probably not seen since Sonny Bill Williams’ infamous walkout on the Bulldogs in 2008.

Ironically, Ting revealed Radradra’s admiration of Williams was part of the appeal of following an identical path to French rugby union.

The furore has added to Parramatta’s year from hell, which began with a salary cap scandal and has continued with superstar recruit Kieran Foran’s off-field problems and gun playmaker Corey Norman’s arrest on drugs charges.

Of course, the welfare of Ting and their daughter is the most important factor in this maelstrom.

But Radradra’s profile and the fishbowl nature of Australian sport ensure he’ll dominate daily news cycles until his future is resolved.