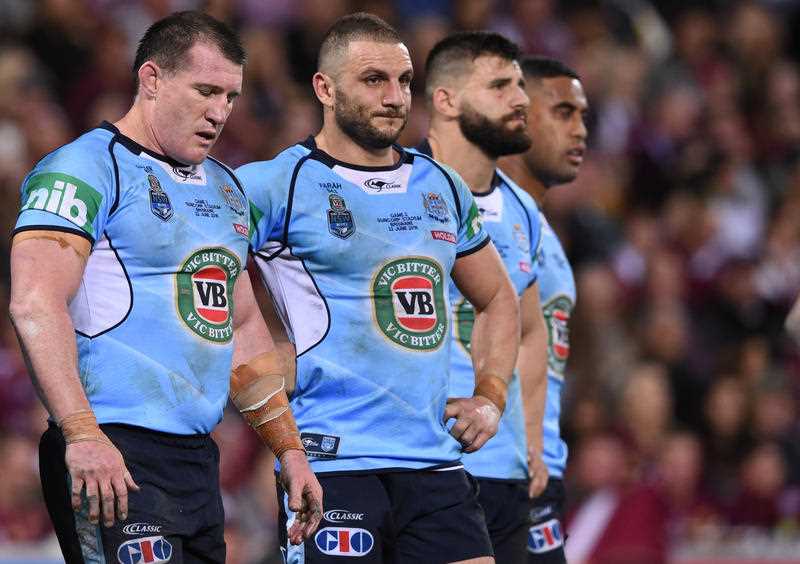 Gould could only really have been firing shots at captain Paul Gallen as he absolved coach Laurie Daley, but did not say if he thought the problems were higher than the coach.

After the game, Gould railed against the “selfish” and “domineering” nature of NSW’s leadership group over the past few years.

“I’ve been astonished by the selfishness around this camp and around this team and in the leadership group,” he said on the Nine Network’s post-match show.

“I don’t think it’s allowed the team to evolve and have its own culture and chemistry. It’s been all about a few individuals and not about the state and the team.”

The criticism came alongside praise of the ability of five-eighth Johnathan Thurston, half-back Cooper Cronk and Queensland captain Cameron Smith, who Andrew Johns labelled the best player he had seen since Wally Lewis.

Smith, Thurston and Cronk led Queensland brilliantly at Lang Park, sharing playmaking duties and not allowing NSW’s comeback attempts to gather steam, something the Blues look incapable of emulating, according to Gould.

“I think that’s why we haven’t cultivated our own playmaker group.”

‘The wrong people’ take over: Gould

Johns said he did not see anyone who could grab the game by the scruff of the neck “and say come with me. I don’t see it from anyone”. And Gould agreed wholeheartedly.

“And that’s really been governing NSW’s performances for some time.”

It is not out of character for Gould to criticise Gallen, who on Wednesday equalled Danny Buderus’ record for the most games as NSW skipper with 15.

Last year, while Gallen was injured and had missed the Blues’ loss in game one of the 2015 series, Gould took aim, saying he did not understand why it was a foregone conclusion that the Sharks veteran would return.

He even went so far as to imply Gallen was done as a Blue.

Gallen, who has since announced 2016 will be his final year as an Origin player, has also been accused of chasing statistics in the past, opting for big hit-ups at the wrong times.