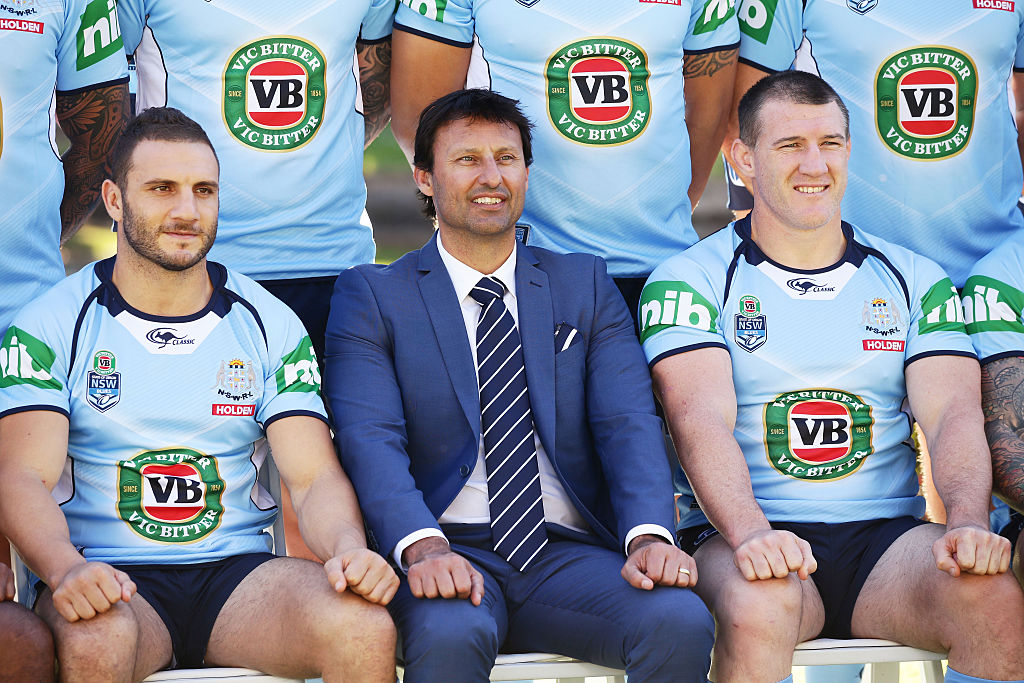 No matter the outcome of this year’s State of Origin series, Robbie Farah is adamant NSW coach Laurie Daley will remain at the helm next season.

Despite being contracted until the end of 2017, Daley’s job could be on the line when his Blues look to save the series on Wednesday week, with a number of NSW greats turning on the former Origin legend.

Blues icons Andrew Johns and Phil Gould have been scathing of Daley’s attacking game plans, while Tommy Raudonikis insists Daley “has to go” if Queensland wrap up the series in Brisbane.

However, Blues rake Farah on Tuesday threw his support behind Daley.

“Laurie will be the coach and should be the coach. For me, that’s not in question,” Farah told AAP.

“I can’t speak enough about what he’s done for us as a group. He’s building a really strong culture here and I think he’s the man that should take it forward for a few more years to come at least.”

Daley will forever be crowned the Blues’ coach who ended Queensland’s eight-year reign in the Origin arena in 2014, but is just 80 minutes away from a third series loss in four campaigns.

Melbourne mentor Craig Bellamy is the only coach to have survived back-to-back series defeats, however Daley insists he’s not feeling the heat.

“There’s more people going through more stress or pressure in their lives than what I do. I’m a guy who is very thankful for the position he has. I love it and it’s certainly not stressful.”

“He’s done good in building the brand and culture. Ricky Stuart’s started it and Laurie’s continued it and done an amazing job,” Gallen said.

“You can’t coach forever, but he’s doing a good job at the moment.”

Day one of Blues camp in Coffs Harbour was off to a horrible start with Wade Graham charged by the NRL match review committee with a grade-one careless high tackle, putting his Origin debut in doubt.

The Cronulla second-rower collared North Queensland star Johnathan Thurston with a high shot, and will head back to Sydney on Wednesday to argue his case at the judiciary.

Gallen also revealed he would be unable to train until Thursday as he battled an ankle complaint but wasn’t in danger of missing the match.

Daley will be Blues coach next year: Robbie Farah